If East Kidwai Nagar exemplified bad urban planning, the proposed “redevelopment” of the housing colonies into prime commercial property is a simple land-grab.

In this election season, political parties have included environmental promises in their manifestoes. Yet, many residents of Delhi are looking to the high court to protect them from government decisions that will dramatically worsen living conditions in the city.

In a city where residents suffer from the effects of year-round air pollution, large-scale tree felling, and a water crisis, and where social housing is in such short supply, the decisions on these projects are critical than pre-election assurances.

The East Kidwai Nagar (EKN) project is a gated office-cum-housing complex located between Sarojini Nagar and South Extension. It was designed by the Congress government in 2007; construction started in 2014.

While the Ministry of Housing and Urban Affairs (MoHUA) calls this its flagship project, it has been stalled by the court for faulty design and incomplete assessments of its effect on traffic, water and dust pollution. The National Green Tribunal fined the project for non-compliance of legal safeguards. Since August last year, the Delhi high court has held up the hand-over of possession of flats due to unresolved issues.

Also read: India’s Urban Redevelopment Is in the Hands of One Monopolistic Company

The area involved is 571 acres. The ministry has contracted the construction of three of the seven colonies: Netaji, Nauroji and Sarojini Nagar, to NBCC despite its poor delivery of the EKN project.

The contract is full of generous, open-ended clauses that allow NBCC to generate windfall profits while the environmental and social costs of the project are externalised to the public.

These construction projects backed by the government show no intent to follow the rule book. The 7GRPA was declared by MoHUA as one project in July 2016, to maximise the land use provisions of the Delhi Master Plan. However, it pursued seven separate environmental approvals to avoid declaring its total cumulative impacts on public infrastructure and the ecology. It is due to this deliberate ploy that the NBCC earned the government’s approval to build a 100% commercial world trade centre in Nauroji Nagar, a residential area as per the MPD.

In a hearing in October 2018, the Delhi high court allowed NBCC to proceed “in accordance with law” and seek fresh approval for six of the seven projects, while it continues to hear the matter related to Nauroji Nagar, whose construction it stayed.

The projects have sought fresh environmental approvals for a second time between November 2018 and March this year. Again, the project proponents have not disclosed the integrated nature of this project in their revised proposals. The projects have failed to declare their cumulative impacts in Form 1 of their applications seeking approval. 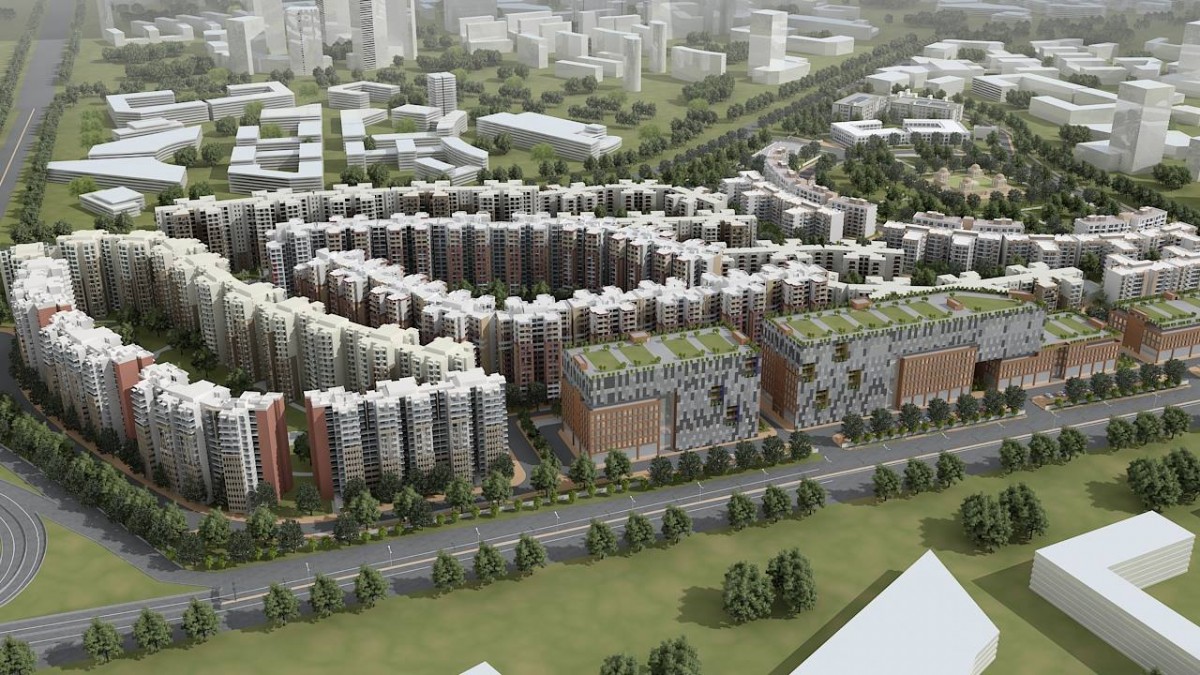 The environment ministry’s Expert Appraisal Committee (EAC) for infrastructure has given a go ahead to the Netaji and Sarojini Nagar sites, based on “new” environment impact assessments (EIAs) that use old and incorrect data that are under question in the high court. These are all violations of the provisions of the EIA notification, 2006. The issues related to water availability, the need for additional government housing and the additional load on traffic that were raised by the Delhi high court back in June 2018 remain sidelined in the new studies.

The court ordered no work to be carried out in all the seven sites. Yet, NBCC has continued to demolish houses in the said colonies. Dumping demolition waste has destroyed standing trees in several sites and the management of these areas has suffered since residents have been made to leave. Erstwhile residents have shared pictures of dead or dying animals and of fallen trees in these empty colonies. These have been brought to the notice of the police and NBCC . Contempt petitions have been filed in court, which are yet to be heard.

Politics in place of regulation

Although trees have been felled and damaged by these project operations, the people of Delhi concerned with this loss of ecology have no local institutions to turn to.

Two crucial regulatory bodies that could have studied the impacts of these projects on Delhi are the State Environmental Impact Assessment Authority (SEIAA) and the Delhi Tree Authority. While the first is mandated to support the local government to take decisions on infrastructure projects based on their impact assessments, the second is empowered to undertake critical studies to assess impacts, carry out tree censuses and oversee efforts to compensate the loss of trees in the city.

Also read: Is There a Method to Delhi’s Re-Developmental Madness?

In SEIAA has been non-operational for more than a year. These projects should have been placed before the Delhi SEIAA, which includes members of the Delhi government. But due to its absence, the 7GPRA was vetted by the EAC under the Central government. Since the 7GPRA is essentially a project of the MoHUA, in effect the Centre has approved its own projects. The EAC has pushed these projects twice; once before the court case and again after the October order, where they recommended approval to the projects “subject to the outcome of the pending case in the Delhi High Court”.

The Tree Authority is to be set up under the Delhi Preservation of Tree Act (DPTA) of 1994. Since it has been missing for the last few years, Delhi’s ecology is basically without any regulatory oversight. While the AAP government in Delhi has continually complained about the lack of full control over the governance of Delhi, in these matters where it can set up safeguard mechanisms to regulate high impact projects, it is yet to do so.

Both EKN and 7GPRA are at a crucial stage of arguments this week. In the following hearings, the courts will examine specific violations and problems of these projects and will hear the government on why it seeks to regularise these projects with legal violations, poor urban planning and serious environmental consequences.

Even as the court questions the fundamental assumptions behind these projects, “redevelopment” is being pursued by the Central government on a nationwide scale across many cities. In Delhi, more such projects are proposed in Aya Nagar, Mayapuri and Lodhi Colony. The Delhi Development Authority (DDA) has recently put out a draft TOD policy and regulations that also facilitate large-scale commercialisation and privatisation of public land. The elected Delhi government is proposing a massive tree transplantation policy without acknowledging the need to hold back the felling of its green public infrastructure.

The EKN and 7GPRA projects are useful case studies to understand what elected governments do between elections.

Manju Menon and Kanchi Kohli are researchers at the Centre for Policy Research, New Delhi.