Why Does Delhi Hide Its Treasures?

Under the pretext of protection, structures in monuments that would delight tourists are kept away from the public. 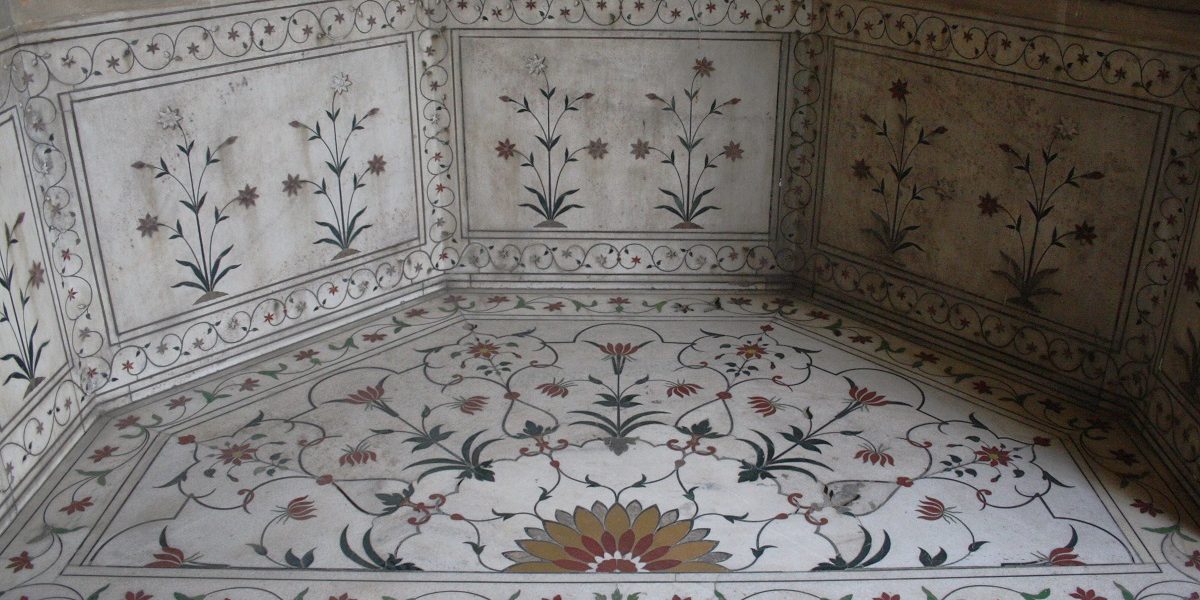 Our question is not about pearls, precious stones, diamonds, silver and gold ornaments, dagger and sword scabbards studded with jewels, shields made from tortoise shells or pistols and revolvers with ivory grips. Such treasures need to be locked and guarded.

In any case, except for family heirlooms that former maharajas have retained in exchange for their loyalty to colonial masters, the rest were looted and carried away by the British and the Portuguese, French, Dutch and other also-rans while they were trying to “civilise” us. We can only see such treasures in the various public or private museums filled with what the colonialists looted from all over the world and now shamelessly showcase.

We are talking not of these, but of the phenomenal architectural wealth that we have spread all over the country: structures that have great archaeological, architectural, aesthetic and historical value. Structures that no one except a chosen handful, principally foreign dignitaries, can see.

Though this is an all India pandemic, we will talk only of a few glaring cases from Delhi. Go to any protected monument in Delhi and sooner or later, you are likely to be confronted with a locked gate. In most cases, your path is barred by an ugly metallic grill and a huge lock. Behind this grill are parts that normal mortals have no access to.

Why access is denied is never explained. In most cases, there is no one to ask. If you are lucky to find someone, you will be told this area is not open to the public. Religious and government decisions follow the same logic, but never feel the need to explain why. Let us consider a few examples to see if there is any logic in keeping these places locked.

After the Qutub, it is the most prominent structure in Mehrauli. Though built in the time of Akbar, it follows the techniques that were the norm during the Tughlaq and Lodi period. The massive dome was supported by buttresses and because the exposed rib-like structures appeared rather ugly, they were hidden behind a wall. The resulting gallery was roofed over. This led to the creation of a maze that you could actually get lost in.

It was a place of great mystery and excitement. Anywhere else in the world, it would be a ticketed monument, with guides taking people up in small batches. They would have explained the architectural innovations involved in building a cantilever kind of support for the dome. In Delhi, we keep it locked.

The west-facing walls of both these mosques are built next to each other with a huge gallery running through their upper parts, with jharokkha balconies projecting to the rear of the mosque and a staircase that leads to the roof. Access to the gallery, the hanging balconies and the stair case leading to the roof is through stair cases built inside the north and south walls.

Why were these galleries built in these two mosques? What was the purpose of the balconies? Were they to help air circulation and to keep the mosque cool during the blistering summers? Or did they have some other purpose? If travelers, historians, architects and other history buffs knew about them, would they not be willing to buy another ticket to explore? But we have filled up the staircases with left over material from the last hiccup of restoration and locked-up the place. 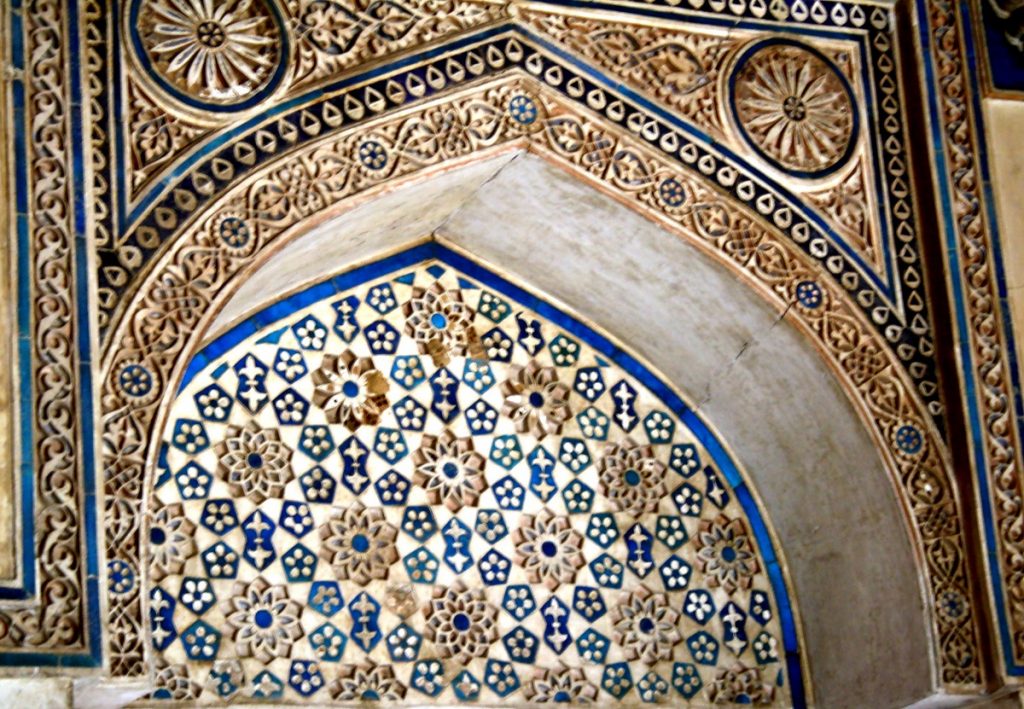 The Sheikh was popularly known as Sheikh Jamali because in his Persian poetry, he used the pen name ‘Jamali’. He was a contemporary of Ibrahim Lodi, Babar, Humayun and Guru Nanak. The mausoleum, with its stunning stucco work on the ceiling, walls covered with blue and yellow tile work and incised limestone plaster medallions inlaid with glazed tiles, is not common in and around Delhi. It is also kept locked up. The only way one can see it is to write a request letter to the superintending archaeologist of the Delhi Circle of the ASI, a few days before the intended visit, and hope for approval.

Built and so named by Sher Shah Suri, we have no idea what the building was used for. Humayun had apparently turned the building into his library. It is from here that he tumbled to his death in 1556. The two-storey tall octagonal building, with a south facing entrance, has beautiful paintings on its inner walls. There are three versions of why Humayun fell down the steps and one of it suggests that a bright heavenly body was visible in the Delhi skies and Humayun who was sitting near the steps suddenly got up to look for the bright object around sunset and slipped on the steps. This building too is locked up.

Inside the Red Fort

Many structure here are locked up. The Hammam (royal bath), with its beautiful, Pietra-Dura stone-inlay work, the Sheesh Mahal with its magical mirror inlay is out of bounds. The Deewan-e-Khas, the hall of private audience where the king sat on the peacock throne, received special guests and met his nobles for private meetings, with its famous Persian couplet, “If there be heaven on this earth, it is here, it is here, it is here” beautifully calligraphed in gold on the southern wall is also not for public viewing. The exquisitely carved Moti Masjid built by Aurangzeb for the exclusive use of the royal family and many other structures are all also up. 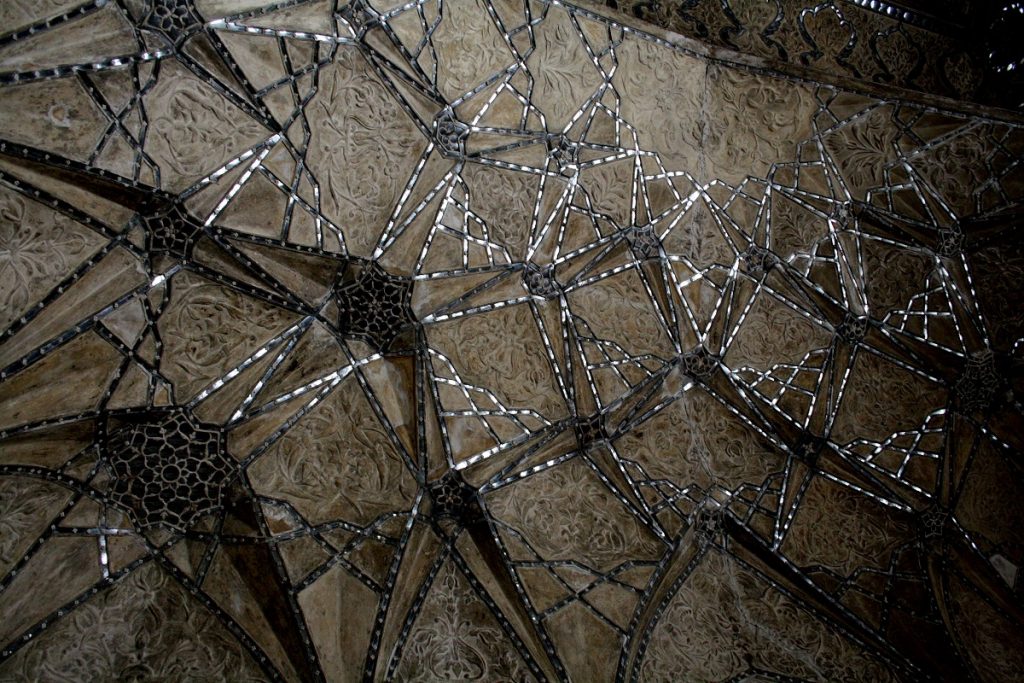 You can see the Diwan-e-Aam from outside; the others can’t be seen at all, except of course by visiting dignitaries.

One reason to keep some of these places like the Sheesh Mahal, the Hammam or the Moti Masjid locked up could be the need to protect the delicate nature of the glass, inlay or marble carvings at these sites. But certainly, arrangements can be made, as have been made at the Taj Mahal, which has the same kind of inlay work as the Red Fort Hammam. In fact, the work at the Taj is far more delicate than at the Red Fort Hammam. The Taj gets 8 million tourists every year while the red fort gets almost 50% fewer tourists than the Taj. The Hammam in the Red Fort. Credit: Sohail Hashmi

The other reason could be the lack of staff needed to protect these structures, especially from graffiti artists and those looking for opportunities to carry a little bit of the monument with them.

There is a very simple solution to both these problems: a device in use all over the world. Places that need special upkeep are charged extra. In any case, the bulk of tourists do not have the time or the inclination and those that have both, do not mind paying a little extra.

The extra revenue earned is then used for training and hiring guides and security staff posted at these sites for conducting tours of these facilities. The additional resources are also used for creating circulation areas and wooden or carpeted surfaces that protect the structures.

Differential ticketing has been introduced at the Taj already. One ticket is to see the Taj and a separate ticket to enter the mausoleum proper. The same method can be used in all protected monuments. All the senseless restrictions can be dispensed with and all the ugly and forbidding grills and locks removed. These terrible eyesores have no place inside heritage structures.