At present, there are more than 25,000 monkeys in the Asola Bhatti sanctuary and there is no count of those roaming free in human habitations. 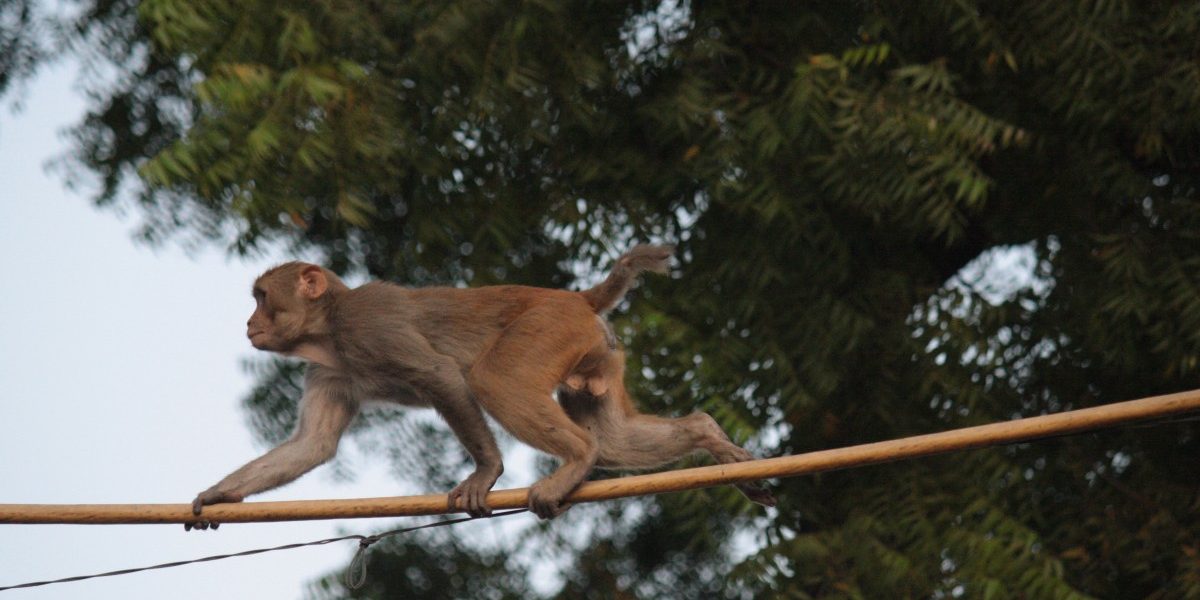 New Delhi: Three years after it was initiated, the Delhi Forest and Wildlife Department has dropped the plan to control the surging monkey population in the capital through laparoscopic sterilisation, according to officials.

The plan to use an immunocontraceptive vaccine, which can make monkeys sterile, is also off the table for now, they said.

However, the department is preparing a proposal to conduct a monkey census with the help of the Wildlife Institute of India (WII) and train monkey catchers, employed by civic bodies, at the Dehradun facility.

The decisions were taken last week at a meeting of the Enforcement Committee set up by the Delhi High Court to deal with the monkey problem in the national capital. Experts from WII also attended it.

“There was no discussion on sterilisation to control the monkey population. That plan has been dropped. Immunocontraceptive vaccine is also off the table for now. We don’t know what effect it may have on the animal population. There is no literature about its large-scale effect or a proven record of success, an official told PTI.

The officials PTI talked to acknowledged that sterilisation isn’t a successful way to deal with the monkey problem.

Also read | Review: ‘Eeb Allay Ooo!’ Is a Satire Whose Heart Beats for the Marginalised

“Sterilisation may not yield the desired results as an alpha male captured will be quickly replaced by another male. Monkeys will become aggressive which will increase cases of man-animal conflict. It is not a proven successful method,” an official said.

The department is now focusing on better management of monkeys and upgrading the skills of the catchers.

“It has been decided to send the monkey catchers employed by civic bodies for training at the Wildlife Institute of India. We are going to approach the WII and ask them to send us estimates. Thereafter, a proposal for funds will be sent to the Union government,” a senior official said.

The focus of the training will be on “ethical ways to catch monkeys and how to capture them in troops”, a member of the committee said, adding this is the first time it is being conducted.

In 2007, the Delhi High Court had asked municipal corporations to catch monkeys from human habitations and shift them to the Asola Bhatti sanctuary. It had directed the forest department to provide the animals food so that they do not venture out.

At present, there are more than 25,000 monkeys in the sanctuary and there is no count of those roaming free in human habitations, according to the officials.

The department will also ask the WII to conduct a census to determine the monkey population in the capital. However, the idea is not new.

It was decided to conduct monkey mapping in 2020 but the exercise could not be undertaken due to the COVID-19 pandemic.

“You have to follow a scientific approach – a census to identify the areas having a large concentration of monkeys. Randomly picking up a monkey and giving it a contraceptive pill amounts to nothing,” the committee member quoted above said.

The officials said civic bodies have also been asked to actively fine people found feeding monkeys in public areas and revive three centres to collect food for monkeys in the Asola Bhatti sanctuary.

The Delhi HC had ordered that no person can feed monkeys in public areas, particularly around the western command, Rashtrapati Bhawan, Connaught Place, Central Secretariat and Qutub area where they are present in large numbers.

“The MCD/NDMC is entitled to challan such persons for creating public nuisance and can impose fine in accordance with the provisions of the MCD Act/NDMC Act or any other law empowering them to act in this regard”, the 2007 order read.

The officials had earlier said that not a single monkey could be sterilised in Delhi since January 2019 when the Union government released funds to the city forest department to control the simian population through laparoscopic sterilisation.

In 2018, the then chief wildlife warden, Ishwar Singh, had prepared a three-year plan to sterilise monkeys of reproductive age to curb the monkey problem in the national capital.

The Union government sanctioned Rs 5.43 crore to the forest department in January 2019 for sterilisation of 8,000 monkeys in the first year.

The forest department floated tenders thrice, but no agency came forward to capture and sterilise monkeys. Not much could be done during the pandemic and the fund has been returned to the Union government. There is no proposal for sterilisation pending now, an official said.