Before Going the Metro Way, Cities Like Agra Should Use Apps to Fix Their Bus Service

Low ridership in the city points to the unavailability of buses on various routes forcing people to take private vehicles. 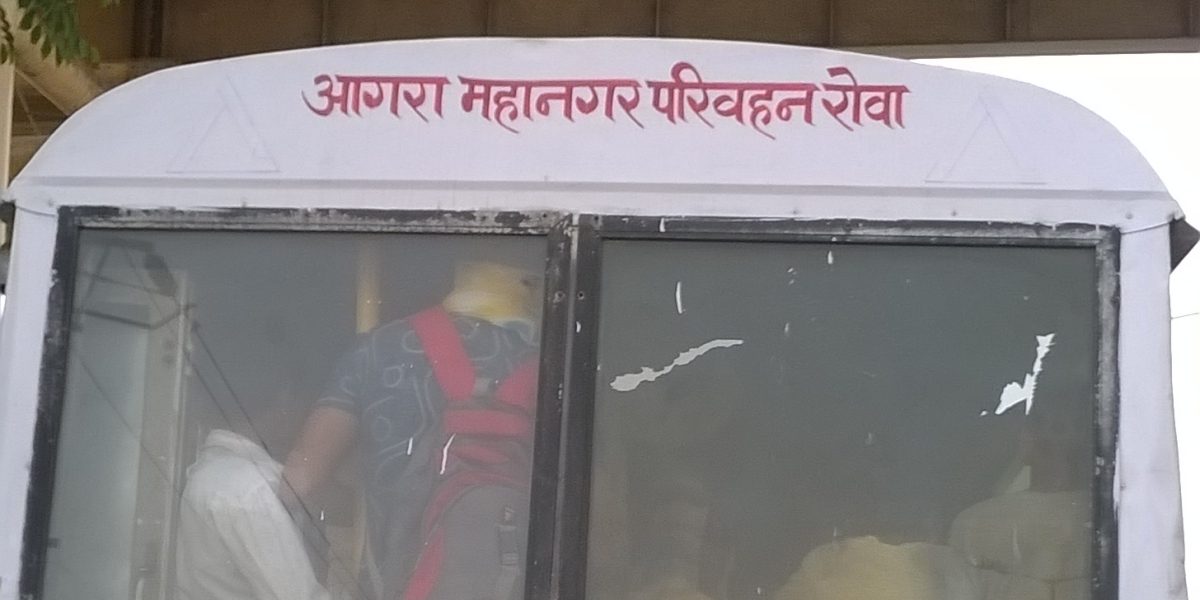 Metro rail is important to establish faster point to point transport but requires massive borrowings from global funding agencies. It is important to not overlook or skip steps in developing urban public transport options in an up and coming city like Agra. The city is yet to properly implement existing options such as the city bus service.

The bus service in the city was introduced in 2009 under the Jawaharlal Nehru National Urban Renewal Mission. In 2011, its management was transferred to the Agra Mathura City Transport Services Limited (AMCTSL). However, even after eight years, the AMCTSL website has no information about the timetable for city buses. In 2018, in response to an RTI application filed by this correspondent, AMCTSL provided the official timetable and routes for the city buses.

The official timetable and routes were compared with the actual running of the bus service via the mobile bus tracking app ‘Chalo’. The app tracks buses via GPS. It was found that the bus routes and timetables available on the Chalo app are different from the official ones. Seven out of eight routes are functional as per the information provided in the RTI response. Though there are five routes being operated according to the app which have not been mentioned in the official timetable. Also, no buses run on the route connecting Agra Fort railway station to Shamshabad village, as mentioned in the RTI response. 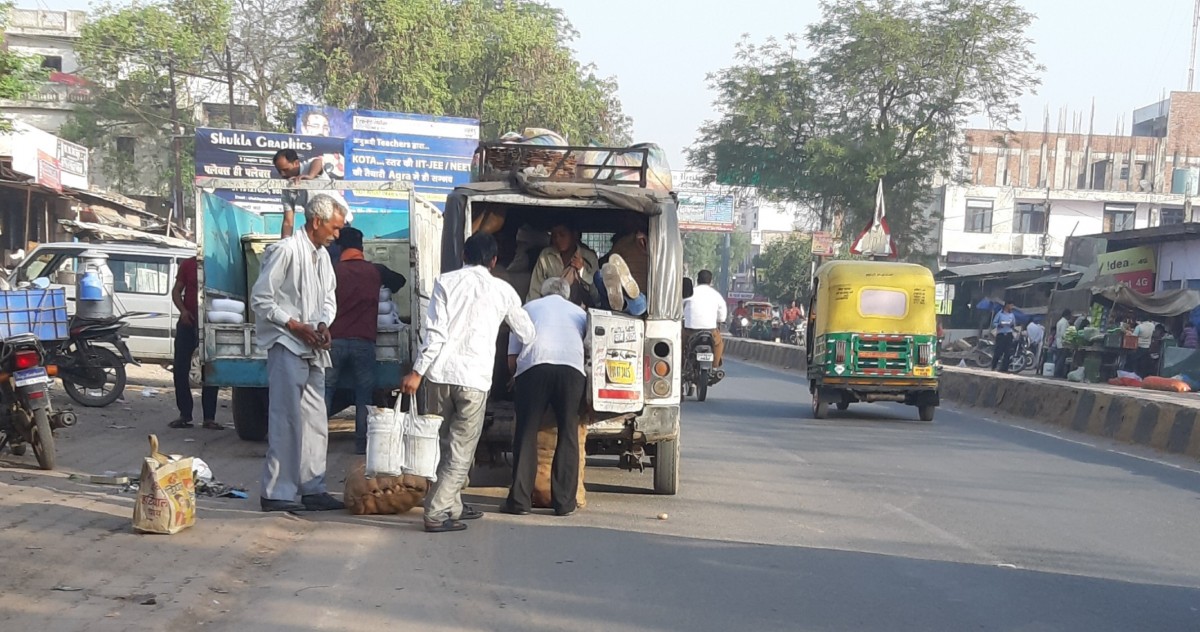 Two of the five routes not mentioned in the RTI response connect Agra to Mathura and Firozabad respectively – which are inter-city routes. City buses are most likely being operated on these routes to increase the operating kilometres of the bus service and increase their revenue. Meanwhile, many parts of the city remain unconnected by any city bus service at all.

The timetable available on the app also revealed that most buses are not operating as per their scheduled timings.

The RTI response says that that the first bus on all routes is supposed to ply at 5:30 am. According to the app though, the earliest that buses run on any route is 6:00 am. Similarly, the response says that the timing for the last bus on all routes via Mahatma Gandhi (MG) road is 9:30 pm and for suburban routes is 8:00 pm. None of the buses on MG road, as per the timetable on the mobile app, run as late as 9:30 in the evening. The latest timing shown on the app is 8:30 pm. The app does show that on some suburban routes, the last bus is scheduled at 8:00 pm but not on all of them.

Discrepancies are also found in the scheduled frequency of buses.

As per the RTI response, buses on MG road should be available every five minutes and on suburban routes every half an hour. Subsequent buses on MG road for different routes might be available at different times in the day at an interval of five minutes. But not all routes have the same destinations and commuters find it difficult to find buses for farther destinations as frequently. On three of the suburban routes, the scheduled time interval between successive buses is more than half an hour as per the app.

Lack of interconnections between radial routes

There are primarily two main points of departure for city buses – Bhagwan Talkies (the starting point of the arterial MG road) and Agra Fort (close to Yamuna road). Besides, one route operates from Idgah bus station leading to Fatehpur Sikri. These routes could be classified as radial in nature – connecting busy business centres of the city to distant locations.

But there are almost no circular routes which could ideally provide connections between radial routes on different roads. There are very few intersectional points for commuters to change buses between radial routes on different roads. This renders many locations completely inaccessible for commuters coming from distant parts of the city. The route which travels through Shamshabad road, if operated, would connect fairly densely populated urban as well as rural areas to the city. This route also provides more connecting points between some of the radial routes.

Reasons for lack of preference for city buses for commuters

There is no consistency in the average number of stops-per-kilometre between different routes. A common complaint from commuters is unavailability of proper bus stops, thus providing no fixed points for boarding and de-boarding. As buses are often stopped in the middle of the roads, commuters are perilously forced to run to  embark or disembark moving buses.

For smaller roads within the city, there are no feeder buses for transporting commuters from the more ensconced residential and commercial areas to the main roads where city buses ply. These commuters, therefore, prefer to take their own vehicles, auto-rickshaws or cabs directly to their destinations. Similarly, lack of transport options from smaller villages to main roads force rural commuters to take their own bicycles or motored two-wheelers. Many are also compelled to dangerously ride (often hanging by the side or behind) overcrowded tempos or private mini-buses.

Significance of city buses for urban public transport in Agra

The previous city bus service in Agra had ended in 1991 under severe financial duress. As reported by this correspondent, the current Agra city bus service is also making losses. But even with a decline in ridership the buses have recorded sustained levels of high occupancy. This indicates that on the routes on which they ply, commuters are willing to use these buses. Low ridership, thus, points to the unavailability of buses on various routes forcing people to take private vehicles.

City buses are important for reducing air pollution levels by disincentivising the use of private vehicles, a major source of air pollution. This is especially significant for Agra. As per the recently released 2018 Air Visual report, Agra is the 16th most polluted city in the world and 13th most polluted in the country. Construction of the metro rail projects has also been found to coincide with the drastic increase in air pollution levels as highlighted by the AP Pollution Control Board. Unlike metro projects, city bus services do not require massive infrastructural overhauls and construction work.

The ring road connecting the Yamuna expressway and the Delhi-Kolkata National Highway to Fatehabad road which leads to the  Taj Mahal, is being built further to connect to Shamshabad road and the Agra-Mumbai National Highway further down south. This would create an ideal circular route connecting some of the farthest points in the city with each other and also provide more connecting points between many radial routes. If operated on this route, the city bus service could increase its operating kilometres within the city and also its ridership for both shorter and longer distances.