Why the Future of the Building Industry Is Circular

The implications of rapid urbanisation and climate change require a fundamental shift in the manner we look at development and redevelopment. "Rod Hunt was commissioned to create a detailed and expansive map of Jodhpur by The JDH, an Urban Regeneration Project that aims to restore the Walled City of Jodhpur to its former glory, breathing new life into its invaluable landmarks and livelihoods." Credit: Rod Hunt/behance.net

The US state department’s recently unveiled plan to redevelop the 28-acre US Embassy Complex in New Delhi has reignited the debate surrounding circular economics in the building and construction industry. The redevelopment plan, conceptualised by New York-based architectural firm Weiss/Manfredi, envisions several new additions to the 61-year-old campus: an office building for the ambassador and the staff, a “support annex” of offices and a health unit, and five entry pavilions.

The most significant component of the plan, however, is the proposed restoration and reuse of the Chancery Building – an early modernist landmark designed in 1959 by architect Edward Durell Stone – as opposed to its demolition to make way for a new structure.

According to the United Nations’ 2018 Revision of World Urbanisation Prospects, 55% of the world’s population lives in urban areas, a number that is expected to increase to 68% by 2050. India is set to shoulder a large proportion of this new urban population; by 2050, Indian cities are projected to add 416 million urban dwellers. Delhi, currently the world’s second largest city, with a population of 29 million inhabitants, is also projected to continue growing and become the most populous city in the world by 2028.

Such incessant growth is set to place intense pressure on our cities’ existing infrastructural systems and resources, increase carbon emissions, and have an enormous impact on world climate. Buildings consume water and electricity and leave a significant carbon footprint – so do the acts of construction and extraction of construction materials. In fact, buildings account for one-third of global energy consumption. The construction industry, however, has been largely laggard in climate action. The World Resources Institute reports a shocking statistic showing that average energy consumption per person in the global buildings sector has remained practically unchanged since 1990. 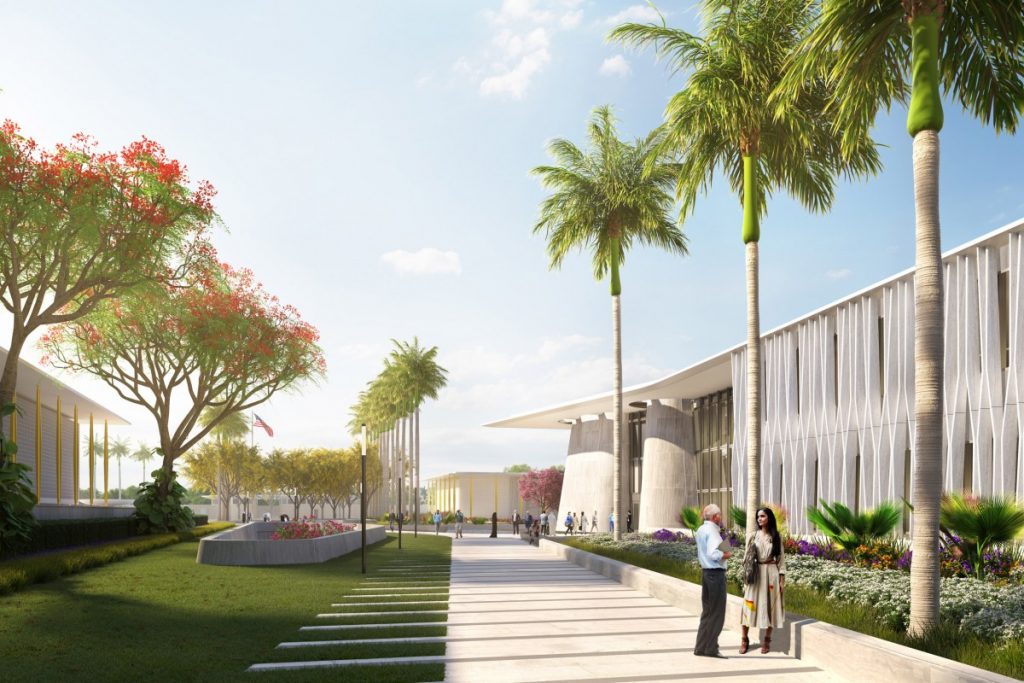 Sustainable growth is not just an idea

We are at a point of time where sustainable growth is not just an idea. We need concerted and urgent action. In an ear-splitting wake-up call late last year, the United Nations’ Intergovernmental Panel on Climate Change (IPCC) called for huge changes in land, energy, industry, buildings and transportation-use to limit global temperature increase to 2 degrees Celsius. It mandated that building-related CO2 emissions drop by 85% from 2018 levels by 2060, requiring all new and existing buildings to be net zero carbon by 2050.

So how do we ensure that our cities grow sustainably and our buildings reduce their carbon footprint incrementally? Is ‘building green’ the solution, or are there credible alternatives?

There is a growing understanding amongst architects and urban planners of the latent potential of disused and underutilised buildings and urban spaces in our cities. It points to a general progression towards socio-economic solutions emerging from the idea of circular economics to address the foundational challenges of the 21st century.

Also Read: Finding the Right Materials for Buildings of the Future

The answers to the complex problems our world faces today lie not in building capacity alone, but in reinforcing capacity – streamlining our current physical, social and economic infrastructural systems so they can perform with increased efficiency. There is a realisation that the act of building anew, though undoubtedly a driver, is not a prerequisite for socio-economic development. And this brings us to the central argument of this piece: the opportunities provided by the principles of circular economy to the building and construction industry are far too consequential to be ignored anymore.

A building’s life-cycle is conventionally viewed as being linear. Most buildings are demolished after 80-100 years of use, sometimes even sooner, to pave the way for newer developments; construction materials and components are hardly ever recycled or reused. If we begin to understand the building life-cycle as a closed loop where the building itself and all its parts lend themselves to being traded in cycles – being recycled, refurbished, and/or reused – there is a potential for a new urban framework to emerge that would be regenerative by design and resilient to the instability of the real estate market. This would also save capital and embodied energy directed towards new construction, reduce the amount of construction refuse, and significantly lower the industry’s carbon footprint.

The application of such mechanisms, within individual building projects or as urban policy, is not without precedent. A significant recent example is the retrofitting of 32 public buildings in Shanghai’s Changning district, a government-driven project that claims to have achieved 20% energy savings on average. The district has also put in place a monitoring platform that tracks energy consumption to encourage its remaining 133 public buildings to renovate, offering millions of yuan in subsidies to help managers make their buildings more energy-efficient. 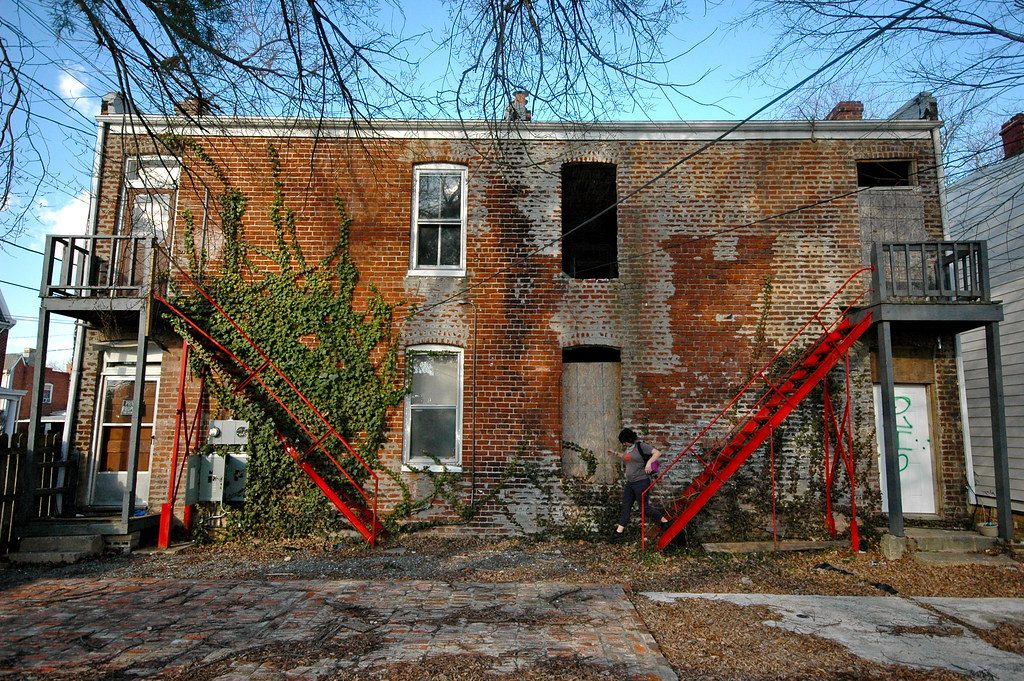 An exciting and creative approach to the retrofitting and adaptive reuse of these decaying buildings and spaces offers endless possibilities of embedding the idea of “Reduce, Recycle, Reuse” in the hitherto unexplored domain of real estate “development,” which has so far been driven by the real estate developer’s need for short and medium term profit and the architect’s need for authorship and relative ease of designing for “new” construction.

Also Read: With UN’s Roadmap to Urbanisation in Hand, It Is Time for India to Transform Its Urban Policy

There are small yet powerful examples of this approach having been implemented successfully in different domains: in the idea of workplaces as demonstrated by American giant WeWork’s conversion of an unused mall in Bengaluru to a modern workplace; in traditional industry and livelihood, as demonstrated by the World Bank-funded revitalisation of the Rajbagh Silk Factory in Srinagar; in the domain of retail in a historic precinct as demonstrated by the JDH Urban Regeneration Project in the Walled City of Jodhpur, an initiative by a group of concerned citizens and spearheaded by the Maharaja of Jodhpur himself; and in the future of our culture and collective heritage, as demonstrated by the Aga Khan Trust for Culture’s urban renewal initiative within and around the historic Nizamuddin Basti neighbourhood in Delhi, amongst their countless other projects.

A fundamental shift in the manner we look at development and redevelopment – a more frugal approach towards reusing what we have – could potentially be a low hanging fruit, a powerful solution amongst the plethora of actions that each of us need to take in contributing to a less destructive and more sustainable approach as we imagine our built future.

Ambrish Arora is design principal of Studio Lotus and an Aga Khan Award-nominated architect based in New Delhi.