Shanmuganathan has denied the allegation and has said it could be driven by "vested interests". 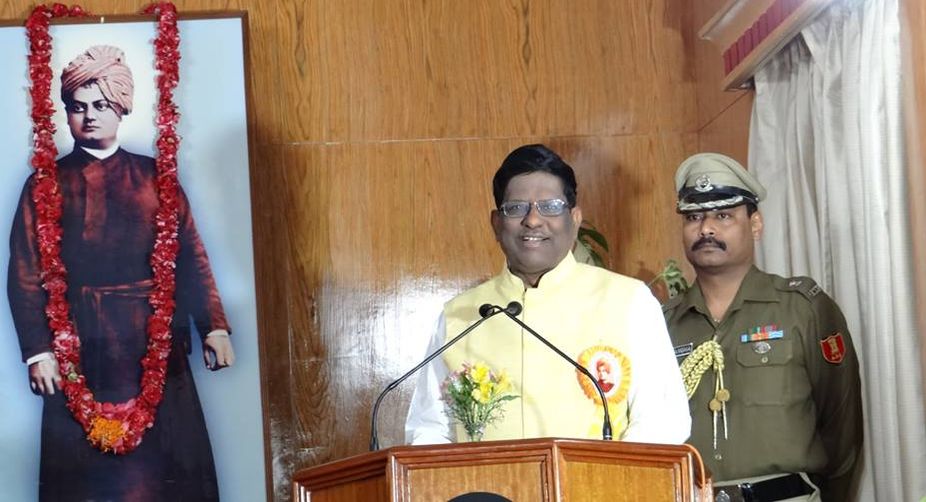 New Delhi: A woman who had applied for the post of public relations officer at the Meghalaya Raj Bhavan has accused governor V. Shanmuganathan of molesting her during a personal interview, local news reports have said. Shanmuganathan is also the acting governor for Arunachal Pradesh.

A day after the incident was first reported in Highland Post daily, the governor, in a tele-conference with Shillong-based reporters from Itanagar on January 24, denied the allegations. As per a Shillong Times report, he said there could be vested interests behind the accusations.

Although no FIR has been filed by the woman yet, as per media reports, state director general of police S.B. Singh told reporters that the police have referred the matter to the state government and are seeking a legal opinion.

A Highland Post report says the applicant was called to the Raj Bhavan on December 8 to meet the governor at 7 pm. “The governor allegedly made advances by hugging and kissing her and even offering her ‘part time or full time job’ inside the Raj Bhavan,” the report said quoting the woman.

“The woman said the incident took place in a fancy room in Raj Bhavan and no staff was present at the time.”, the report said. 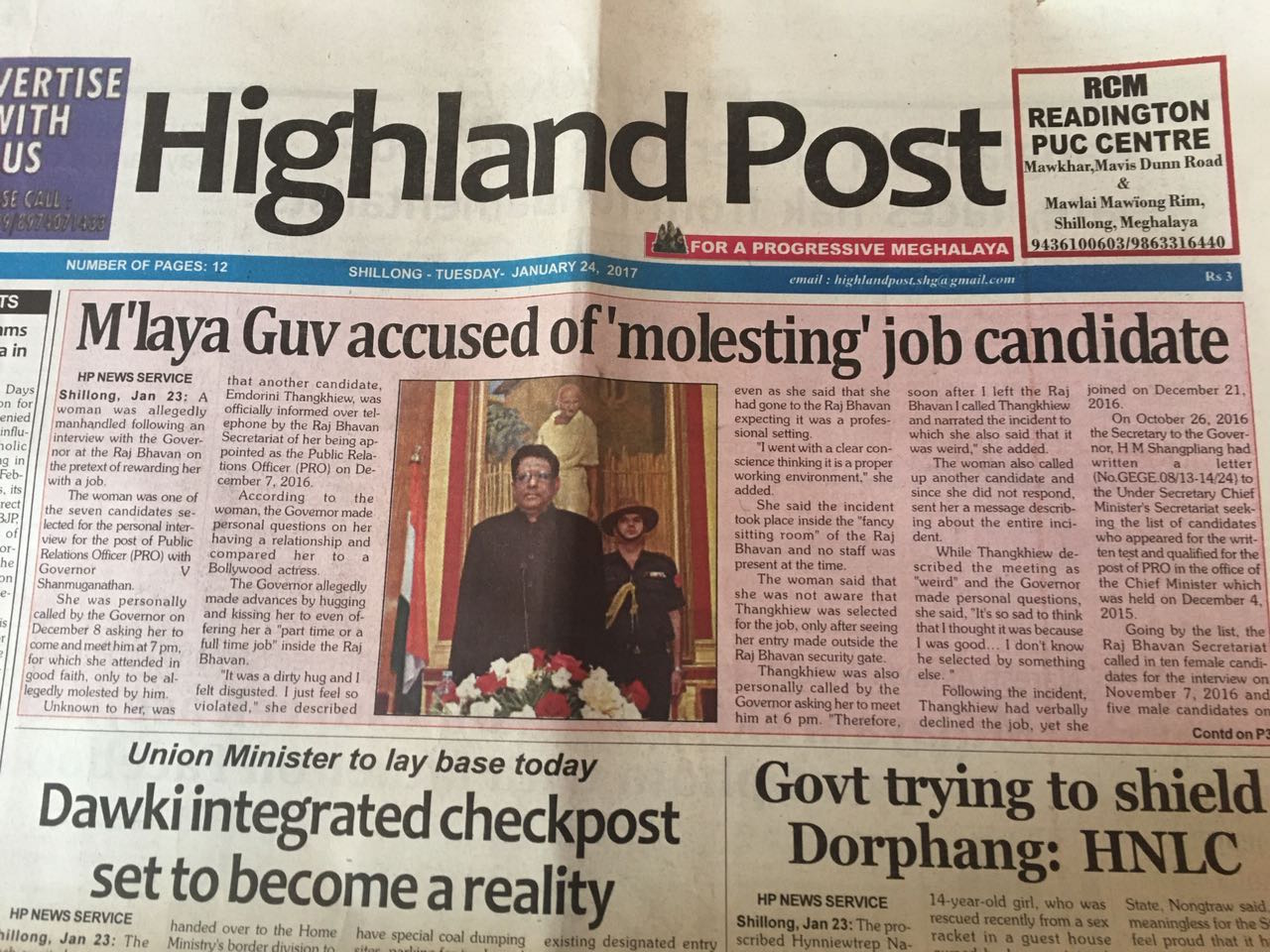 On January 25, though the governor told reporters that he couldn’t recollect the time of the interview, he did agree to have called in some candidates in groups and some separately for the interview in the first week of December, which was arranged by his secretary and the directorate of public relations. He said he met them in the office and in a sitting room and couldn’t recollect if any staff was present.

“Somebody was there and if not, then they might have gone out to have tea,” he said.

The governor has also denied allegations of him having called the woman from his personal number.

The woman was among seven candidates shortlisted for the post, including two men.

In 2012, a case was reported against the aide-de-camp (ADC) to the then state governor Ranjit Shekhar Moosahary for allegedly molesting a teenage dancer inside his official residence. ADC Gopa Kumar had denied the charge.