As growth slowed in China, Chinese steel exports surged, and Tata's steel plants in the UK were unable to compete. Belatedly, India's corporate sector has come to learn that the wizardry of financial globalisation cannot be duplicated in the real world of making or extracting material goods. 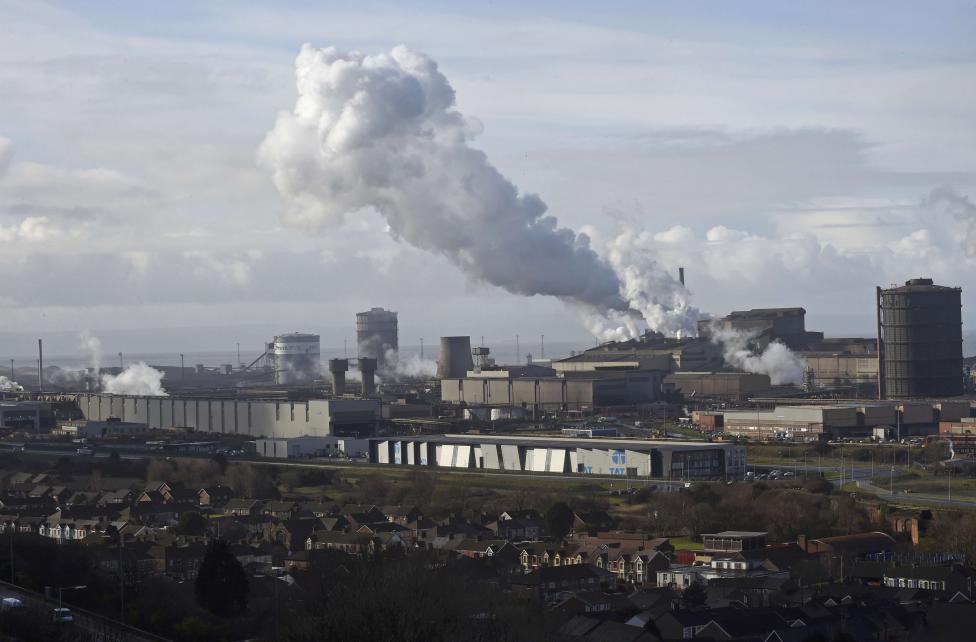 London: A move by Tata Steel, the second largest steel producer in Europe, to end operations in Britain because of heavy losses is the latest in the growing list of the causalities of China’s economic slowdown. The prospect of massive layoffs by Tata Steel, which acquired British-Dutch steel company Corus Group in 2007 at a high premium, has arisen during the run-up to the referendum on British exit from the European Union. Such are the ripples of globalisation that China’s economic downturn brings impact to distant shores.

After falling from 10.4 percent in 2010 to 7.4 percent in 2012, China’s growth rate has hovered around 7 percent. This is the consequence of the Communist leadership’s decision in November 2013 to rebalance the economy by moving away from heavy reliance on investment and exports to domestic consumption-driven growth. The resulting slowdown has affected the suppliers of coal, iron ore and oil to China as well as the foreign consumers of the products of China’s capital-intensive industries because of overcapacity in the wake of diminished domestic demand.

China’s dominant reliance on coal-fired electricity has made it the world’s top coal producer, consumer and importer, accounting for almost half of global coal consumption. Its net import of 46 million tonnes of coal in 2008 rose to 265 million in 2014. That then fell by almost a third in 2015. In September of that year Chinese President Xi Jinping announced that his country would introduce a national cap-and-trade system to limit carbon emissions, starting in 2017.

The slack in Chinese demand for coal has depressed prices and hurt commodity-reliant economies. “While the coal price was high, there was a lot of investment in capacity, and some of that is still coming on line now,” said Rory Simington, the chief Asia Pacific coal analyst of Wood Mackenzie, in July. “At the same time there has been a slowdown in demand, but there’s also been an overhang of excess capacity that is leading to the weakness.”

A similar trend has dogged the iron ore industry dominated by the Australian BHP Billiton and Fortescue Metals Group, the Anglo-Australian Rio Tinto and Vale of Brazil. The annual income of BHP Billiton, a major supplier of iron ore to China, fell from nearly US$34 billion in 2013 to US$15.7 billion two years later, with its income of US$8.89 billion turning into deficit of US$6.73 billion. As for Rio-Tinto, its operating profit dived from US$13.94 billion in 2011 to US$3.61 billion in 2015.

These catastrophic falls stemmed from the collapse of the price of iron ore.

When the Chinese economy started to slow in 2009, mining firms could not modify their pre-set strategies.

Earlier, thanks to the construction boom in China the price of iron ore used to make steel kept rising until 2008. Anticipating an ever-growing demand for their principal commodity, Australian mining giants made five-year expansion plans. When the Chinese economy started to slow from 2009, these corporations could not modify their pre-set strategy. Therefore the benchmark 62 percent grade iron ore for delivery to China’s Tianjin port fell by almost half in 2014 to below $70 a tonne. The downward slide continued. In 2015, the Asian spot price at $40.80 a tonne was barely a fifth of the all-time high in early 2011.

While the Australian and Brazilian companies suffered heavily, the low prices for iron ore were a bonanza for China’s steel industry. Typically, iron ore accounts for about three-quarters of the cost of steel production.

Managers of these capitalist behemoths were not the only ones to be wrong-footed. They had company in the predecessors of President Xi Jinping and Prime Minister Li Keqiang – respectively, Hu Jintao and Wen Jiabao. The rapid industrialisation plans drafted during their rule were also on auto-pilot. Steel output kept growing despite the decelerating rate of GDP expansion, zooming to 803.3 million tonnes in 2015 – almost half of the global output.

As domestic demand fell in China, there was a huge increase in steel exports, many sold below cost.

With domestic demand falling, there was a huge increase in Chinese steel exports. As early as 2008, with exports of 59.2 million tonnes of steel, China was the top exporter of that product worldwide. In 2015 that figure surged to 107 million tonnes.

Many of these exports are reportedly being sold below the cost price, with adverse impact on Europe’s steel industries. Whereas EU countries such as France, Germany and Sweden took steps to protect their respective steel sector from the unfair Chinese competition without imposing tariffs, the government in Britain was laid back.

At the same time, eager to attract long-term Chinese investment in Britain’s infrastructure instead of raising public funds through higher taxation, Britain’s Chancellor of Exchequer George Osborne, was keen not to offend Beijing. In fact, a year ago, disregarding Washington’s disapproval, he announced that Britain would join the China-sponsored Asian Infrastructure Investment Bank, thus becoming the first major Western nation to do so.

Meanwhile cheap Chinese steel imports into Britain forced Tata Steel to halve prices on some of its products to remain competitive. As a result the firm now loses ₤1 million (US$.1.42 million) a day.

This was hardly the scenario that Ratan Tata, chairman of both Tata Steel and Tata Group, the largest conglomerate in India, had in February 2007.

It was then that Ratan Tata offered a premium of 70 percent for a share of the London-based Corus Group priced at 360 pence in October 2006 when he first announced Tata Steel’s intention to acquire Corus with an output three times its own. This happened after a hostile bid by Brazil’s largest steelmaker, Companhia Siderúrgica Nacional, which led to an electronic auction conducted by the London Stock Exchange. The combined annual output of 28 million tonnes catapulted the enlarged Tata Steel to the world’s fifth largest steel producer from its previous ranking of 56.

Most financial analysts in India were unimpressed. They argued that Tata Steel paid too much for Corus. Its shares slumped 11 percent overnight, and the rating agency Standard & Poor’s placed it a credit watch list. In response, Ratan Tata maintained that with China implementing its fast industrialization and vast construction projects, global demand for steel would remain robust.

The net funding for Tata’s deal with Corus came to US$12.90 billion. In stark contrast, during the first nine months of 2006, the 115 foreign acquisitions achieved by Indian firms cost a total of US$7.4 billion.

The complex, multi-nation financial arrangements made by Tata Steel, backed by the parent Tata Group, to accomplish this feat aptly captured the true extent of how globalized capital had become and the blurred distinction between Indian and foreign capitals. It threw a penetrating light on the crucial role played by the Western banking giants.

But as the present woes of Tata Steel show, the wizardry of financial globalization cannot be duplicated in the real world of making or extracting such material goods as coal and steel.  This is a lesson that the proponents of globalization must learn.

Published with the permission of the author.
Copyright © 2016 YaleGlobal and the MacMillan Center