Susanne Rudolph, Scholar Who Revolutionised US Political Studies on India 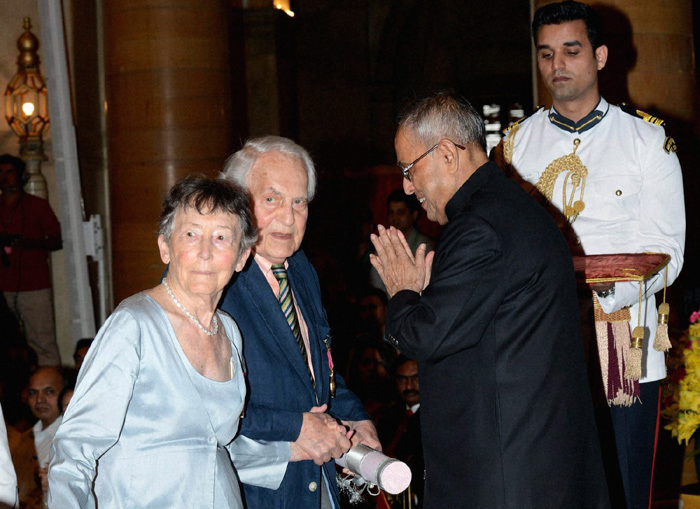 Susanne Hoeber Rudolph (1930-2015) was an icon for an entire generation of women academics. SHR had crafted for herself a life demonstrating that women could be simultaneously homemakers and good mothers (in her case of three children) and also first rate scholars. Susanne, apart from being a dedicated teacher, was also president of the Asian Studies Association, the International Political Science Association and steered NETSAPPE, a global network of political scientists working on South Asian politics and political economy.

As Susanne’s letters published recently in Destination India inform us, she and her husband, Lloyd, drove in a Land Rover some 7000 km through Europe and Afghanistan to arrive in India in 1956. This launched for the two young assistant professors – some 25 years old – a career spanning over half a century as social theorists, political scientists and friends of India. Theirs was a unique partnership in which they co-authored a large number of books, a remarkable jugalbandi in which one does not know where one voice ends and the other takes over.

Trained in Harvard, they moved to the University of Chicago where they mentored many generations of South Asianists and political scientists sharing their knowledge, home and hearth – Susanne’s famous soup a sign of Rudolph hospitality.

Their three-volume study, Explaining Indian Democracy: A Fifty Year Perspective, 1956-2006, comprises their reflection on Indian democracy and federalism, suggesting how “India’s pluralist state and federal system may be a better way to deal with a multi-cultural society than a French-style nation state.”

In Pursuit of Laxmi demonstrates an attentiveness to indigenous cultural frames to understand India’s political economy. Along with the perceptive scholars Rajni Kothari and D.L. Sheth, the Rudolphs commented on the democratisation and transformation of caste manifest in the emergence of a new political class as a consequence of land reforms and new agrarian technologies whom they described as “bullock capitalists”!

Chicago was known for its concern with theory and the Rudolphs brought to it their strengths in historical sociology, formulating a critique of the unilinear model of modernisation/development and writing about divergent models of state formation in Asia arising from the experience of polities in Southeast and South Asia – including Asoka’s subcontinental empire.

They were deeply into Gandhi much before he became globally fashionable with social movements; in one of the few essays singly authored by SHR, she reflects on the Gandhian ashram as a Habermasian public space.

I first came to know the Rudolphs when I was in high school. They were good friends of my parents, Francine and Daya Krishna. My father once recalled to me his first encounter with Susanne, slim, sprightly and razor-sharp, at an event organised by the political science department of Rajasthan University. This was typical Rudolph style, contributing regularly to local scholarly activity. As pioneers of Rajasthan studies they helped establish a global network. Their “discovery” of the mammoth volumes of the diary of Amar Singh occasioned its editing and publication in Reversing the Gaze, an account of a colonial subject caught between the two worlds of imperial and kshatriya India.

When I got a Fulbright scholarship and was all set to go to Princeton, SHR insisted that I come to Chicago instead. Lloyd Rudolph was my faculty advisor. Both during one-to-one discussions and in class, he demonstrated an intellectual imagination and a range of interests that travelled from subject to subject, taking one on a roller coaster ride. He and Ari Zolberg introduced me to state formation and sovereignty, which would remain abiding interests for me. Of the two, he was the romantic with a deep interest in literature that he shared with my mother. He also had an impressive filing system; any researcher could avail the benefit of boxes containing a treasure of articles.

Susanne was the classicist, both formal and disciplined. And it was ‘time out’, with which she managed her many roles – “time to get back to work after lunch” or “Lloyd, now its time for dinner.”  It was their contrastive personalities in which the romantic and the classicist complemented each other, which produced the lifelong partnership.

For all her enormous accomplishments, it’s the little things that stick – her mentoring and concern about the career path of her students over the years, the memorable reading course on the Mughal Empire and stewardship of the Institute of Culture and Consciousness at UC, which was a later home, those wonderful ideas of shared and negotiated sovereignty, of the connection between the subcontinental empire and Indian federalism, of the centrist impetus of Indian politics and the modernity of caste. She led the flag of revolt in American political science. Long may that flag keep flying.

Shail Mayaram is author of Israel as the gift of the Arabs: Letters from Tel Aviv