'Sherlock' season four certainly had the potential to make for excellent television. But rather than going out with a bang, it went with a whimper. 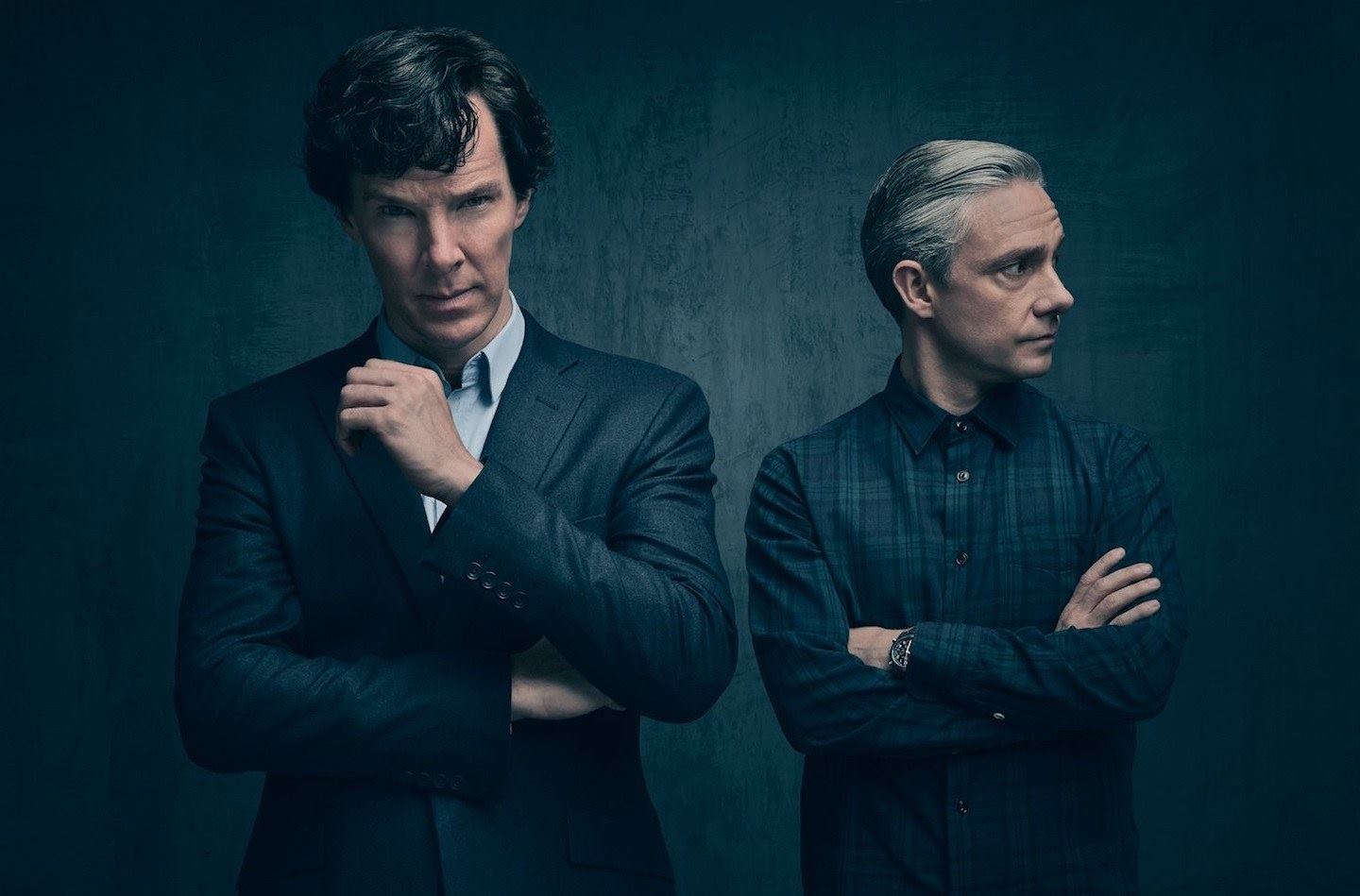 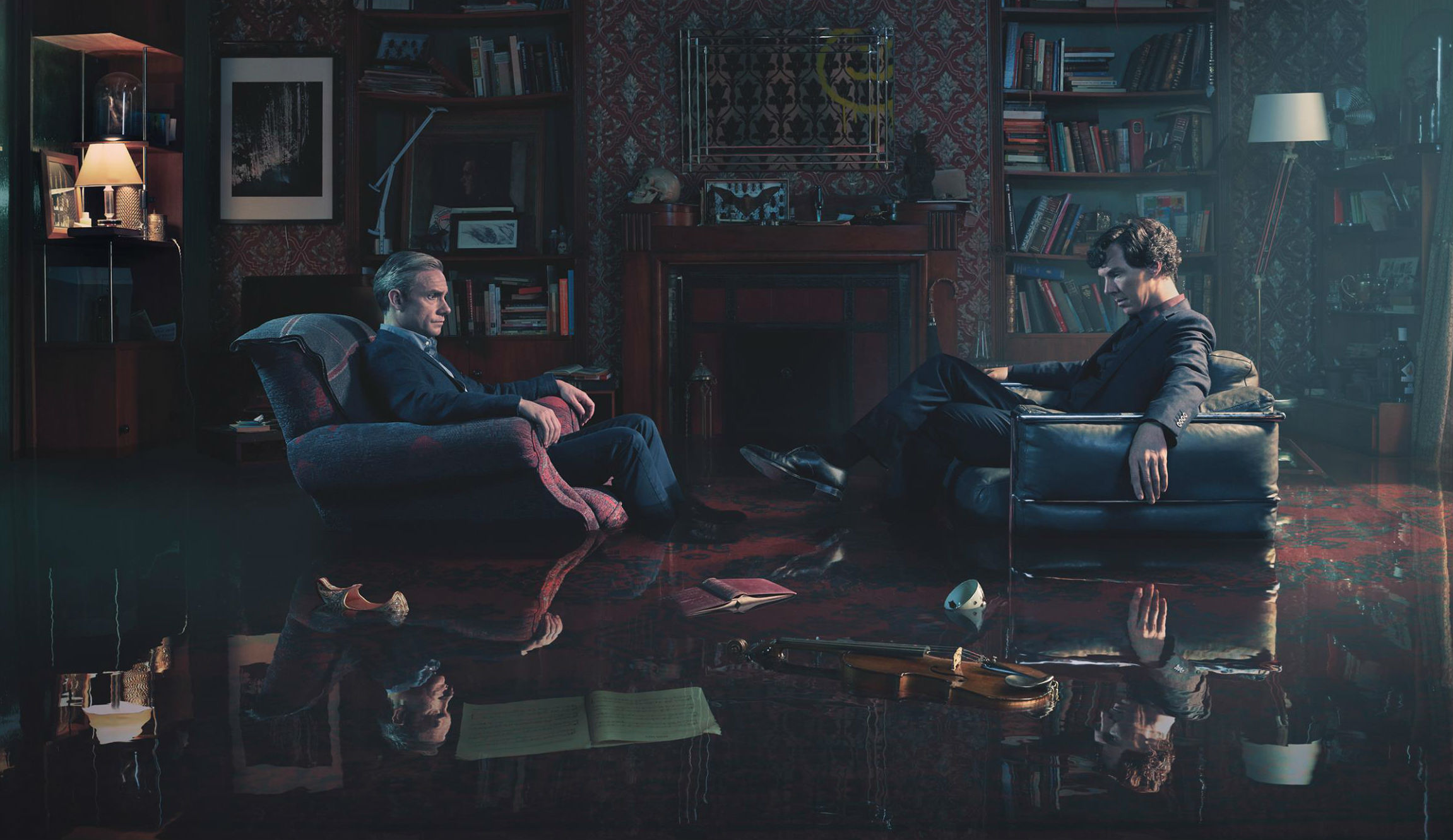 For the number of years that writers Steven Moffat and Mark Gatiss make the considerable Sherlock fandom wait, season four really should have held great pleasures. It did not.

Sherlock has been on a downward curve since season three, but Moffat loyalists like myself were willing to wait. Moffat has always been one for grand reveals and he makes you work for that revelation in the end.

His reputation for immaculate but impossible – yet believable – plots has been known since Matt Smith starred as the Eleventh Doctor in Doctor Who, which had few or no plot holes. This was what he had delivered with Sherlock in season one and two. The sheer brilliance of it had taken nearly half the world’s breath away.

But as of season three, Sherlock’s plots were diluted, weak and no longer explained everything. It almost seemed like Moffat and Gatiss had gotten themselves entangled in their own plot, being patently unable to plausibly explain away Sherlock’s (Benedict Cumberbatch) death and resurrection.

Sherlock’s resurrection was possibly the most crucial cliff-hanger the show has ever relied on, and goodness knows it relies on them a lot. The internet went berserk for a full year as theory after theory surfaced in fandom, each more impossible and more ridiculous than the last. For the amount of engagement that one cliff-hanger had generated, that it was not explained remains one of the greatest let-downs of the show.

I wasn’t as let down by season three though. If you’re familiar with Moffat’s methods, you know that you must be patient. He’s playing with you and will let the plot thicken before he tells you how he did it. I was willing to wait to find out. With Moffat, it is usually worth the wait.

Enter season four with ‘The Six Thatchers’. Suddenly it began to feel like Moffat and Gatiss were bored of their old plots and wanted to write something new, so a very flimsy, cursory connection was established that is nowhere near believable. No explanation was forthcoming.

The show began to rely less on plot and deduction, and more on drama. Sensationalism and shock-value is all very well, but it is Sherlock after all. You need to explain in logical terms what happened. Giving Sherlock and John Watson (Martin Freeman) too much technology, money and governmental backing (in the form of Mycroft Holmes, played by Gatiss) to explain away the impossibilities is shoddy work. It’s taking the easy way out. And if that’s what people wanted to see, they’d watch Mission Impossible or something like that.

Come episode two, ‘The Lying Detective’. You saw some small ray of hope in the form of Eurus Holmes (Sian Brooke), who’s revealed to be Sherlock’s sister. There was great potential here. The episode by itself wasn’t nearly as high on deduction as Sherlock used to be, but there was a promise made in it.

However, what Moffat essentially did was trick his viewers. He lured them with a series of implausibilities – a magician delivering his promise – except, for Moffat, the ever-delayed prestige, the moment when everything fits in place and is made believable, never came.

Episode three, ‘The Final Problem’ ought of have been named ‘The Final Disappointment’.

For me, Moffat’s work has been about bridging the cerebral and the emotional. He did this remarkably in Doctor Who season five and six, with water-tight plots and so much feeling. In Sherlock though, this seems to have been his downfall. The main problem, as I see it, was that Moffat and Gatiss got too carried away in trying to humanise Sherlock at the cost of comprising the plots.

Moffat reportedly said, “The extreme of Eurus, who has no connection to anything, is just pure brain. Not understanding anything about what it is to be human makes [Sherlock] realise that [the fact that he has] worked towards everything that he has tried to step away from and deny, is what makes him the stronger one.” Eurus’s “pure-brain” and the ruthlessness it is capable of, actually presents a paradox. In an effort to not essentialise Sherlock’s intelligence to make him more humane, Moffat ends up essentialising Eurus’s intelligence by detaching it from any kind of humanity.

And the humanising project, I believe, has left numerous questions unanswered even in the last episode. Or rather, only half-hearted explanations were provided. How exactly did Sherlock rewrite his memories? Why were there such gaping holes in them in the first place? How exactly did Jim Moriarty and Eurus collaborate? The list goes on. Sacrificing Sherlock’s previous, rather delicious moral ambiguity and putting him firmly on one side was rather antithetical to the complex character that was built up in season one and two.

My next problem: Eurus. You first create a character who is so formidably intelligent, it is positively supernatural. Mycroft says at one point that she predicted five terrorist attacks from one hour on Twitter. However, you insist it’s all the science of deduction. Fine. You carefully chart scene after scene building up a brilliant villain – though the deranged Moriarty bits in the middle did get somewhat tiresome. But eventually, you diffuse her of all of that brilliance by reducing her to a child who just wanted her brother to play with her, all so Sherlock’s humanity could be reaffirmed.

Eurus could have taken the plot to great heights with the extremity of the psychopathy she could have brought. But altogether, the essentially deranged maniac act failed to be remotely convincing.

And with rumours that this may have been the series finale with no season five confirmed yet, this might be a thoroughly disappointing end to a series that had so much potential. In trying to focus on the larger story, Moffat and Gatiss neglected what Sherlock is really about – the smaller Arthur Conan Doyle stories, where the mind is central and action and all the paraphernalia are secondary to the plot. Also, let’s not forget, Mr Moffat that you still haven’t explained how Sherlock came back to life. This is no way to end a story, with so many loose ends hanging about.