Highbrow poets and critics were disdainful, but the enfant terrible of Urdu poetry did not care. 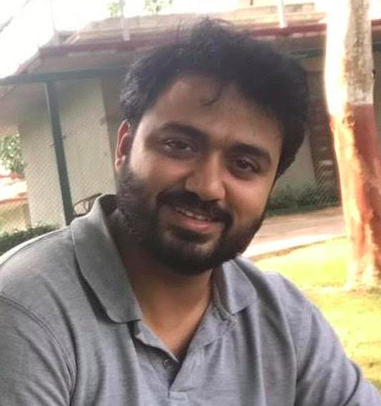 Some of the last verses of Rahat Indori, according to his son, Satlaj Indori, were:

‘All mosques sleep with silence draped over them,
No announcements for the deceased are made anymore.’

Many places of worship have been partially or fully closed on different days this year due to the pandemic. Earlier this year, some mosques in North East Delhi were subject to arson.

Rahat belonged to his God, his people, and to poetry. From the beginning to the end of his poetic career, he was a poet of the mushairah, a people’s poet, and spoke for the precarious in their tongue. He was an Urdu sha’ir, a Muslim, an Indian—perhaps even he wouldn’t have been able to say in which order.

His verses attained iconic status, particularly most recently in opposition to the Citizenship Amendment Act and the National Register of Citizens, as protesters and politicians alike used them to express their discontent with the law and the census and to voice their dissent. The fiery MP Mahua Moitra quoted him in parliament:

Everyone’s blood is mixed in the soil here,
Hindostan does not belong to your father or to mine

The poem begins with:

If they are against, let them be, it’s not the end of life,
This is all smoke, not the sky—this night.

It was such carefree assertion of life in the face of sometimes oppressive powers that endeared Rahat to the audiences of the mushairah in India. At a time when Indian Muslims have felt beleaguered and threatened by the CAA and NRC, Indori’s words allowed them to assert their Indianness with poetic panache. He provided a public voice to their grievances and care and a salve to their wounds.

He was primarily a shair of the ghazal form, and a master of its verbal delivery. Whatever he lacked in poetic virtues of craft, he more than compensated for with his histrionics. Highbrow critics or poets would frown at him turning the mushairah into a tamasha or a nautanki. But Rahat, who had written a doctoral dissertation on the mushairah, and had been a professor of Urdu, understood the pulse of the people’s and aesthetic needs from the poetic symposium.

He fashioned himself as the enfant terrible of the mushairah space. It was a spectacle of inebriation when he performed because he almost always appeared drunk. This has for long a sign of rebellion in Urdu poetic culture, where drinking has been taboo. The rind or the drunkard is the stock character who challenges orthodox Islam in the ghazal universe. Rahat would stand at lecterns of mushairahs all over the world with a rakish stance, and enjoy himself to the hilt.

He would sometimes address the audience, at other moments even the very air around him, as if he was a people’s wizard, pulling out from the air the words they wished to hear but could not compose themselves.

It was this sheer abandon that the crowds loved. He spoke of topics they cared about. Of contemporary politics, but also of love and beauty. The diction was simple, easily understood by an audience that has grown less literary over years in independent India.

The poetry had a natural cadence too, words that flowed easily with a simple musicality that was often compounded through strong emotion. Rahat spoke truth to and about power though he remained allusive, somewhat in the best traditions of Urdu ghazal poetry, which refuses to be too personal or direct. No wonder Javed Akhtar has now compared him to Habib Jalib, the Pakistani poet imprisoned by various dictators whose poetry, too, was sung during many recent protests in India.

Rahat performed at mushairahs in different countries the world and was highly feted and generously rewarded. He did well for himself by the Hindi films industry too and gave us numerous songs that have been incredibly popular.

And he appears to have been an incredibly generous man. On an occasion of personal interaction with him, which was a telephonic conversation about two years back to seek his permission for me to translate some of his poetry, his immediate response was that I did not need to ask him for it. He encouraged me to go ahead as I chose. I have known much lesser writers to be far more finicky, proprietorial, and mercenary about their work.

He came from humble stock, the son of a millworker, and yet managed to make a mark in the cultural industry of the country, where many of his peers came from long traditions of poetry in the family.

Many of these seemed to look down upon his approach. But he never appeared to care.

His departure has left us with a sense of deep loss, having gained a place in people’s hearts. He was prophetic when he wrote on graves and death:

Two yards it may be, but it is my property,
O Death you’ve made me a landlord.

Rahat has left as the reigning lord of the hearts of countless fans of his poetry. His poetry will outlive him. Perhaps it will lead to the withdrawal of the CAA and a more inclusive nationalism that he always represented.

Maaz Bin Bilal is a poet, translator, and cultural critic. He teaches literary studies at Jindal Global University. His translations of Rahat Indori may be read here.