In the Most Discussed Research Papers of 2016, an American Skew

There are more Indian authors among the top 100 papers than there are Chinese – but there's a catch. 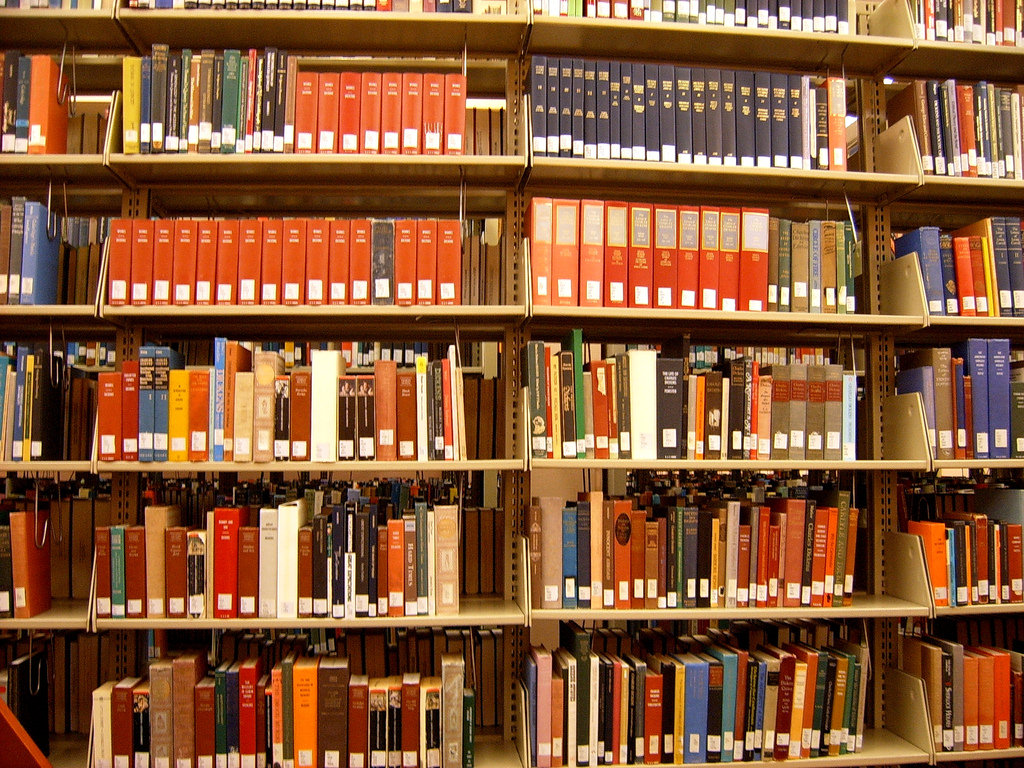 Altmetric, an online service that tracks the news and social media coverage that scientific papers receive, released the list of the 100-most discussed papers this year on December 28. Geographically, most of the papers are centred on issues prevalent in the US – while they focus on issues in health topically. This is not surprising: the US has led the world in research output for many years while public coverage is bolstered by numerous science, health and environment publications. Moreover, the most discussed paper of all in 2016 was on the US Affordable Care Act and penned by Barack Obama himself.

What is odd, however, is encapsulated in the map shown below. It is a chloropleth displaying the number of authors from each country in the top 100 papers in shades of blue. 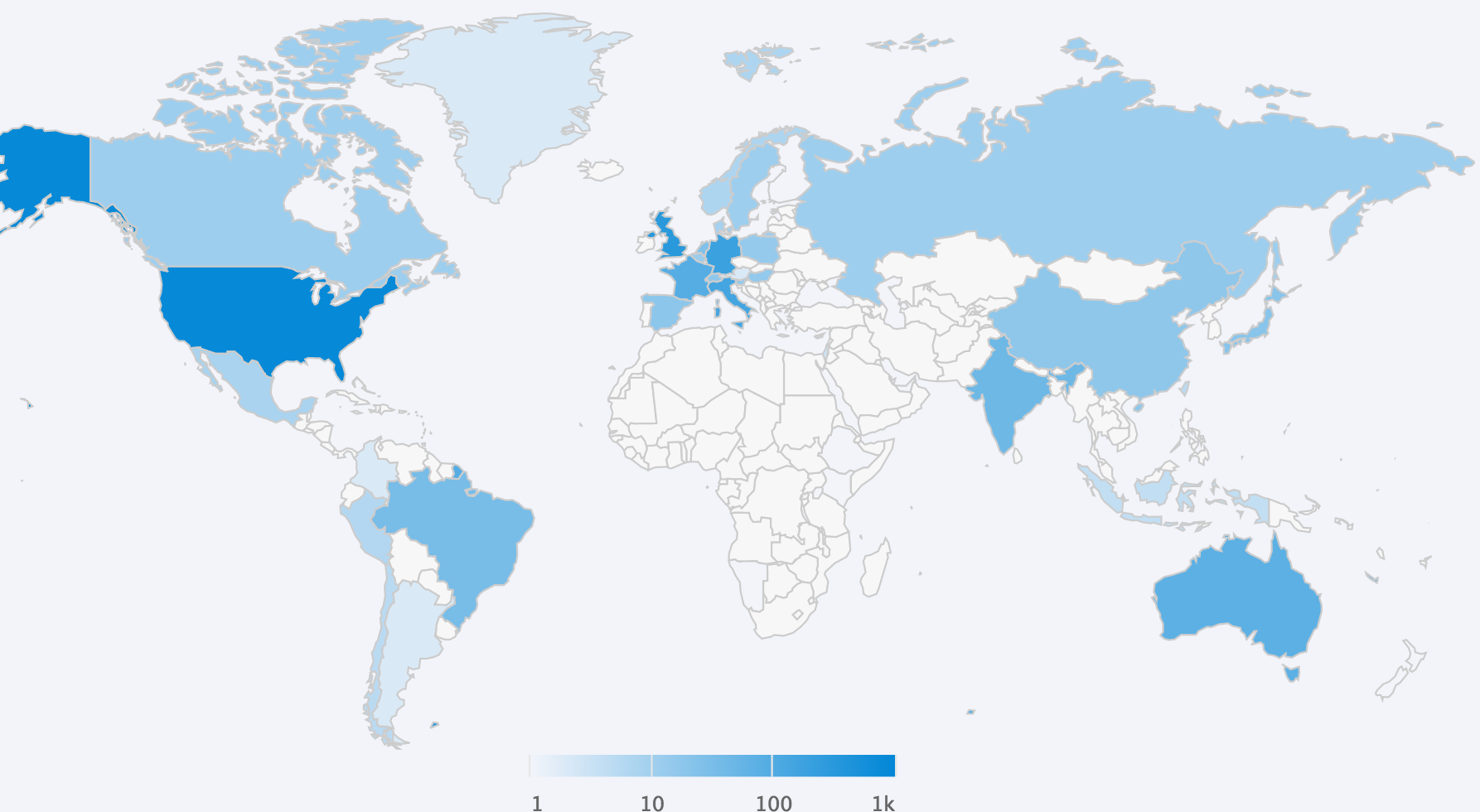 A few things stand out immediately. Out of a total of 2,018 authors,

This chart more starkly throws up the domination of the American and European researchers in the top 100:

Observation 1: Brazilian researchers worked on one paper on the Zika virus out of six in the top 100

The paper was about a study that monitored a group of pregnant women to assess the link between Zika virus infections and grave outcomes like foetal death. The other five papers involved researchers from the US (3), Slovenia (1) and France (1).

Most news items in 2016 about the Zika virus were motivated by an outbreak in Brazil that began in 2015, peaked in February 2016 (when the World Health Organisation designated it a public health emergency) and concluded in November 2016. Other countries that reported Zika virus infections in the same period include Venezuela, Puerto Rico, Mexico, Honduras, Haiti, Colombia, Guatemala, Chile, Bolivia, Ecuador and Samoa.

Observation 2: There are more Indian authors among the top 100 papers than there are Chinese – but there’s a catch

Among the top 100 papers, there are 43 Indian authors and 17 Chinese authors. However, the Indians are featured on three distinct papers; the Chinese are featured in five. The Indian numerical advantage – if that – is because 41 of the 43 are part of the LIGO collaboration. The two non-LIGO papers are about exoplanets and hormonal contraceptives. The Indian researchers on these papers collaborated with scientists from Belgium, the US, UK, Germany, Australia, Indonesia, Italy, Chile and Switzerland.

This comparison is motivated by the fact that China has been a bigger player on the global scientific research stage. Between 1999 and 2009, Chinese researchers published more than 2.5-times as many papers as Indian ones did (649,689 v. 253,520), although the average number of citations per paper – a measure of their impact – in both cases hovered slightly above 5. China also spent 2.1% of its (five-times larger) GDP on R&D against India’s 0.85% (both in 2015).

Observation 3: The 43 Indian researchers were based out of 10 institutions in India

As expected, the sole exoplanets collaborator from India (D.K. Sahu) in the top 100 is at the Indian Institute of Astrophysics, Bengaluru, while the researcher who worked on hormonal contraceptives (Man Mohan Misro) is from the National Institute of Health and Family Welfare, New Delhi. The remaining 41 (including one from an unnamed IIT, pointed out to this author to be Gandhinagar) participated in the international LIGO collaboration that found the first direct evidence of gravitational waves, emanating from a pair of colliding blackholes.

To be sure, Altmetric’s data is centred on the hundred most discussed papers on the news and social media; its metric parameters are news publications, blogs, tweets, Facebook posts, Wikipedia citations, etc. In effect, it is mostly a measure of media interest (news reports, blog posts, etc.) and after that a measure of the audience’s interest (tweets, Facebook posts, etc.). And ‘mostly’ so because some research papers are significant enough to transcend these downstream measures – as in the case of the LIGO paper.

Earlier this month, a group of researchers from the UK and Australia found in a study that journalists are not influenced by university and journal press releases in their decision of whether or not to cover a new finding (especially on topics of health). That said, why are the top 100 papers the ones they are – and why not others?

There are multiple factors influencing these choices. In most cases, these decisions are often made by a journalist based on her experience, training and intuition – and ultimately subjected to a test of ‘newsworthiness’ informed by reactions to previous articles in the same vein as well as business targets. So while there may be no single formula to determine whether or not a paper will fly or sink, there is at the same time a sense of what will work for sure and what won’t. Then again, even these are sometimes out of whack.

For example, in the first week of December, physicists from the Tata Institute of Fundamental Research announced that they had discovered a new form of superconductivity in the metal bismuth. Within the week after, only The Wire and The Hindu had published news reports on the finding, which was seminal by all counts. Why had the others missed it?