The inflation based on the Consumer Price Index stood at 6.69% in August. 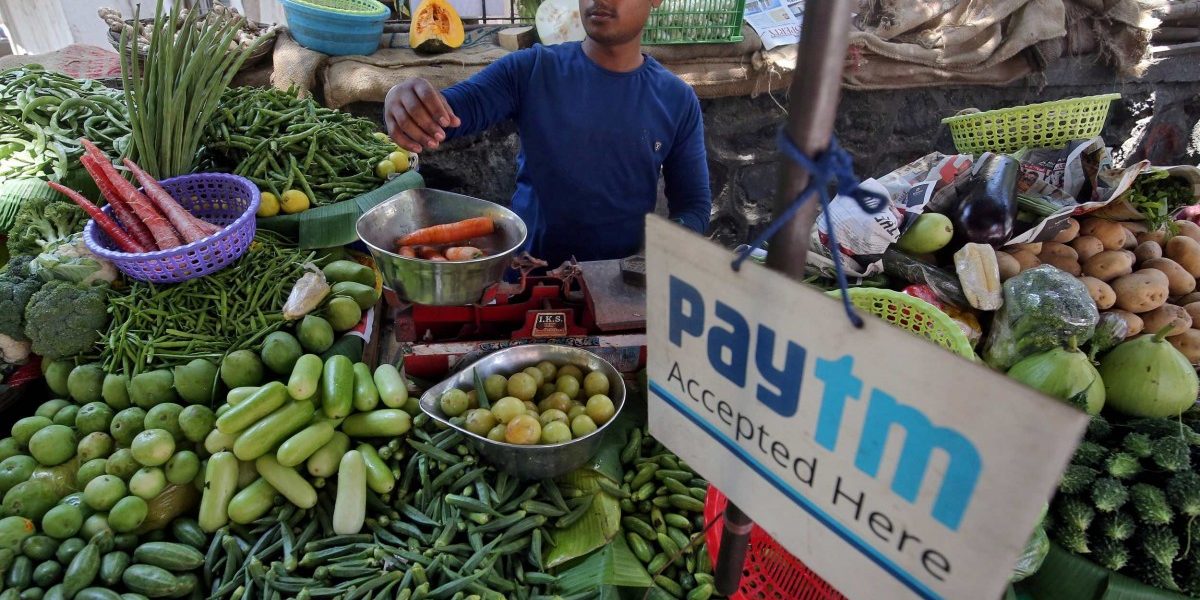 A vendor weighs vegetable next to an advertisement of Paytm, a digital payments firm, hanging amidst his vegetables at a roadside market in Mumbai, India, April 2, 2019. Photo: Reuters/Francis Mascarenhas/File Photo

New Delhi: India’s annual retail inflation picked up in September to 7.34% from a year ago as food prices surged ahead of the festival season, government data showed on Monday.

Analysts in a Reuters poll had forecast that retail inflation would rise to 6.88% in September, compared to 6.69% in the previous month.

The inflation based on the Consumer Price Index (CPI) stood at 6.69% in August. It was 3.99% in September last year.

The rate of price rise in the food basket was 10.68% in September compared to 9.05% in August, as per the data released by the National Statistical Office (NSO) on Monday.

The Reserve Bank of India mainly factors in retail inflation while deciding on the key interest rate.

“Inflation print surprised on the upside in September on the back of rising food inflation, as supply disruptions continued to linger on. It was not just a vegetable-led spike but protein items also surged in the month, which is worrying.”

“In the core basket, demand-led items showed some moderation, but gold and car fuel prices continued to put upward pressure on the core print.”

“The space for further rate cuts in FY21 now seems to be closing, even perhaps for the February meeting. The RBI is likely to keep its stance accommodative, despite these inflation spikes, and focus on managing the yield curve and liquidity going ahead.”

“The CPI inflation for September significantly surprised on the upside amid a sharp surge in food inflation that may have been driven by heavy monsoon in some parts of the country and localised lockdowns in few states that disrupted the supply chains.”

“We expect inflation prints to start easing from October-November on account of seasonality amid robust Kharif arrivals, and CPI inflation to average ~5.7%, shrinking the window available to MPC to cut rates this fiscal year. Our call of 25 bps rate cut during January-March FY21 looks less probable now.”