In an application to the court, Khan Abdul Wahab has pointed to Headley muting his microphone to consult lawyers before answering, and reading from a prepared statement. 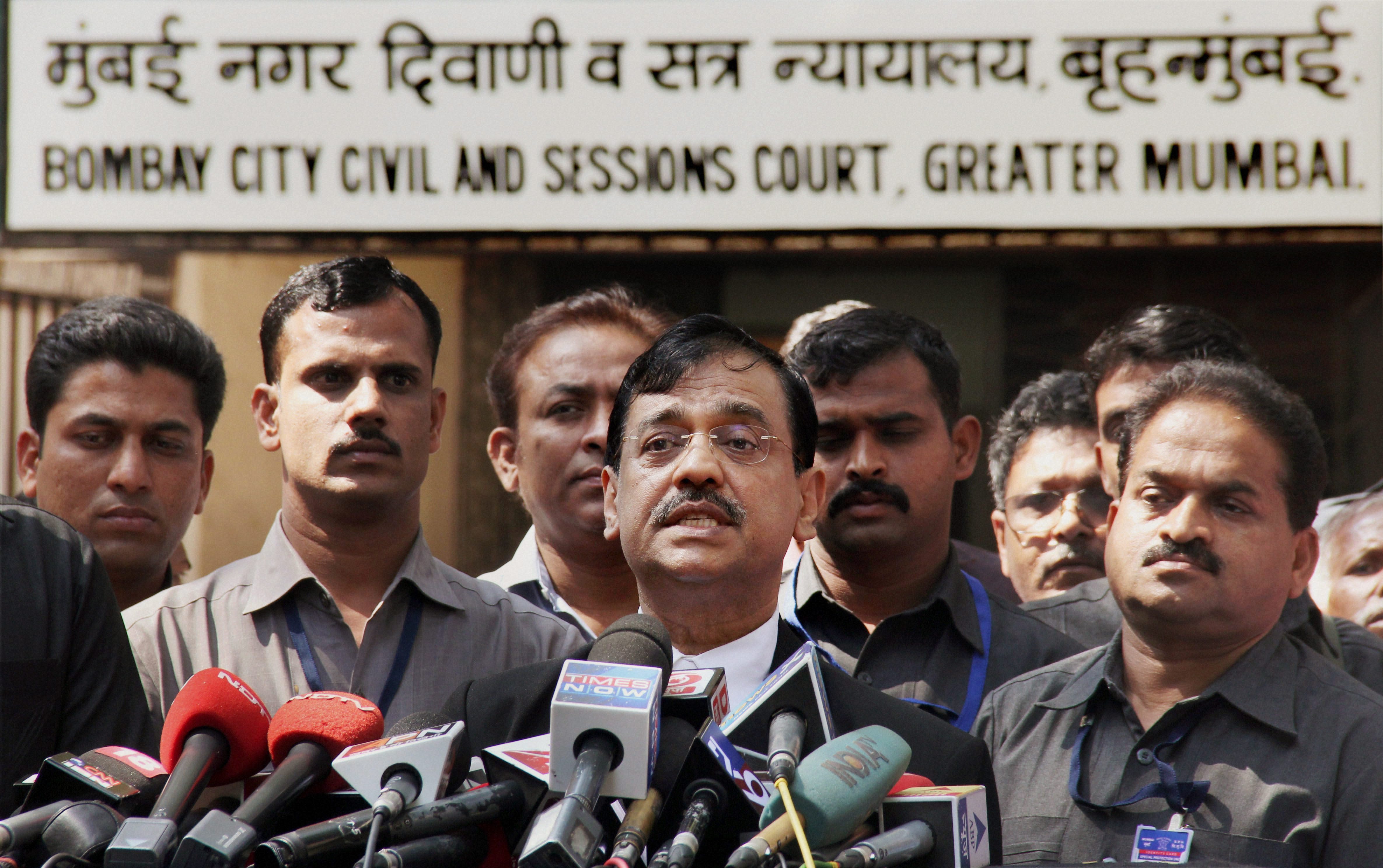 Public prosecutor Ujjwal Nikam interacts with the media after David Headley deposed before a court through video link in the 26/11 case in Mumbai on Thursday. Credit: PTI

Mumbai: Irregularities in the deposition of David Headley, not reported until now, have formally been put on record by advocate Khan Abdul Wahab at the sessions court in Mumbai.

Headley, facing direct examination by special prosecutor Ujjwal Nikam over an audio-video link from the United States, repeatedly muted the microphone to speak to lawyers who were present in the room with him and visible on screen, Wahab said in a written application. He also allegedly read notes placed before him by lawyers, and at many points, read his testimony from a printed document. “This is totally contrary to the law,” Wahab said.

The Wire has verified from journalists attending the deposition that Headley reached forward to mute his microphone and converse with his lawyers before putting it back on to answer the question.

Headley, accused of conspiring with organisers of the 26/11 attacks in Mumbai, has been convicted by a US court and is currently serving a sentence of 35 years in prison. Rather than being extradited to India, where he faced charges that could get him a death sentence, he was pardoned in December 2015 and made an approver – required to testify against his co-conspirators behind the guerilla-style attack.

Wahab – who represents Sayed Zabiuddin Ansari, alias Abu Jundal, another accused in the 26/11 conspiracy – has submitted a pursis application objecting to Headley violating the rules of direct examination, sometimes at the instruction of the special prosecutor, without these violations being checked or even recorded by the judge. Nikam had no comment when contacted.

The ongoing deposition has already produced controversy, centred on a leading question from Nikam: After Headley said he was unaware of any women being involved, Nikam offered him the name of Ishrat Jahan – a woman killed in an encounter in Gujarat in 2004 that the Central Bureau of Investigation has said was staged – along with two other names. Headley then identified Ishrat Jahan as a member of the Lashkar-e-Tayyaba.

Under section 142 of the Evidence Act, leading questions to witnesses are disallowed, except under special circumstances and with court permission. However, this is a minor irregularity compared to a witness consulting a lawyer or a written statement while in the box.

Headley shared the screen with three US lawyers – two men representing the defence, and a woman assisting the prosecution. While Headley was answering one question, Wahab says, one of the male lawyers wrote a note and passed it to the other, who placed it where Headley could read it.

Wahab’s application also states that Ujjwal Nikam, rather than asking questions for Headley to answer, frequently instructed Headley to read out specific pages and lines from a document, which were recorded by the court as correct testimony recalled from memory. When Wahab objected, the special prosecutor requested blanket permission for Headley to read out his testimony, in order to refresh his memory about details several years old.

According to Wahab, judge GA Sanap refused blanket permission, but Headley continued to refer to the document before giving his answers. This was not put on record by the court despite his repeated requests. (Section 280 of the CrPC requires the court record the demeanour of a witness under examination.) According to Wahab, the court also neglected to record portions of Headley’s answers – such as when he mentioned Ajmal Kasab and added, ‘Rahmatullah alaihi, or ‘God’s blessings upon him’.

On Saturday Feb 13, which may be the final day of direct examination by the special prosecutor, Wahab intends to make a new application. ‘Tomorrow my whole purpose will be to have the prosecution show the court the document he was referring,” he said. “What it is is still not known to the court. It appeared to be a lengthy statement comprising of so many details Headley had given to the FBI or CIA. The prosecution had the advantage of that statement, which has not been furnished to the defence.”

The story has been edited to remove an erroneous reference to section 149 of the Criminal Procedure Code in the seventh paragraph. The statute in question is the Evidence Act, section 142 of which which states:

“When they must not be asked.—Leading questions must not, if objected to by the adverse party, be asked in an examination-in-chief, or in a re-examination, except with the permission of the Court. The Court shall permit leading questions as to matters which are introductory or undisputed, or which have, in its opinion, been already sufficiently proved.”