The Congress persuaded the EC to invalidate the votes of two of its MLAs who switched sides, and also managed the backing of a rebel BJP MLA. 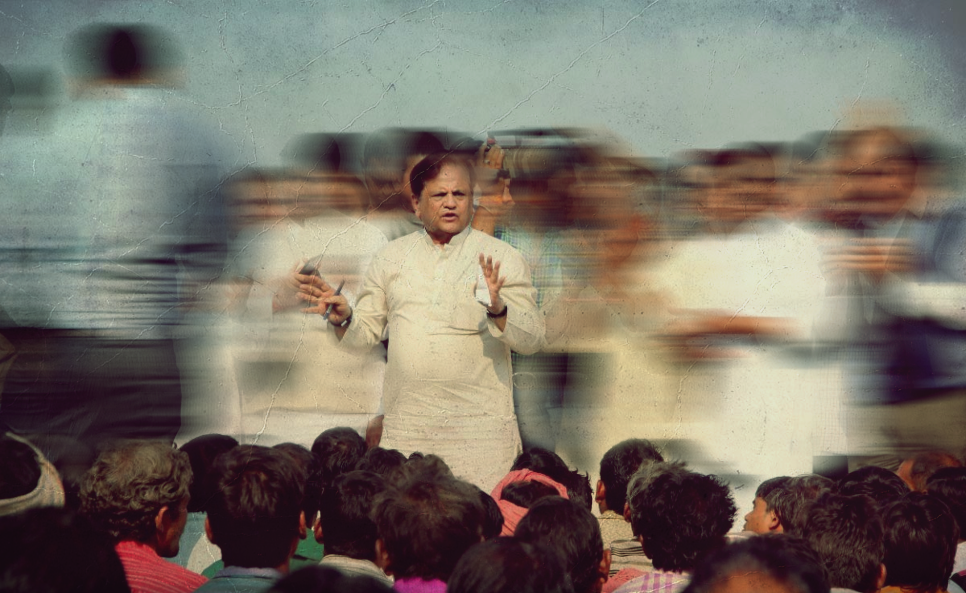 New Delhi: The Election Commission on Wednesday morning declared Ahmed Patel was elected to the Rajya Sabha after the senior Congress leader polled the required number of votes in a high stakes contest that was riven by defections, cross-party voting and procedural lapses.

‘Satyamev jayate’ – ‘the truth prevails’ –  tweeted Ahmed Patel as soon as he learned he had polled 44 votes to the 38 his nearest rival, the Congress defector Balwant Singh Rajput, had. BJP president Amit Shah and Union minister Smriti Irani were also declared elected to the Rajya Sabha, with 46 votes each. Seats in the upper house are decided by voting in the state assembly in which every MLA ranks the candidates in a ‘single transferrable vote’.

Patel’s victory is a personal setback to Bharatiya Janata Party president Amit Shah who pulled out all the stops to deny Sonia Gandhi’s close aide a fifth term in the upper house. In the end, ironically, it was Shah’s personal involvement in the operation that proved the BJP’s undoing with the EC invalidating the votes of two Congress defectors since they had showed their ballots to BJP president.

Congress representatives sent the EC a video recording of Shah sitting comfortably on a one-seater as the two Congress MLAs – Bhola Bhai Govil and Raghav Bhai Patel – stood sheepishly in front of him displaying their ballot papers, as if to confirm that they had held up their end of whatever bargain the BJP leader had struck with them.

Displaying a ballot paper in this manner is against the rules of the game. If a party has issued a whip, the MLAs can only show their vote to the authorised polling agent. If it is shown to anyone else, the vote becomes invalid. This has happened in Haryana, Punjab and other states earlier.

But for the BJP Gujarat was  different and Narendra Modi and Shah wanted Patel defeated at any cost.

Desertions from the Congress camp in the run up to the vote placed Patel in a precarious position.

On Tuesday afternoon, the Congress asked the returning officer to look at the video footage but despite that, there was no action. Patel said they complained earlier but officials did not take note of their complaint.

The Congress approached the Election Commission in Delhi but returned empty handed, with the EC initially refusing to entertain their complaint and leaving it to the state returning officer to take a call and a decision.

Following that, five union ministers  approached the EC saying there was no merit in the Congress argument. Some observers read this as intimidation tactics by the BJP ministers including Ravi Shanker Prasad, Piyush Goel, Dharmendra Pradhan and Mukhtar Abbas Naqvi. In the end, the party even deployed finance minister Arun Jaitley to argue its case that the violation of secrecy by the two Congress MLAs was irrelevant and that their votes be counted.

The Congress again sent a team, which included P. Chidambaram, Randeep Singh Surjewala and Ashok Gehlot to the Election Commission to counter the BJP argument.

The Election Commission eventually decided that it would need to look at the video of the voting before taking any fresh decision.

Congress leader Anand Sharma said one of their MLAs had mistakenly shown his vote to the CLP leader in Haryana and that vote was rejected. Why was this not being done in Gujarat?

Former Congress leader Shankar Singh Vaghela, who has been repeatedly chanting that Patel is his friend and that he will vote for him, did a U-turn today when after the voting he said he did not vote for Patel. He declared that Patel is losing and “who will vote for a losing candidate?”

A Congress leader admitted that the leadership made a mistake and underestimated Vaghela. They were under the impression that he had only a couple of supporters but it turned out to be much more. Party veterans feel that Sonia Gandhi should have strung him along till the Rajya Sabha elections but because she is allowing Rahul Gandhi to take all major decisions, this was another decision which went wrong as Rahul goes by his likes and dislikes rather than pragmatic politics.

Patel remained confident that he was winning the election throughout the day. Congress leaders said the ruckus over the two MLAs showing their vote to Shah was a precautionary measure, in case some other vote is declared invalid by the returning officer under pressure from the BJP ruling party and its leaders.

According to Patel’s calculation, he had secured 43 votes of Congress MLAs and one each from JD(U) and NCP MLAs. The second NCP MLA is the son of the godmother Santokben and there are innumerable cases against him. He found it difficult to vote against the BJP for fear of reprisal from its bosses. In the end, he won only 44 but that was enough to win his seat.

The BJP is also said to be raising an objection over the signature of a Congress MLA, who is old and whose hand shook when he signed. The BJP wants that vote declared invalid.

In such a scenario, Patel’s team appeared to be erring on the side of caution.

Sources in the BJP said that  Shah’s instructions in the run up to the voting were clear: Patel must be declared defeated at any cost. And certainly, no law or rule could be allowed to stand in the way.

But Patel knows Modi and Shah better than anyone else, particularly the working of their minds. This time they may have met their match, as they are found it impossible to defeat the veteran Congressman in what he called “the most bitter and difficult election he has ever seen”. Having won, Patel will begin his fifth term in the Rajya Sabha while Shah’s term will be his first.

Renu Mittal is an independent journalist.