‘Get Out of My Country,’ Said Kansas Shooter Before Killing Indian Man

The man behind the shooting, Adam W. Purinton, apparently claimed that he thought the two men were Middle Eastern and has been arrested and charged with first-degree murder. 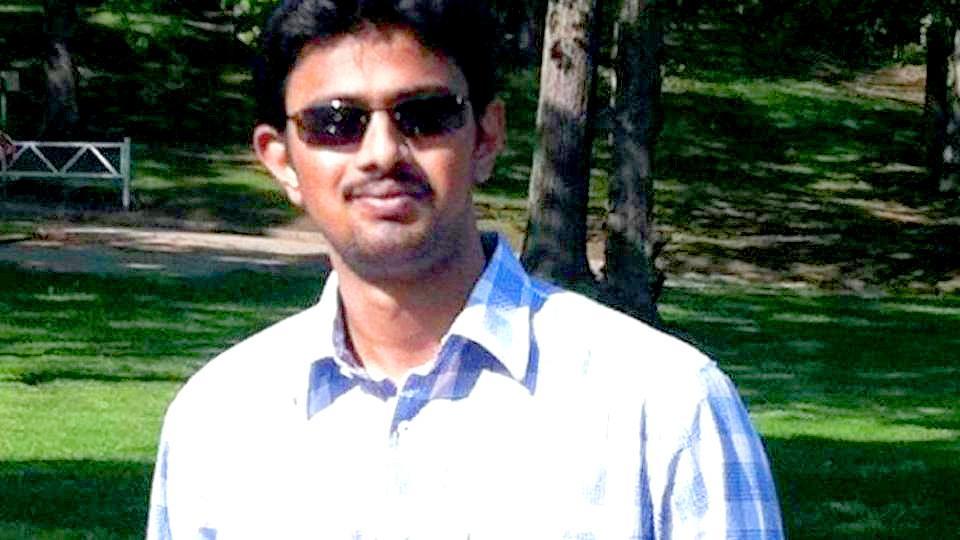 New Delhi: In what is being viewed as a possible racially motivated attack, an Indian engineer was shot dead and another was injured by a US Navy veteran in a Kansas bar who yelled, “get out of my country” before firing at them. An American who tried to pursue the shooter was also injured.

In Delhi, external affairs minister Sushma Swaraj spoke on phone with the father and brother of the deceased engineer, Srinivas Kuchibhotla, promising to help in the transportation of his body to Hyderabad.

We will make all arrangements to transport the mortal remains of Srinivas Kuchibhotla to Hyderbad.

Two officials from the Indian consulate in Houston rushed to Kansas where they met with the injured, Alok Madasani, who is originally from Warangal, Telangana, and members of the local Indian community. Madasani was discharged from the hospital after treatment and is now recovering at his home.

The crime was being jointly investigated by Olathe police along with federal law enforcement officials to determine if it was a racially motivated crime.

According to reports published by Kansas City Star, Purinton had been making racial slurs against the two Indian engineers who were watching a college football game at Austins Bar and Grill in the Texan city of Olathe. A 24-year-old, Ian Grillot, was shot when he tried to confront the gunman.

Witnesses told the police that Purinton shouted “get out of my country” before he began firing. He managed to flee the bar and was apprehended five hours later after a bartender in Montana called the police. Purinton had apparently told him that he was looking for a place to hide as he had killed two Middle Eastern men.

The Olathe police chief Steven Menke described the triple shooting as a “tragic and senseless act of violence”. Officials said that the investigation was in its preliminary stages and was therefore too early to be classified as a “hate crime”.

Meanwhile, the US embassy in India issued a statement condemning the Kansas shooting and extended “heartfelt condolences” to the family and friends of Kuchibhotla.

“We have reached out to Indian consular officials to offer full support as they assist the victims. We understand that the alleged shooter is in custody and is expected to be prosecuted for the crime.  US federal authorities are also investigating the case. We have full faith that the US legal authorities will bring the case to justice,” the statement said.

“The United States is a nation of immigrants and welcomes people from across the world to visit, work, study and live. US authorities will investigate thoroughly and prosecute the case, though we recognise that justice is small consolation to families in grief,” said US embassy’s Chargé d’Affaires MaryKay Carlson.

Both the Indians were working at the Aviation Systems Engineering team of Olathe-based Garmin Ltd, which also issued a statement.

“We’re saddened that two Garmin associates were involved in last night’s incident, and we express our condolences to the family and friends of our co-workers involved. Garmin will have grievance counsellors on-site and available for its associates today and tomorrow,” said the statement from the US firm, the Kansas City Star reported.

The family of Srinivas has started a crowdfunding campaign to raise money to meet the funeral expenses and transportation costs to India “so his parents can say goodbye one last time to their beloved son”.

This is 1st time it happened to family; Trump is only the primary reason as of now: Kansas shooting victim Srinivas Kuchibhotla's relative pic.twitter.com/gxlv7Lxfzw

“Srini was the kindest person you would meet, full of love, care and compassion for everyone. He never uttered a word of hatred, a simple gossip, or a careless comment. He was brilliant, well mannered and simply an outstanding human being,” read the post on GoFundMe, which was written by a friend Kavipriya Muthuramalingam.

“His wife Sunayana and his family are now faced with incredible grief and a multitude of expenses,” she wrote

One of the comments on the page was from the sister of Ian Grillot, who has been hospitalised and is recovering.

“My brother was the third victim. My deepest condolences to the family – I’m so very sorry for your loss. My brother wishes he could have done more for your family. Keeping everyone in my prayer,” wrote Maggie Grillot.

Another GoFundMe campaign was started by a Kansas resident who wanted to help the two victims. “Let’s send a message that we will support those who are targeted – and stand against all who wish to spread hate – by raising funds to help the victims of this horrendous act of senseless violence,” wrote Brian Ford. Nearly $ 38,000 out of the goal of $50,000 had been raised in 13 hours.

Ian’s sisters also created a page for donations with a target of $150,000 to pay for his medical expenses.

“Ian found himself in the wrong place trying to be a helping hand. Ian stood up for two people being mistreated by a man who was in the wrong. Said man left and later returned to Austins Bar and Grill to open fire. Ian thought all rounds were done and tried to go after the man. This resulted in Ian being shot,” the post read.

A video released by the University of Kansas Health System showed Grillot in his hospital bed talking about the incident at the bar. “I wasn’t really thinking when I did that. It was just, it wasn’t right and I didn’t want the gentleman to potentially go after somebody else,” he said. Grillot was shot in his chest by a bullet, which first went through his hand.

Grillot describes how he had the “biggest smile on my face” after seeing Madasani at the doorway of his hospital room. The Indian engineer told him that his wife was five months pregnant. Once he was out of the hospital, he hoped to spend some time with his “new best friend”.

Kansas City Star also reported how the neighbours of the perpetrator were baffled at Purinton’s actions, whom they had last see mowing his lawn on Wednesday afternoon. They describe him as being hard hit after the death of his father a year earlier and usually been seen in an inebriated state in the area. But they also note that he was a helpful neighbour who they had never heard “make any threatening or racist remarks”.

“I guess my personal question is, could there have been something more I could have done to help him? ..Other than listening to him. … It’s just a troubled time for our country. A sad time,” a neighbour Michael Shimeall told the Kansas City Star.