For the Gay Community, Coming Out of the Closet is a Better Option Than Facing Social Ridicule

Section 377 is often used to harass gays, but rarely do the cases land up in courts and result in prosecution or conviction 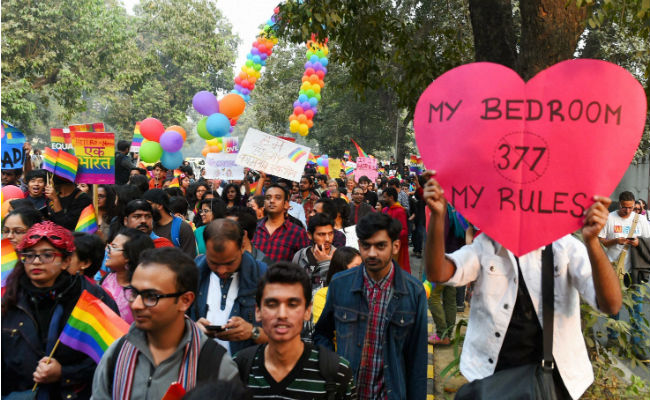 In late 2010, Onir, the award winning director of My Brother Nikhil was in a pretty sticky situation; an aspiring actor had accused him of sexually molesting him. The case went to the police who were extremely homophobic and hostile to Onir with even charges of non-consensual sex added on (the actor concerned was stronger and bigger than the diminutive Onir). It was then that Humsafar Trust stepped in and a series of meetings at the Versova police station finally led to the case ending up exactly where thousands of cases under Section 377 do; on the police files, because neither party was willing to take it to the final forensic conclusion.

My community-based-organisation, the Humsafar Trust has handled hundreds of such cases over the years where cases under Section 377 end up as instruments of blackmail, extortion and plain sexual harassment. The important thing to remember however is that they never end up in courts to reach their final denouement. The Humsafar Trust even launched a petition which received thousands of signatures from the community supporting Onir and how people like him in vulnerable positions were subject to homophobic behaviour. Onir used that occasion to good effect – he came out as a gay man without much fuss or fanfare. And everything was alright. The world didn’t end and neither was he celebrity-shamed by anyone to do that. One unfortunate incident made it clear to him that coming out was a better option than facing ridicule both at a societal and legal level.

It’s six years since and I have just read Dushyant in The Wire with a sad story of how it is not prudent for someone of privilege to come out. And some alarming statements have been made. Dushyant has also cited a story on gay harassment in The Caravan magazine by reporter Bhavya Dore who took our help and data to ironically show why it is prudent for LGBT to actually come out and take a stand.

Dushyant has also used a quote of our former advocacy officer Sonal Giani in a way that is totally out of context. According to her, she had told the Caravan reporter that the rise in extortion cases was alarming and had pointed out how many people were not out and this made them vulnerable. Dushyant has picked on the word ‘alarming’ to make his case that people should not come out, which, Sonal says that it is in fact the opposite of her experience.

The story in the Caravan though is about how LGBT, especially gay men have been fighting Section 377 and how it is used by the police. But it also says, “However, the police had no data on whether chargesheets were filed, charges framed and the legal procedure taken to its ultimate conclusion”. Obviously Dushyant has overlooked this conclusion. Not a single case has reached a court where it could lead to any of the prosecuted to be jailed or face further harassment. Dushyant’s silence on this is mystifying. Further he makes a statement that the difference between harassment and arrest is “hyper-technical”, which seems uber cool but doesn’t mean a thing.

Let me take this further. Dushyant then uses selective data from a report in the Deccan Herald about how “750 cases were registered and 600 people arrested under Section 377 of the IPC in 2014”. Though this was also taken from our data base collected from the 193 members of INFOSEM ( Integrated Network for Sexual Minorities) for the report which the Caravan too used, Dushyant has not said what exactly happened to those arrested. Were they prosecuted? Has any sentence been passed in any of those cases in any open court proceedings? This is plain muddying the waters.

In hundreds of cases, adult women having consensual sex with men who promised them marriage have ended up filing rape charges against their partners. Scores of men have ended up in jail without even recourse to bail. This does not seem to have stopped men from having sex with women outside the framework of heterosexual marriage, has it? And if such cases of harassment by a law meant to protect women can be misused, how much more drastic action do LGBT face because of the Damocles sword of Section 377 over their heads? To make a case they should remain in their closets instead of fighting this unjust law is not just defeatist but also homophobic to boot, despite Dushyant’s disclaimers in the intro.

In his article, Dushyant gives unsolicited advice to Johar that “while Johar may be incorrect in his belief that coming out may lead to arrest, he may actually be doing everyone a favour by raising awareness about the fact that coming out most certainly can lead to harassment at the hands of the police”. This is indeed a recipe for disaster. I mean, here we have a person cracking gay jokes, poking fun at fellow Bollywooders about their sexual proclivities, producing films populated by gay characters in every sensitive way, refusing to talk about his sexual orientation and yet educating us about the Gay Life? Surreal to say the least.

In his article Dushyant has advanced the argument of how cases have been filed for smaller demeanours’ against celebrities with the weird logic “The fact that none have been filed yet with reference to Section 377 is no guarantee that one will never be filed”. This is a form of homophobic warning. Watch out, big brother can take away your rights to be who you are – even if it can’t be proved in court mind you. Which Dushyant again refuses to acknowledge. In the last several years since Section 377 has become a bone of contention, the governments of the day have tried to book people under this law. Even lesbians have been harassed though “penetration is sufficient to constitute the carnal intercourse” is difficult to prove in their case. In a case cited by Lawyers Collective, even a fist around a penis has been constituted as “carnal intercourse against the course of nature” in a case cited in Gujarat. Yet few have resulted in convictions under Section 377. All, despite Dushyant’s formidable warnings, have fizzled out on the way to court.

So what we have are laws that instead of protecting people are harnessed to harass, blackmail and extort them. And Dushyant wishes us to be totally silent spectators to this total travesty of the law of natural justice. Which is what Apurva Asrani has said that we must stand up and fight. Many of us may do it in different ways. Scores of members of the American Psychiatric Association were gay but not out. But they fought the good battle by presenting data and rational attitudes towards sexuality and giving the “correct factual and pragmatic” information to finally remove homosexuality from the list of mental illness.

Apurva Asrani has come out of the closet after extremely harrowing experiences; in many ways I am proud the way he has handled himself and all those dear and near to him to live a dignified transparent life open to public scrutiny. Nobody forced him to come out; it is an individual choice that each person must make for himself. I am sure others will also make that journey with informed consent and introspection, without fear mongering and misinformation being thrown around carelessly.

This is a rebuttal to Dushyant’s article titled “Karan Johar has a point – Even coming out of the closet can lead to harassment”, which appeared in The Wire on January 16 2017. Ashok Row Kavi is chair of the Humsafar Trust, which promotes LGBT rights.