After a meeting, the Election Commission is likely to issue a circular outlining the procedure relating to complaints of poll code violation. 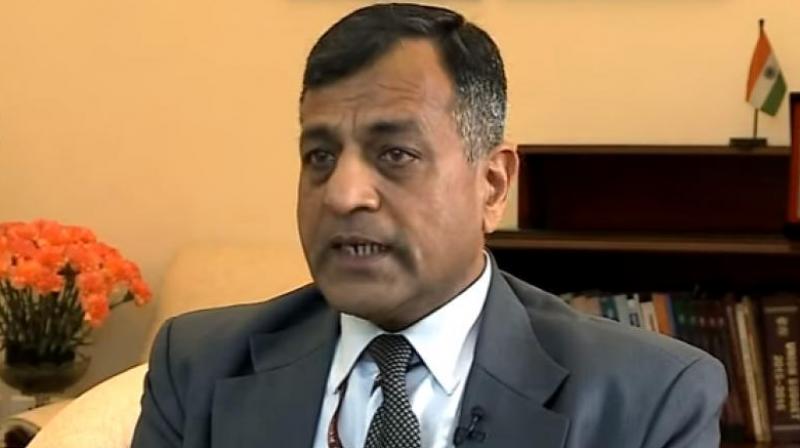 New Delhi: The Election Commission (EC) on Tuesday rejected with a majority vote election commissioner Ashok Lavasa’s demand that dissent notes should be recorded in its orders on model code violations, days after the simmering tension within the poll body over the issue became public.

After the ‘full commission’ of the panel, comprising chief election commissioner Sunil Arora, Lavasa himself and Sushil Chandra, deliberated on the contentious issue, the EC decided that dissent notes and minority views would remain part of the records, but would not be part of its order.

“In the meeting of the Election Commission held today regarding the issue of MCC (Model Code of Conduct), it was, inter alia, decided that proceedings of the commission’s meetings would be drawn, including the views of all the commission members,” the commission said in a statement after the meeting, which lasted for more that two hours.

“Thereafter, formal instructions to this effect would be issued in consonance with extant laws/rules, etc,” it further said.

Explaining the order, an EC official said dissent notes and minority views would remain part of records of the poll panel.

Lavasa had dissented on a series of clean chits given by the EC to Prime Minister Narendra Modi and BJP president Amit Shah on their speeches during the election campaign.

As his demand to record his dissent notes in EC’s orders was not met, Lavasa recused himself from cases relating to violations of the MCC.

In a strongly-worded letter to Arora on May 4, Lavasa is learnt to have said that he is being forced to stay away from the meetings of the full commission since minority decisions are not being recorded.

In Tuesday’s meeting, Lavasa stuck to his ground, demanding that dissenting views should be included in orders.

Since copies of the orders are sent to the complainant and respondents, they become public even if the EC does not share it with media.

The EC maintained that dissent notes cannot be made part of the order as the poll code violation cases are not quasi judicial in nature and that they are not signed by the chief election commissioner (CEC) and fellow commissioners.

“They are like executive orders. They are summary decisions where decision is taken by the EC without hearing out counsels of the two parties. The orders are brief and are not signed by the three commissioners,” explained an official.

Such orders are usually signed by the concerned principal secretary or secretary of the EC, the official said.

Lavasa is said to have dissented in as many as 11 EC decisions involving complaints against Modi and Shah for alleged MCC violation. The duo were let off in all the instances.

An official said the EC is likely to issue a circular clearly outlining the procedure relating to complaints of poll code violation.

“Status quo will be maintained. Dissent will not be made public but would form part of EC records,” explained an official.

Also Read: In 1995, SC Had Shown How the Present Discord Within the EC May Be Resolved

As per the law governing the functioning of the EC, efforts should be to have unanimity but in cases of dissent, a majority (2:1) view prevails.

In his May 4 letter, Lavasa is learnt to have also said that his participation in EC meeting is “meaningless” as his dissent remained unrecorded. He said that his notes on the need for transparency have not been responded to because of which he has decided to stay away from meetings on model code related complaints.

Sources said Lavasa had written to the CEC about the issue on at least three occasions.