Dominique was part of a small group of scholars working on the shared and overlapping cultures of Hindus and Muslims in the subcontinent. 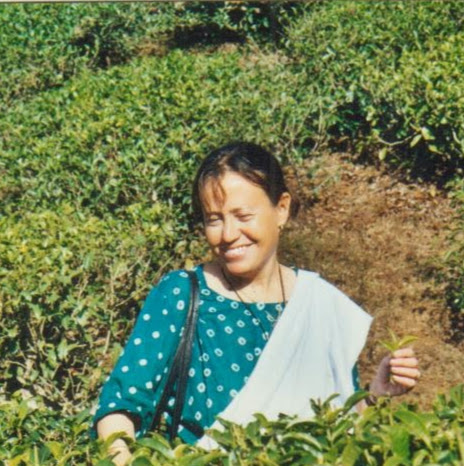 The morning’s emails rolled into my inbox, one with the shocking news of the passing of Dominque Sila Khan, one of the most talented scholars of religion in South Asia. I had first met Dominique in the early 1990s at a conference on Rajasthan and was hugely impressed with the dynamic energy of her paper and presentation. She was then unravelling the hidden and secret identities of Ismaili missionary-saints in Western India, including Ai Mata, Jasnath, Jambha and Ramdev, mostly followed by ‘untouchable’ and ‘low’ castes who had been converted to Ismailism in the 13th and 14th centuries by missionaries of the Ismaili dawa working in Multan.

The question for me is who converted whom. Ismailis were in constant conversation with Hindu religious practitioners such as the Nath Yogis and Kabirpanthis, and there was much mutual learning until the 19th century when the idea of singular religious identity began to thrive and create bounded identities. Over a period of time, saint-hero-gods such as Ramdev who had a major following among Dalit communities became appropriated as Hindu and Vaishnava.

Dominique’s doctoral work Conversions and Shifting Identities: Ramdev Pir and the Ismailis in Rajasthan gives us accounts from traditions of the Dalit caste of Meghvals of the persecution by the Delhi Sultans of holy persons who were disciples of Pir Shams. Hence, the martyrdom of Khivan along with Ransi Tanwar, the grandfather of Ramdev, by the Delhi Sultan. His body was then miraculously transformed into milk and he acquired the name Dudh Pir. There is a similar hagiography of Phul Pir.

Information on the Ismailis had until then depended on the orally performed traditions of the Ismailis, the ginans or devotional hymns – Dominique’s work excavated architectural and mythic evidence of an expanding Nizari dawa.

Over the years, Dominique and I came to share many interests and borrowed deeply from each other’s work. On some questions we also diverged – I was critical of the idea of crypto-Islam that she used in her later book, Crossing the Threshold. Dominique and I were part of a small group of scholars working on the shared and overlapping cultures of Hindus and Muslims in the subcontinent, which included Ann Gold, Yogi Sikand, Veronique Bouillier, Tazim Kassam, Carla Bellamy and others. A volume titled Lines in Water: Religious Boundaries in South Asia is one of the volumes that came out of some of our work.

Some of us were part of a conference on liminal identities in Goa, which also produced an edited volume titled Lived Islam. The challenge before us was how to conceptualise the identities that emerged around these diverse and culturally interconnected universes. Surely all identities are mixed – unless moulded to the contrary by ideological intervention – but the hybridity of some has been especially pronounced, such as of Mewatis, More Salam and Malkana Rajputs, Khanzadas and Kayamkhanis, among others.

All of us struggled with vocabularies to signify this space. Dominique used the concept of acculturation then popular in French anthropology, but veered around to using the idea of liminality that for me signified the in-between spaces between religions and that defied boundary-making enterprises.

Dominique herself had a novel location: she was born Jewish and was the author of a fairly successful novel. She was educated in Paris but moved to Jaipur after her marriage to a Sunni Muslim from the Shekhawat region of Rajasthan. Dominique was the writer, but Sattar Khan partnered her at home and in fieldwork. He knew intuitively what she arrived at in the way of scholarship and together they uncovered the traces of Ismailism over a millennium.

Dominique’s work on the Imamshahi Satpanth showed how the dharma parivartan campaign of the Vishwa Hindu Parishad in the 1980s forced the Patidars, members of an agricultural caste representing about 75% of the Imamshahi Satpanth to remain gupti (in hiding). In the 1980s, Kaka Karsan Das of the Pirana shrine assumed the Hindu title of acharya and claimed to be the spiritual leader of the community. He initiated a process of Hinduisation so as to make the sect acceptable to the Sangh Parivar, involving modifications in rituals and the sacred literature.

Her research into the Pranami tradition suggested how Gandhi’s early association with the Pranami tradition has been underplayed, even obliterated in several biographies, as also in his own autobiography. Gandhi admits only in passing in the latter that his mother was a Pranami and that, in his childhood, he would also go to the Porbandar shrine and read from both the Gita and Quran. He mentions that many people thought that they were Muslim. The Qulzam Sharif, the holy scripture of the sect, defines the Pranami religion as Islam or din-i Islam.

At the turn of the century, Dominique, whose Hindi was fluent – Rajasthani and Gujarati just a little less so – decided to learn Malayalam and immersed herself in the Hindu, Christian, Muslim and Jewish cultures of Kerala. The outcome was Sacred Kerala, a book I have taken on each of my journeys to the Malabar coast.

Sadly, a recent political position in India celebrates the nativist intellectual, ignoring how scholars such as Dominique made India their home, opting for a deeper understanding and experience of Indian cultures rather than a position in a European university. Even as livelihood remained a struggle for Sattar and her, one of her last projects was to set up an institute of pluralism.

As I look at the copies of Dominique’s books in my office, I think of how in the end this is all that remains: our witnessing of the past, of footprints on the sand that are erased by time and of vanishing worlds as the quest for pure religions and totalised identities is undertaken at a frenzied pace in the subcontinent.

Shail Mayaram is a historian and political anthropologist whose most recent book is Israel as the gift of the Arabs: Letters from Tel Aviv