Pyongyang suspends nuclear and missile tests in the run up to summits with South Korea and the United States. 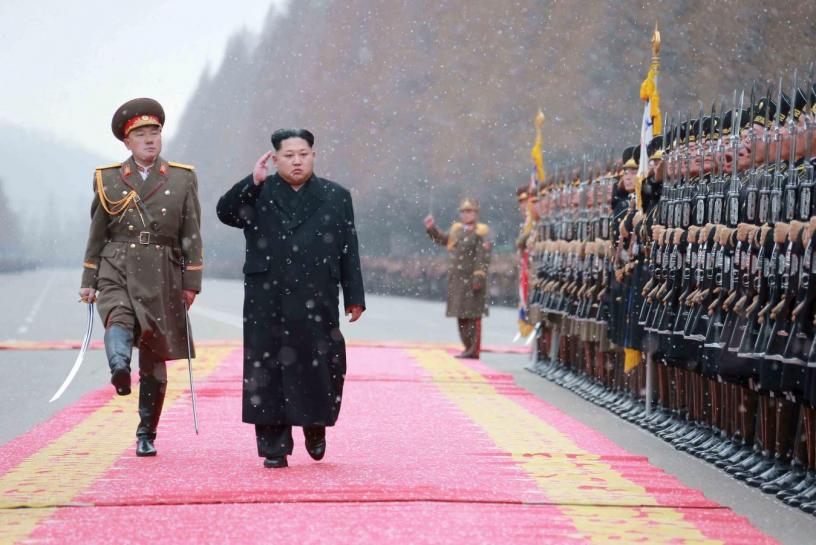 North Korean leader Kim Jong Un salutes during a visit to the Ministry of the People's Armed Forces. Credit: Reuters/KCNA

On Saturday, the state-run Korean Central News Agency reported that North Korean leader Kim Jong-un had decided to suspend all nuclear and missile tests. “The North will shut down a nuclear test site in the country’s northern side to prove the vow to suspend nuclear testing,” added the KCNA report. It stated that the decision took place at the plenary meeting of the central committee of the ruling Worker’s Party of Korea (WPK) on Friday.

Welcoming the announcement, the executive secretary of the Comprehensive Nuclear Test Ban Treaty Organisation (CTBTO), Lassina Zerbo said, “This is a strong signal and an important step in the right direction”.

North Korea is among 44 countries listed in Annexe 2 of the CTBT, whose ratification was compulsorily required for the multilateral pact to enter into force. DPRK, along with India and Pakistan, are the only Annexe 2 countries who have never signed or ratified the agreement. China, Iran, Israel, Egypt and United States have signed the document, but not ratified it so far.

“As a next step, the DPRK, along with the other remaining Annex 2 countries, should consider signing and ratifying the Comprehensive Nuclear-Test-Ban Treaty (CTBT) to solidify this progress,” Zerbo said in a statement on Saturday.

He added that a “legally binding in force CTBT” was the only way to solidify the moratorium on nuclear testing, which was an essential step towards the “ultimate goal: a world free from nuclear weapons”.

“The CTBTO stands ready to assist in whatever way we can,” Zerbo stated.

North Korea has, so far, conducted six nuclear tests, with the last being in September 2017.

India’s ambassador Arundhati Ghose at the time of the treaty’s negotiation had famously said at the Conference of Disarmament in 1996 that “India will not sign this unequal treaty, not now, nor later”.

After the 1998 nuclear tests, Prime Minister Atal Bihari Vajpayee had announced an unilateral, voluntary moratorium on further testing. Speaking at the UN General Assembly the same year, Vajpayee stated, “In announcing a moratorium, India has already accepted the basic obligation of the CTBT.”

India has subsequently reiterated the moratorium several times. A reassurance given by then external affairs minister Pranab Mukherjee led the Nuclear Suppliers Group in September 2008 to grant a waiver from its export rules for India, thus opening the doors for nuclear trade with the country.

In 2016, India and Japan signed agreement for cooperation in the peaceful uses of nuclear energy, after a long period of negotiations. In a supplementary text, India reiterated the 2008 declaration. Further, Japan noted that it would suspend nuclear cooperation with India, if the latter’s action were in violation of Mukherjee’s statement.