Hot on the heels of Saturday’s opposition meeting in Kolkata, the BJP president urged voters to uproot the TMC government in Bengal. 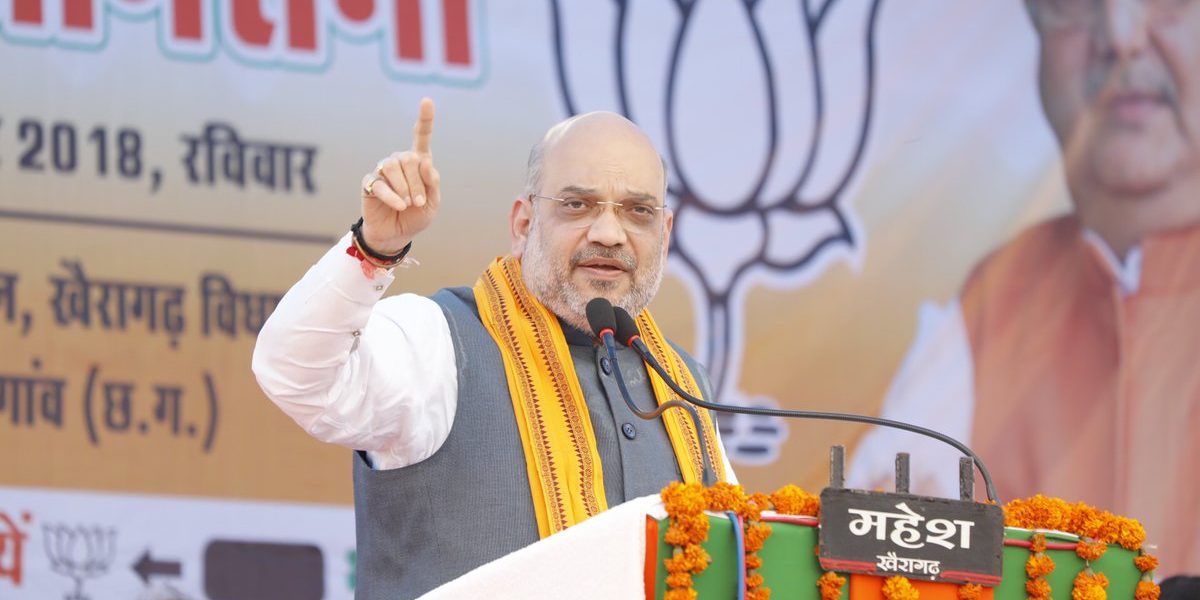 New Delhi: Launching the 2019 battle for West Bengal, Bharatiya Janata Party (BJP) president Amit Shah spearheaded an all out attack on chief minister Mamata Banerjee and her government at a rally in Malda on Tuesday. In what is bound to further raise Banerjee’s hackles, Shah raked up the controversial Citizenship (Amendment) Bill, challenging the Trinamool Congress leader to stick to her stand against it.

“I want to ask Mamata, the refugees who have come from Bangladesh are asking you whether you will support the Citizenship (Amendment) Bill” said Amit Shah. Prior to this Bill, Banerjee took the lead in opposing the BJP-driven National Register of Citizens (NRC) in Assam that stripped a large number of people of citizenship.

The TMC has warned that the amendments to the Bill threaten to undermine the secular fabric of the Constitution. The amended Bill, relaxing citizenship norms, makes non-Muslim migrants from Hindu, Sikh, Buddhist, Jain, Parsi and Christian communities from Bangladesh, Afghanistan and Pakistan eligible for Indian citizenship, even if they arrived without proper documentation.

TMC MP Saugato Roy at an earlier protest against the Bill told the press, “How can there be discrimination on the basis of religion? You will be eligible if you are Hindu but kept out if you are Muslim? Our Constitution does not allow this.”

The tone and tenor of Shah’s speech at Tuesday’s Malda rally suggest the BJP intends to stick to its polarising campaign.“Half the Central government money is consumed by the infiltrators and the rest by TMC leaders,” alleged Shah.

“They are very fond of infiltrators. To expel the infiltrators, NRC was brought, but they misled the people of Bengal by saying Bengalis will be driven out. I want to assure all refugees living in Bengal — Hindu, Buddhist and Sikh — that they need not be afraid . We have brought the Citizenship (Amendment) Bill to grant citizenship to each and every Hindu Bangladeshi. No one will be left out. Whether the person is a Buddhist, Sikh or Christian. Those who have been oppressed and have come from Pakistan, Afghanistan, Bangladesh will be granted citizenship by the BJP’s Narendra Modi government,” said Shah.

Since her ascendancy to power in 2011, Banerjee’s adversaries, both from the left and right, have accused her of “minority appeasement” and using Bangladeshi “infiltrators” to further the TMC’s electoral gains.

The BJP president’s attack at Malda comes close on the heels of an impressive anti-BJP rally in Kolkata attended by over 20 regional and national opposition leaders and hosted by Banerjee.

Also Read: In Bid to Stifle Free Speech, ‘Offences Against the State’ Make Comeback in Northeast

As the battle for the general elections – three months from now – heating up, the campaign noises emanating from Bengal are getting shriller. The BJP has identified Bengal as one of its priority states, hoping to build on its expanding influence.

Though the BJP has cancelled Prime Minister Narendra Modi’s rally at the Brigade Parade ground, he is expected to address a series of meetings in Bengal in the next few weeks.