What Happens When a Travel Writer Looks Only Through the Camera?

My experience at various Sufi shrines in Pakistan raised some difficult questions. 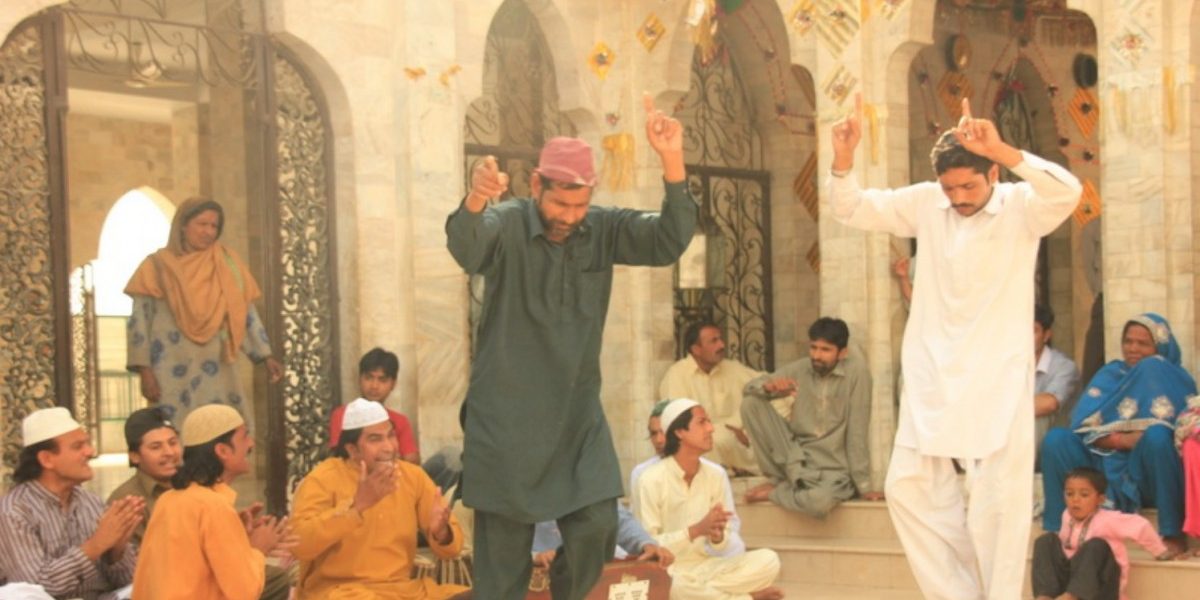 At the shrine of Baba Fareed. Photo: Haroon Khalid

There is a fully functional camera in every cellphone, but my DSL camera was not being allowed into the Sufi shrine of Baba Fareed Shakarganj at Pakpattan. How do you point out these contradictions to the police officials standing at the edge of the entrance, searching everyone who enters the shrine?

The threats are real. Sufi shrines have been targeted by militants in the past decade or so, accused of being un-Islamic and promoting “vulgar” traditions such as dance, music and dhamal. At several of these Sufi shrines, multiple identities, religious traditions and genders melt, submerged just as a Sufi is believed to drown in divinity. “Calling the name of Ranjha (symbol of divine), I myself became Ranjha,” said 16th-century Sufi mystic poet Shah Hussain, whose shrine in Lahore is one of the most prominent Sufi shrines in the city.

Thus, I can understand the cause for concern and the extra precautionary methods that need to be adopted. However why is a camera threatening but not a multitasking cell phone, which sometimes has a much more powerful lens?

With the police official I was negotiating with taking mercy on me and allowing me to take the camera inside, I wasn’t willing to engage in these broader discussions. He was just following orders, given through a chain of command, a bureaucratic structure, which overtime sucks out any logic but remains tied to the command.

The initial logic could have been a security threat. The state doesn’t want militants to photograph the space, identifying its strengths and weaknesses. This logic falls flat in a world where every pocket phone has access to Google Earth. It isn’t always security concerns, though. Several years ago, I was in Lahore visiting the shrine of Ali Mardan, the Mughal governor of Lahore in the 17th century. At the end a narrow alley, the mausoleum appeared out of nowhere, a splendid structure, a testimony of the Mughal empire at its zenith. The entire structure was decorated with detailed and colourful frescoes and mosaic. There was no end to this artwork.

Bewildered at the beauty of the structure, I unconsciously took my digital camera out of the bag, wanting to capture the beauty of the building. It was a futile attempt. I didn’t know where to begin from, or how to capture the essence of the structure, its festive colour standing in contrast to the drabness of the ordinary world around it – a few railway tracks and a workshop.

Also read: In Tranquebar, Amidst the Shells and Singing Waves

I had only snapped a couple of these pointless photographs when an old security guard, in plain clothes, sitting on a wooden chair, jumped up, saying with his finger that photographing the structure wasn’t allowed. “Why not?” I asked. “Just because,” he replied. More than security concerns, in this case it seemed the state wanted to save itself the embarrassment of having allowed this structure to fall into disrepair. Pictures in a local newspaper would have achieved that purpose.

But just as a chain of command strips an order of its logic, the same chain also breaks down a powerful state into several parts, all representatives of that bigger state. At that moment it was the security guard who was the state in front of me. I talked to him, requested him to let me take a few photographs. He was a sweet fellow who agreed after a little coalescing. This was not a negotiation between an individual and a state, but rather between two individuals.

I had a similar experience a couple of years ago at the smadhi of Ganga Ram in Lahore. He was an iconic philanthropist who was responsible for raising some of the most memorable buildings in the colonial city in the 20th century. Upon entering the courtyard of the smadhi, I began photographing the building when a security guard leaped towards me with a similar gesture, offering a similar logic. It was a similar interaction and negotiation, and eventually I was allowed a few photographs of the building. 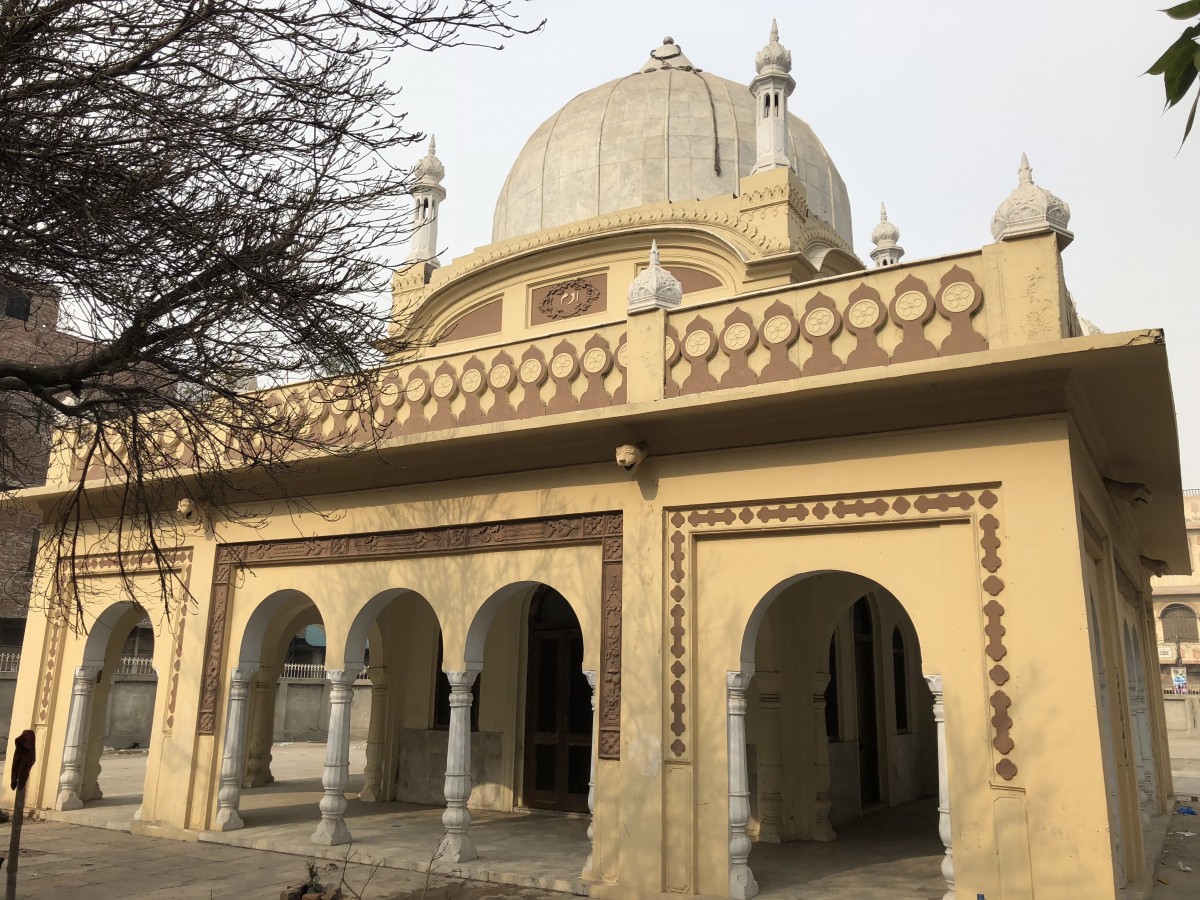 Back at the shrine of Baba Fareed at Pakpattan, the camera was eventually allowed inside, not so much after challenging the logic of the command but rather using the notorious “I am a journalist” card. At the top of the mound, I quickly began to photograph the shrine and several activities, eager to capture a few photographs before someone higher in the chain of command showed up, having to repeat the entire process of negotiation. I photographed each and every building, all the whirling devotees and the qawwali performances. I photographed all the rituals that would help me create a story around the shrine.

All these trips were successful and I have numerous photographs. But its taken me a while to understand what I have lost in the process of this photography. Delighted at the ‘privilege’ of being allowed to photograph, in all of these cases I was taken away from that physical space. The shrine, mausoleum and the smadhi became a story for me, which I imagined through words and pictures. Even when I was standing there, I was conceptualising the beginning, the middle and the end of the story, and taking photographs that would substantiate the story.

In that moment, the physical space stopped being an experience that it was meant to be. Instead of engaging in a conversation with these historical spaces, I was – through the lens of my camera and the unformed words of my story – involved in a one-way discourse with the space. My story was overriding all other potential narratives that could have come forward had I not been busy photographing these structures.