Starved of Internet, Malaysian Tourists in Kashmir Break Down

The tourists became emotional after connecting with their families through the internet after five days in the Valley and cancellation of flights due to snow. 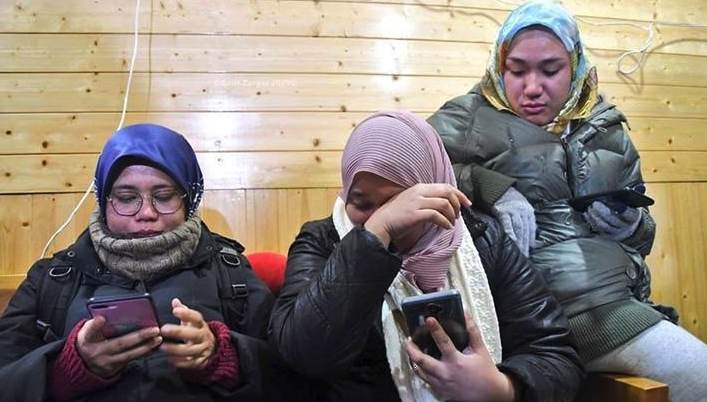 Malaysian travellers break down after connecting with family after five days in Kashmir. Photo: Basit Zargar

Srinagar: At a time when the Government of India (GoI) has decided not to restore internet services in Kashmir, the government-sponsored media facilitation centre here on Wednesday witnessed emotional scenes when a group of Malaysian tourists managed to make a video call to their family after five days in Kashmir.

The group of eight were supposed to fly out to New Delhi on Wednesday but got stuck in Srinagar because all scheduled flights were cancelled for the day due to heavy snowfall.

A local tour operator, Mir Ghulam Jeelani, brought the tourists, who were desperate to see their family, to the media centre, and requested he be given internet access so the group could get in touch with their families back home.

The media centre is a makeshift office which was set up by the government weeks after the August 5 scrapping of Article 370. Here, journalists get limited internet access to file their stories.

“After the flight got cancelled, these tourists were in dire need to get in touch with their families. They wanted to assure them that they are safe,” Jeelani said.

The moment the tourists made a WhatsApp video call, they turned emotional as they saw the faces of their family members for the first time since January 11.

Five days after the Supreme Court asked the government to review the internet blockade imposed on the people of Jammu and Kashmir since the night of August 4 and 5, the J&K administration on Wednesday decided not to restore internet in the Valley. 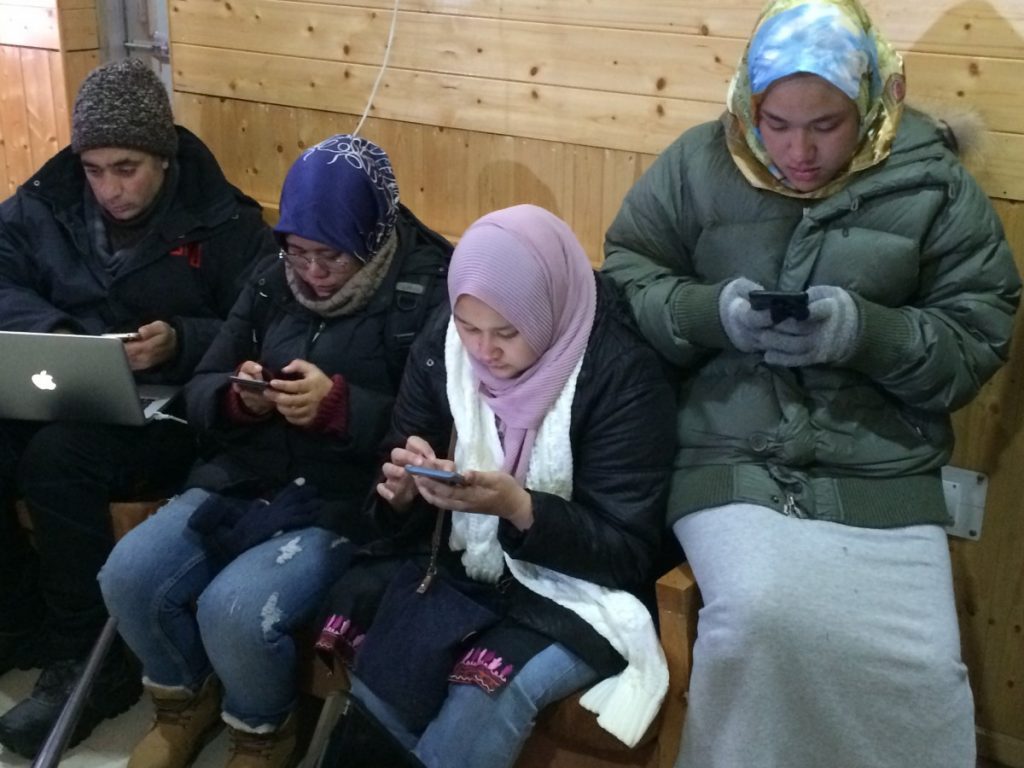 According to an order passed by the home department, it was imperative to keep the  internet shut in Jammu and Kashmir for the “security of the state” and for “maintaining public order” in the interest of the “sovereignty and integrity of India”.

The government decided to resume low-speed 2G internet service on postpaid mobile phones only in the five districts in the winter capital that include Jammu, Samba, Kathua, Udhampur and Reasi from Thursday, January 15.

Even though authorities restored postpaid mobile services last month, internet has remained suspended for the past five and a half months.

The internet ban has crippled all activities related to its usage, with business and academics facing a major crisis in its absence.

Yousinda, one of the Malaysian tourists, said she had never experienced an internet shutdown in her life.

“It is like we are in a big jail. We had no idea what was going on in the outside world. Even though we had called our family, but we were desperate to see their faces,” she said. “It was a relief to see my family after five days.”

The Wire had earlier reported that despite the soured relationship between New Delhi and Kuala Lumpur following the Malaysian prime minister’s remarks on Kashmir after the dilution of Article 370 in August last year, Malaysia was the country which sent the largest number of foreign tourists to Kashmir in 2019 .

According to the Criminal Investigation Department’s (CID) data, at least 9,822 Malaysian tourists visited Kashmir until November 2019. This number is more than double that of travellers from the country second on the list, Thailand.

Almost one-third (3,145) of the travellers from Malaysia visited the Valley in April alone.

Ida, 23, said that though they enjoyed their stay in the Valley, the lack of internet was their biggest concern.

“We visited Gulmarg and enjoyed the snow but our families were worried about our safety. And today with the cancellation of flights we were dying to see our family. That’s why we couldn’t control our emotions,” she said.

The group alleged that before travelling to Kashmir the authorities had assured them that they would have access to the internet, but that was not the case.

Another Malaysian said the people of Kashmir were being forced to live in an “old age”, and that no arrangements had been made by the government for tourists.