After the Killing of Chennai Man, Will Tourism in Kashmir Take a Hit?

Though the death of a 22-year-old tourist in a stone pelting incident could potentially dent the tourism business in J&K, many travellers attest to why they will never stop visiting the Valley, including members of the same group R. Thirumani was a part of.

A man walks through a garden on an autumn day in Srinagar. Credit: Reuters/Danish Ismail

For Siva Sai, a young photographer from Chennai who lived alone for the first time for over two months in the outskirts of Srinagar last year, the news about the death of a 22-year-old youth from Chennai in a stone throwing incident in Kashmir came as a shock.

Last summer, before coming to Kashmir, he says almost everyone at home, including his friends and family, asked him not to visit the Valley. But he did. “I believed in Kashmir and Kashmiris and during my stay, all I found was care and safety despite protests and shutdowns from time to time,” says Sai. “All my apprehensions and fears vanished as I lived among people in the Valley.”

He says he felt welcomed even as people around him mourned civilian killings followed by days of shutdowns and strikes. “No one harmed me or hated me for staying there despite their own grief and outrage,” he says. “I felt welcome everywhere I went.”

When he heard about the death of R. Thirumani, he felt sad but even then continued to argue with his friends to not to make up their minds based on one unfortunate incident. “After I returned from Kashmir last year, I became that guy who always praised Kashmir and Kashmiris among my Tamil friends,” he says. “But explaining this incident to my friends was difficult. It doesn’t help anyone and I’m glad that everyone in the Valley condemned it.” 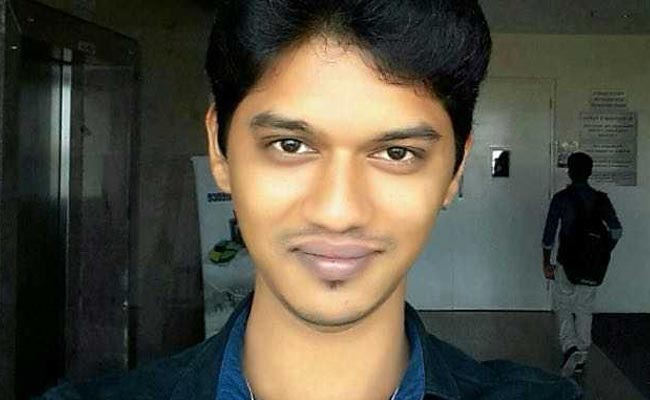 R. Thirumani was killed in the stone-throwing incident in Kashmir. Credit: Twitter

Sai says Tamilians understand what it is like to be oppressed. “We know how it feels to be denied your rights, but people in Kashmir should not make wrong choices,” he says. He also has a message for his fellow Tamilians: “Please don’t judge the whole Kashmir and its people by one such incident. Go to Kashmir to understand Kashmir and Kashmiris.”

Kanika Gupta, a Delhi-based blogger and frequent traveller, has visited and stayed in Kashmir five times in the last year alone. She says travelling solo and staying in the Valley has been a remarkable, emotional journey for her. “I have loved spending my time in the nature and enjoyed every second of being with the locals in the valley,” Gupta says. “People of Kashmir are a rare kind. They take their hospitality very seriously and take immense pride in making you a part of their lives.”

Gupta says she travels to Kashmir because it exposes her to different possibilities as a traveller. “It gives me a sense of belonging and the love of its people is impossible to leave behind,” she says.

For Kanika, it was heartbreaking to learn about the death of tourist in Kashmir as, she says, such incidents can potentially dent tourism business. “I have been working actively in promotion of Kashmir tourism and the recent stone pelting incident is not only extremely unfortunate but totally unheard of,” she says. 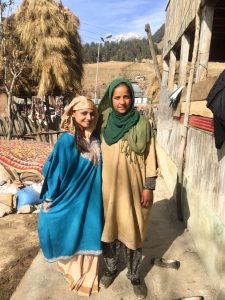 For Bhavita Modi, a Delhi-based lawyer and travel entrepreneur who is presently staying in Kashmir, it is her third visit to the Valley in the last six months. She came to Kashmir for the first time with a small group of female travellers and her next two visits were solo. “Every time I left, I wanted to visit again soon,” she says. “The landscape and natural beauty of this land is unparalleled and so is the warmth of its people.” From trekking down in Pahalgam even after dark to taking a shikara at 4:30 am at Dal Lake, she says “Kashmiris know how to ensure that a solo female doesn’t feel unsafe here.”

Modi has also visited the Valley during periods of shutdowns and protests. “But as a tourist, one remains unharmed and safe and I haven’t faced anything untoward,” she says. “I once had to cancel my day trip as roads were shut and faced trouble due to the internet shutdown, but these incidents didn’t deter me from returning as the Valley has much better experiences to offer.”

“I hope more people visit it and experience it firsthand rather than relying on the media reports,” she says.

Ashfina Charania, a food and travel blogger from Mumbai who recently returned home after her solo trip to the Valley, says before her trip she was warned and advised against travelling alone to Kashmir. “I am glad I visited because everything went so smoothly and I had a really memorable time,” says Charania. “Wherever I travelled throughout Kashmir, I was welcomed with warm, friendly smiles with people often enquiring if I was enjoying my stay. Everyone wished me well.”

About her Kashmir experience, she adds, “I couldn’t stop expressing my joy about how pleasant my trip was.”

Charania says she couldn’t believe the heartbreaking news about death of a young boy from Chennai in a stone throwing incident. “My thoughts are with his family and I hope peace is restored in the Valley and Kashmir shows their Kashmiryat to their guests and welcomes them as always,” she says. 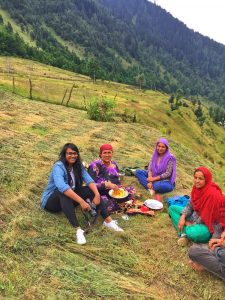 Chief Minister Mehbooba Mufti had last year stated in the assembly that Rs 3.87 crore had been spent on tourism promotional events in 2015-16. However, people have also questioned the state government for using tourism as a political tool, and for spending crores on much-hyped tourism promotional campaigns, including an ad film released last year which projected Kashmir as the “warmest place on earth” even as the violence continued and civilian deaths continue to mount.

Tourism contributes about 8% to the state’s gross domestic product. Following protests and shutdowns in the aftermath of Hizb commander Burhan Wani’s killing in July last year, the number of tourists fell from 3,91,902 in the first four months of 2016 to 1,69,727 in the same period the next year, as per a PTI  report. In 2017, about 12 lakh tourists visited the Valley. This year 1,54,062 tourists visited the Valley in the first four months, as per officials.

Recently, after inaugurating 64th Travel Agents Association of India inaugural convention and exhibition in Srinagar, Mufti had said that “Kashmir is facing alienation but our own country has left us alone.”

“Unfortunately, in Kashmir only the gun is used to deal with the situation which harms us,” she said, urging the delegates to bring their families along on their visits to the state, calling Kashmir as the “safest place in the world”. “Our situation is known to all. If any untoward incident happens anywhere in the state it is blown out of proportion which creates scare among tourists,” she said.

When the cavalcade of a group of 45 tourists from Tamil Nadu was caught in the stone-throwing incident in Narbal, while they were on their way to tourist resort Gulmarg, following which the 22-year-old R. Thirumani from Chennai was critically injured and later succumbed in the hospital, the group did not cancel their holidays. They decided to stay back and continue with their vacation as per the original itinerary. Despite the fear created by the incident, they stayed back to complete their trip.

“It was a tragic incident in which a youngster from our group died. There has been a lot of support from the locals and the authorities for us and we feel completely safe,” K. Saranya, a woman tourist from Chennai, told daily Greater Kashmir. She said their group went ahead with sightseeing in Srinagar and other parts of the Valley. “Apart from Gulmarg, we visited the Mughal gardens and also took a shikara ride and it was quite refreshing. Except for that one incident, our tour was quite memorable,” she said. “People should come and enjoy the beauty of Kashmir.”

“People in the Valley are quite welcoming,” added another tourist, V. Manoharahan, who is a part of the same group. “And in testing times, they have extended their help and support to us.”