At G7, Trump Accuses India of Charging 100% Tariff on Some US Imports

"This isn't just G7. I mean, we have India, where some of the tariffs are 100%. A hundred percent. And we charge nothing. We can't do that. And so we are talking to many countries," Trump said. 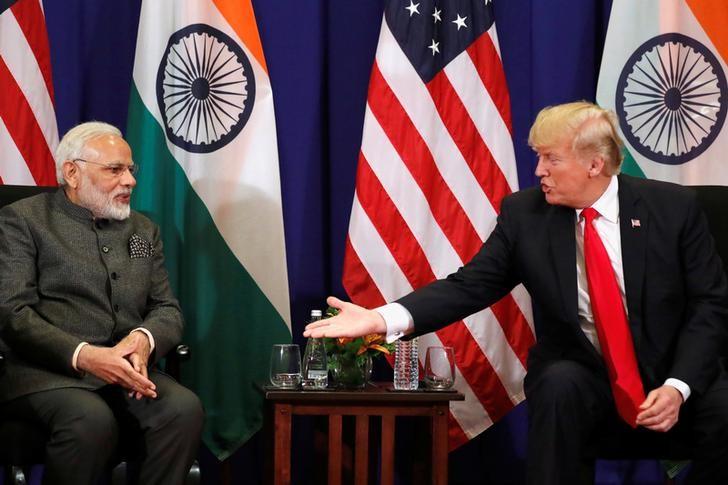 Washington: President Donald Trump has taken a swipe at India along with the world’s other top economies and accused New Delhi of charging 100% tariff on some of the US’s goods, as he threatened to cut trade ties with countries who are robbing America.

Trump made the remarks in Canada’s Quebec City where he was attending the G7 summit that ended in farce after he abruptly rejected the text of a consensus statement and bitterly insulted the host.

“We’re like the piggybank that everybody is robbing,” Trump said while addressing a press conference on June 9.

He also made a reference to India, indicating that his grievances on tariffs were not restricted to the developed economies alone.

“This isn’t just G7. I mean, we have India, where some of the tariffs are 100%. A hundred percent. And we charge nothing. We can’t do that. And so we are talking to many countries,” Trump said.

Trump has repeatedly raked up the issue of India imposing high import duty on the iconic Harley-Davidson motorcycles and threatened to increase the import tariff on “thousands and thousands” of Indian motorcycles to the US.

“We’re talking to all countries. And it’s going to stop. Or we’ll stop trading with them. And that’s a very profitable answer, if we have to do it,” Trump warned before leaving Canada for Singapore where he is scheduled to hold a much-publicised summit with North Korean Leader Kim Jong Un on June 12.

His remarks came at a time when the India-US relationship has been on a positive trajectory for years. For example, bilateral trade expanded by $11 billion last year to more than $125 billion, a new record.

Trump, who is pushing his ‘America First’ policy, said his ultimate goal was the elimination of all trade duties.

“Ultimately that’s what you want,” he said. “You want a tariff-free. You want no barriers. And you want no subsidies. Because you have some cases where countries are subsidizing industries and that’s not fair.”

China and the US have averted a trade war by reaching an agreement last month under which Beijing has agreed to “significantly increase” its purchases of American goods and services to reduce $375 billion trade deficit with Washington.

The top trading partners of the US are upset over recent imposition of a 25% tariff on import of steel and 15% on aluminum.

The US has said that the best way to solve trade disputes was by lowering tariff and non-tariff barriers by countries and allowing the free market to operate.

Under President Trump, trade dispute between India and the US has increased, with his administration asking New Delhi to lower its trade barriers and open up its market.

However, unlike countries like China, Mexico and Canada and those from Europe, India is not on top of the trade issues for the Trump administration.