It will be difficult for the US president to prove that his trade policies are not about hurting but safeguarding the interests of American companies, farmers, workers and consumers on domestic as well as global fronts. 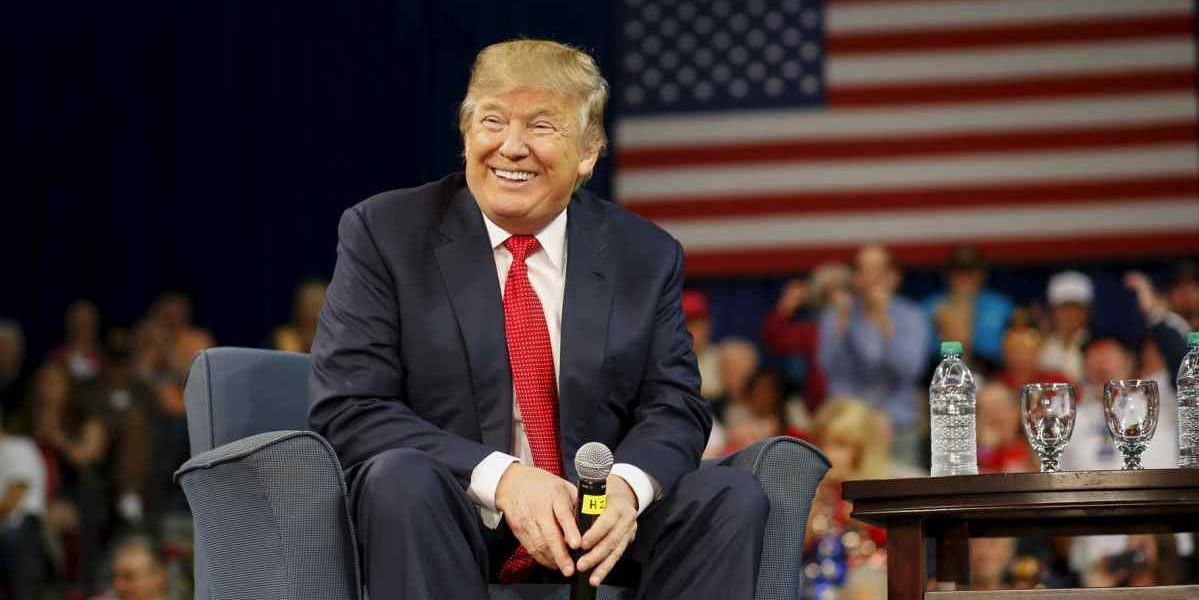 Donald Trump’s approach to balancing his country’s trade deficit through high tariffs is akin to cutting off the nose to spite the face. It has ended up creating havoc, particularly for the American producers, workers and consumers. Alas, with the world being interconnected, the global economy is being adversely affected, unnecessarily. It’s not even a zero-sum game as some pundits may argue.

While the US began the trade war with China on the pretext of ‘unfair trade practices’, it has irrationally scaled the war from countries to continents and products to global supply chains. The Financial Times has estimated that mutual trade restrictions can cross $1 tn mark, which is more than 50% of the US’s trade with its major partners such as China, Canada, Mexico and the EU.

The hardest hit economy will be the US itself. The EU suggests that an additional 25% import tariff on foreign automobiles will bear the negative impact on the US gross domestic product to the tune of $13-14 billion. American automakers, other large and small-scale industries, soybean farmers, meat producers, workers and consumers are being forced to absorb such shocks.

Its indirect impact could even be worse as companies with their base in the US are wary of consequences and plan to either scale back or postpone their investments or move overseas. This can cause a great loss of manufacturing jobs, farm and non-farm livelihoods and consumer welfare. If continued, these shocks will further slow down the global economic growth owing to their highly complex and interdependent nature.

Being a production hub for global auto majors including many companies from Europe, Japan and South Korea, the US is likely to lose investments that have been more than $75 bn and directly supporting 130,000 American jobs. In a worst-case scenario, the country may lose the confidence and trust of automakers, and force them to roll back and shift their production base elsewhere.

Harley-Davidson is the first auto group to have announced its plan to shift its US based production of Europe bound motorcycles to one of its plants overseas. The move is to adapt to punitive EU tariffs on a set of US products including automotive and help the company steer through an additional cost of $2,200 per motorcycle to Europe. Trump was not very happy with this as he was advocating hard to get lower tariffs in importing countries, such as India. 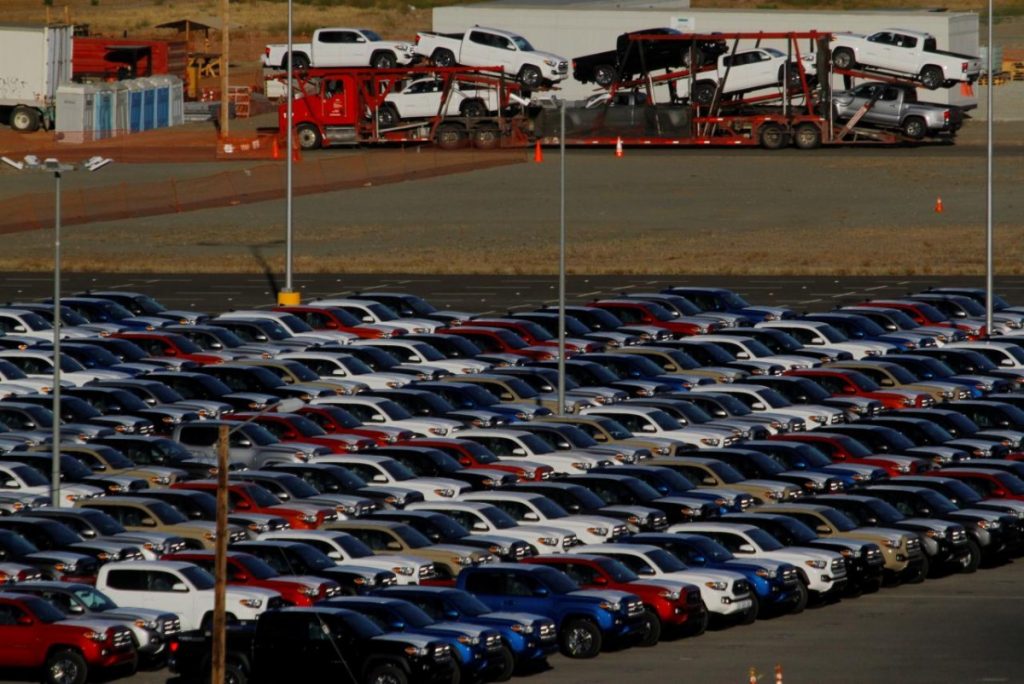 US may lose the confidence and trust of automakers, and force them to roll back and shift their production base elsewhere. Credit: Reuters

Another example is about non-US supplies of select models of Tesla and Ford Motors from non-US countries into China which have been emboldened with price cuts for Chinese consumers in response to the country’s tariff revisions for such imports to 15%. Supply of the same models from these companies’ US based plants to China would attract 40% tariff.

More or less similar market access concerns are voiced by tariff-hit auto majors such as Volkswagen, General Motors, BMW, etc., having production and assembly lines in the US. If tariff uncertainty persists, these automakers may have to either shift or integrate production networks of basic and advanced automotive by embracing flexible manufacturing systems where different sorts of automobiles are produced together in a basic plant closer to the markets.

Impact on farmers, workers and consumers

On the other hand, China’s reprisal with tariffs on American soybean and meat may sooner or later cause havoc for American farmers, workers and business. This will also impact supplies to American conglomerates such as Walmart’s exclusive outlets in China. Passing the extra cost to consumers can be an immediate option but not an ultimate one as supply chains of such farm products from other countries are shaping up.

For example, the demand for the American soybean, corn, cotton, pork and beef has started shrinking due to retaliatory measures taken by China, NAFTA countries and others. As a consequence, the supply of similar or alternative products to the ‘markets in conflict’ is incrementally bagged by Australia, Argentina, Brazil, Canada, Germany, India, Mexico Vietnam and West African countries, among others.

US businesses are wary of Trump’s trade policies that could cost millions of trade-related jobs. Manufacturing jobs in the west coast, southern Sun Belt and the once abandoned Rust Belt could be the worst hit. On the domestic front, Trump wants to create new job opportunities in his voter loyal areas by revival of investments for making vehicles of the future. 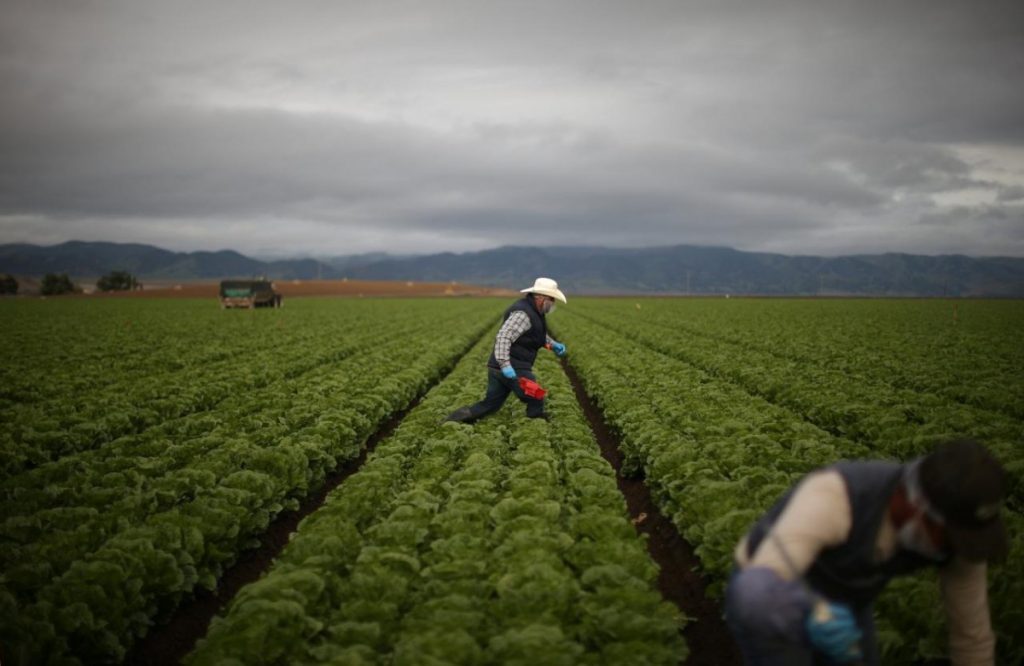 China’s reprisal with tariffs on American soybean and meat may sooner or later cause havoc for American farmers, workers and business. Credit: Reuters

Rising steel prices are forcing large, mid-sized and small-scale manufactures in industrial regions of the US, to buy costlier metal for manufacturing engineering and industrial goods at the cost of their profit margins or laying-off workers or both.

Likewise, American consumers will end up paying more as the operating cost would rise and profits will come down along the global supply chains. Retaliatory measures by China, NAFTA and the EU countries on agricultural and food items will further exasperate the US consumer price index which is already swollen by 2.9% in June compared to a year earlier and remain highest since 2012. Price rice in steel, aluminium, food and agricultural commodities has pushed companies like General Motors and Coca-Cola to lower their profit forecasts and announce that the mid-year price rise on some of their products remains inevitable.

Can they pass the political muster?

As things continue, the news about a short-term relief strategy through a $12 bn emergency package in aid to offset economic damages to tariff hit farmers and meat producers have started surfacing. It is in line with the estimated $11 bn worth of economic impact caused to farmers, meat producers and workers. The most affected regions are Wisconsin, North Carolina, Ohio, Iowa and Kentucky – states which voted for Trump in 2016.

This step has come in for harsh criticism. Many of President Trump’s Republican colleagues are debunking his decisions as ‘catastrophic’, ‘a big mistake’, ‘potentially escalate out of control’ and asking him to tread with caution. Proposals are also being made to pass laws which will shift the tariff setting policy to the Congress taking it out of Trump’s hands. A recent perception survey by the Pew Research Center suggests that increased tariff will negatively undermine the growth of the US economy. The approval rating of President Trump’s performance is also experiencing a declining trend – reportedly 42% – a historical low.

However, on the backdrop of the recent meeting between President Trump and the president of the EU Jean-Claude Juncker, the other side of President Trump’s disruptions have created positive vibes for fair market and solicited alliance against unfair trade practices. At the same time, it will be difficult for Trump to substantiate that his trade policies are not about hurting but safeguarding the interests of American companies, farmers, workers and consumers on domestic as well as global fronts.

Will his actions collectively form a ne plus ultra or will it lead the American as well as the global economy to a cul de sac? Public mandate will reflect upon these developments as mid-term elections in many US states are due in November this year.