Trump's Trade Wars Are a Trap, Not a Solution

If Trump was really worried about China, it would make sense for him to help alternate and trusted partners like India to come up with global supply and value chains. 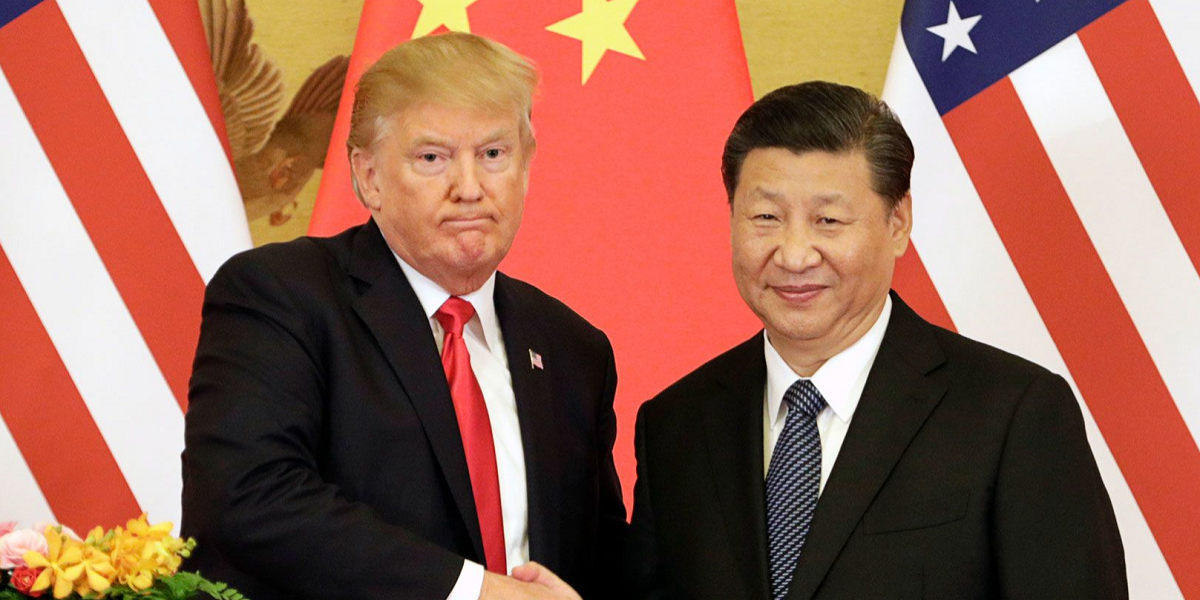 Over the last year, trade war between the US and China have been proven to be damaging American businesses, workers, farmers and consumers. It also has adversely impacted the global economy.

Like other countries, India too has also been affected, with New Delhi’s exports registering a drop.

Not only that, but India has also been dragged into the broader scuffle, albeit minor, with the Trump administration ending preferential tariffs for India under the Generalised System of Preferences and New Delhi in turn imposing tariffs on 28 US products.

However, Mike Pompeo, the US Secretary of State, during his visit to India in June 2019, asserted the need to continue the high level engagement on matters of mutual interests, despite growing differences.

At a recent event in New Delhi, minister of state for commerce Hardeep Singh Puri noted that India cannot become a $5 trillion economy by 2024 without substantial engagement with the U.S.

China too realises that it cannot continue to grow unless it trades with the US and hence is willing to come to terms. As a result of the meeting between President Donald Trump and President Xi Jinping on the sidelines of G20 Osaka Summit in June 2019, both countries agreed to revisit their trade differences.

Also read: At G20, India Again Puts Its Obsession With the ‘Bogey of Terrorism’ Centre Stage

The International Monetary Fund (IMF) had warned that if the negotiation route was not adopted during the meeting at G20, US-China tariff escalations since 2018 could impact the global gross domestic product by 0.5% in 2020. According to IMF chief Christine Lagarde, “this productivity loss would amount to US $455 billion, larger than the size of South Africa’s economy.’’

One of the underlying reasons responsible for them reflecting positivity is their global supply chain and value chain linkages, including connections with small and medium enterprises.

As the first step, Trump postponed the imposition of additional tariffs of up to 25% on about $300 billion worth Chinese goods. He also softened his stance on Huawei by easing restrictions on the US components supplied to them.

These steps were needed to provide relief amid the deteriorating standoff as well as to stem yet murkier global economic projections.

China wants to make a deal so badly. Thousands of companies are leaving because of the Tariffs, they must stem the flow. At the same time China may be hoping for a Democrat to win so they could continue the great ripoff of America, & the theft of hundreds of Billions of $’s!

Trump’s softened stance was exogenous to insurmountable economic and political pressure. Many world leaders, including those from the G20 countries, had urged US and China to resolve their trade differences amicably. Even US businesses and civil society had mounted pressure on the US government before the Trump-Xi meet on the G20 sidelines.

Around 600 US companies including Walmart, Target, Macy’s and Gap, had, in fact, written to Trump, urging him to get back to the negotiating table with China. Their letter emphasised that “escalated trade war is not in the best interest of the country, and both the US and China will lose.”

As a result, Trump went to the negotiating table, even though there are signs of the trade truce already weakening.

Nevertheless, how soon will that help America regain what it could achieve during its glorious past, particularly in the post-Reagan era?

In his 2016 presidential campaign, Trump popularised the slogan “Make America Great Again’’ by promising to ensure localisation of manufacturing and enhancing market access opportunities for American firms and its farm products elsewhere, among others.

Ostensibly, many of Trump’s counterparts elsewhere including Narendra Modi, are pursuing similar objectives. But there is a stark contrast between what Trump and Modi do.

Modi is pursuing localisation through internationalisation, and knows that integration with global production and supply networks will help India transform economically. Trump, on the other hand, is obsessed with localisation through the alienation approach, making American firms and farms lose their comparative and competitive advantages while consumers lose their savings. It has even forced American companies to redirect their supplies from and/or relocate to a third country.

Also read: On Huawei, Will India Buckle to US Pressure Once Again?

For example, Trump has been pushing for lower tariffs on Harley Davidson motorcycles with India and others. But in the trade war scenario, Harley Davidson has suffered lower market access and has then decided to shift its production facility to Europe. This made Trump very mad.

Remarkably, much before Trump, his fellow Republican, the 40th US President Ronald Reagan ran with the slogan: “Let’s Try to Make American Great Again” during his presidential campaign in the 1980s.

Reagan won, and so did Trump.

Reagan’s campaign was successful as he believed that deregulation, globalisation and liberalisation are important for promoting American interests. Economic freedom was, in fact, one of the crucial strategies of Reagan’s economic policy, widely acknowledged as “Reaganomics.”

Testimonies that applaud Reaganomics are in abundance. The below International Monetary Fund graph is one such indicator of the lasting impact of Reaganomics on the US economy. Reagan knew that helping American firms, farms and consumers build comparative and competitive advantage by integrating globally will not only make America great but keep it so for years to come. One can see its results in how influential America has been since the 1980s.

Like many other leaders, Modi is, more or less, following the same path for India now. 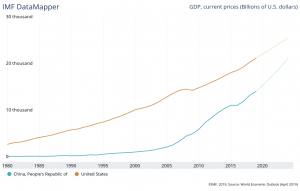 If President Trump is concerned by the narrowing GDP gaps between the US and China, then he should also realise that over the years, particularly after China’s accession to the World Trade Organisation in 2001, the US let China exploit its markets. Trump cannot just simply change this overnight by invoking protectionist measures. Targeting China and, for that matter, others in a complex globally integrating world, will only exacerbate losses.

Even if Trump is to do that, it would make better sense to help trusted partners like India to come up with global supply and value chains. But alas, the US has ratcheted up a tariff tiff with India too.

Given this scenario, unless trade resolutions through negotiations are intensified, Trump’s 2020 election’s slogan of “Keep(ing) America Great’’ might prove to be irrelevant. At the very least, it will  be a daunting task for him to keep up such narratives.

Pradeep S Mehta and Prashant Sharma work for CUTS International, a global public policy research and advocacy group with centres in Washington D.C., USA and India among other global capitals