The DG’s refusal to share the McKinsey report is not a sudden blip, if one looks at the tumultuous developments over the last year at the trade body. 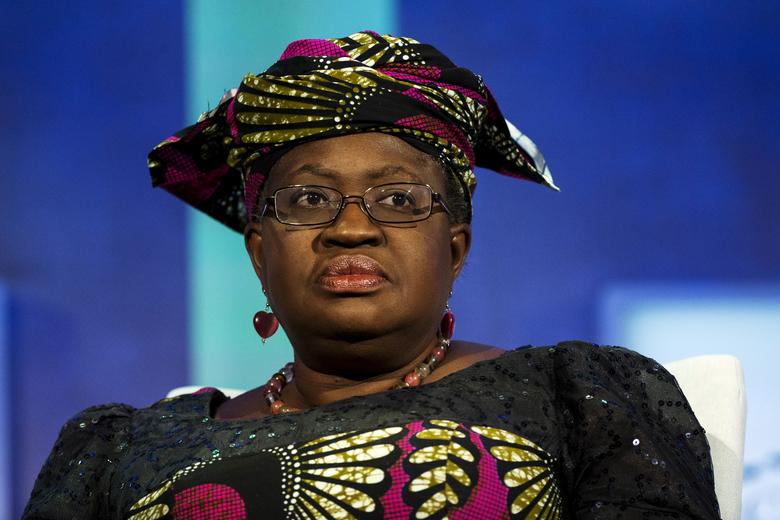 Autocratic governance seems to have become the new normal at the the World Trade Organization – a 164 member-driven, rules-based, intergovernmental and multilateral trade body.

It is difficult otherwise to explain how the head of the organisation can refuse to share the full report of a private management consultancy, McKinsey and Company, with its members. The restructuring of the organisation’s 600-member Secretariat based on this private consultancy’s report, in an atmosphere shrouded in secrecy and fear-psychosis, could irreparably damage the WTO once and for all.

Furthermore, the consultancy firm’s report to categorise the work done by divisions and directors who are manning those divisions into “good” and “bad” seems troubling. In many ways, it has reinforced the popular perception that the leadership’s top-down functioning lacks credibility.

Perhaps, in the chequered history of the WTO, the director-general Ngozi Okonjo-Iweala may be the first DG to take a decision to refuse to share such a report, which is funded by members through their annual contributions.

Over the past 11 months, the WTO seems to be mired in a systemic crisis because of the leadership’s refusal to accept that the trade body is a member-driven organisation. The rules set out in the Marrakesh Agreement that established the WTO in 1995 clearly laid out the role of the WTO’s DG and the Secretariat in Article VI.

Repeated pronouncement by the head of the organisation since taking over office in March, 2021 – in support of what are called the Joint Statement Initiatives concerning issues such as digital trade, investment facilitation, disciplines for micro, small and medium enterprises, provisions concerning domestic regulation in trade in services, and trade and gender – violated the core provisions of the Marrakesh Agreement. In fact, India and South Africa argued that the JSIs lacked legal status. 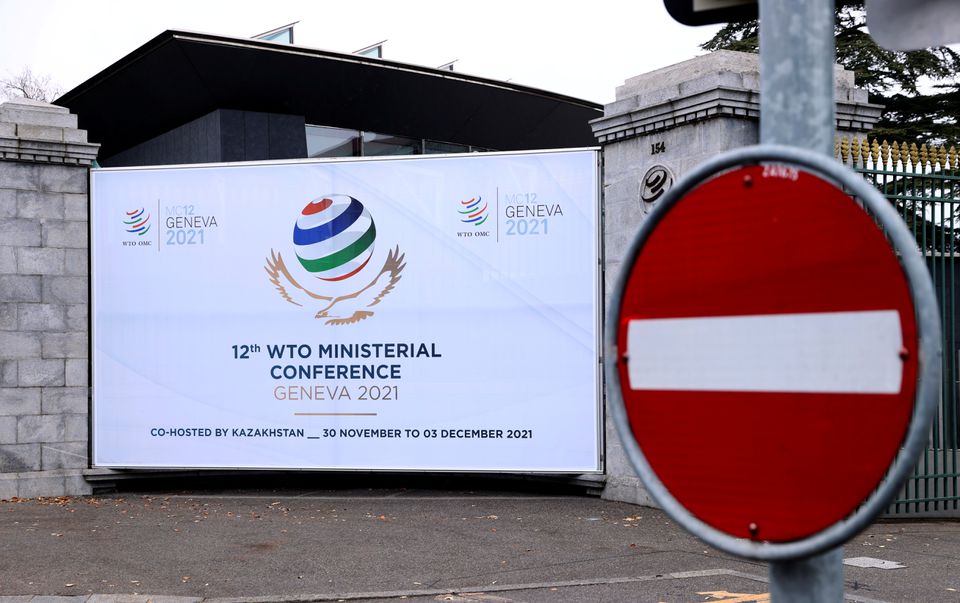 The DG’s embrace of these initiatives advanced by major industrialised countries, including China, and their developing countries’ allies, ostensibly reveal her core interests.

Further, controversial attempts to advance the “third way” approach to counter the temporary TRIPS (trade-related aspects of intellectual properties) waiver to suspend key IPR (intellectual property rules) to ramp-up the production of diagnostics, therapeutics, and vaccines across countries, climate-related issues, curtailing special and differential treatment and so on have created unprecedented systemic problems.

Also read | TRIPS Waiver: A BIT of a Challenge for India

Instead of creating trust among members that the DG can be an honest broker for resolving issues like the TRIPS waiver and mitigating the positions adopted on this major issue for tackling the COVID-19 pandemic, the leadership seems to have chosen the other way of creating distrust.

Aside from the systemic crisis, the leadership’s main contribution seems to be creating sustained organisational turbulence based allegedly on autocratic functioning and fear psychosis. Apparently, the turnover of staff in the DG’s office is simply incredible because of the difficulties associated with working there. A joke making rounds in the Secretariat is that she needs to fix her office before attempting to fix a well-functioning Secretariat, says a former WTO official on the condition of anonymity. “She will need to remove the log in her own eyes before seeing clearly to remove the speck in the Secretariat’s eyes,” the official says.

The leadership apparently told the Secretariat’s staff that it does not want to hear any more about the mantra that the WTO is a member-driven institution and that they should work on contentious issues in which there are no mandates from Members. Such remarks strike at the very heart of the WTO’s rule-based system. Unlike the World Bank or the International Monetary Fund, which are tasked to deal with financing programmes, the WTO is a rule-making body. And rules ought to be sacrosanct for the leadership as well as members.

As reported in The Wire, the shake-up of the Secretariat, based on the McKinsey report could pave the way for a new normal in the trade body based on autocratic governance and lawlessness at the WTO.

It is against this backdrop that the DG’s refusal to share McKinney’s full report on February 12 entails grave repercussions for the healthy functioning of the Secretariat.

At the meeting of the WTO’s Committee on Budget, Finance, and Administration last Friday, the DG said that she will not share the report as its full disclosure would demoralise the staff.

But by refusing to share the report, the DG appears to have reinforced doubts about the credibility of the McKinsey report as well as its ignorance of the institutional history of the trade body.

Also, the leadership’s belief that WTO is not delivering results partly thanks to the Secretariat is not exactly shared by either members or the previous heads of the organisation. “We want to understand the rationale for these changes and we are going to raise this issue in the upcoming budget committee meetings,” said a trade official, who asked not to be identified.

During the budget committee meeting, several countries including Germany, the Netherlands, China, and South Africa among others called for the disclosure of the full report after the DG’s explanation of some of the contents of the McKinsey report.

Also read: A McKinsey Report Paves the Way for an Internal Shake-Up at the World Trade Organisation

At the one-hour meeting of the WTO’s Committee on Budget, Finance and Administration on February 12, the DG explained the import of the “Transformation Process/Structural Review Implementation” through several slides.

As reported the Geneva-based South-North Development Monitor on February 15, the DG took almost 40 minutes to explain each slide of the McKinsey recommendations.

The slides include several “recaps” such as:

The DG gave an account of what she is going to do with the McKinsey report. She said she kept the members briefed at every stage of the review process. But, a trade official who is member of the Budget committee told The Wire that they were not adequately informed until now.

The DG touted her so-called “transparency” credentials, suggesting that she listed the outcomes that are expected in two phases of implementation.

The leadership said the first part of the implementation will be completed in April or May, indicating that they would soon see tangible outcomes.

After the presentation of the slides, the DG said many members asked for the full McKinsey report. She insisted that her presentation is the full report. 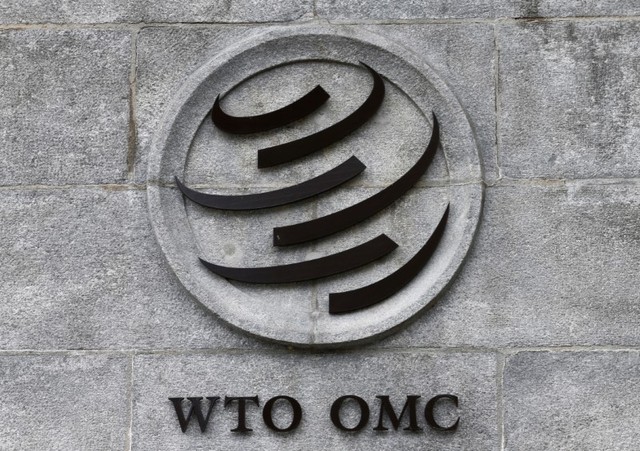 The report, she maintained,  goes into the working of the divisions, the managers and the other good and bad aspects of the managers. If she puts out those parts of the report, then it would be demoralising to the staff since the McKinsey report is candid about the functioning of each division and manager, she is understood to have claimed.

She also claimed that the whole purpose of the reform project is to improve the systems and morale of the staff, a claim that is not shared by either members or the staff.

In the 10 or 12 minutes assigned for members to intervene, Germany, the Netherlands, South Africa, and China demanded the full disclosure of the McKinsey report regardless of the apprehensions raised by the DG.

These members seemed unconvinced with the DG’s arguments and the allegedly intransigent position that she has adopted in not sharing the full report.

Apparently, some of these countries are going to keep the issue open because some important issues are seemingly being concealed due to the likely devastating impact on the morale of the whole Secretariat stemming from the allegedly “autocratic” functioning of the leadership, said one person, who also asked not to be quoted.

Also read: Ngozi Okonjo-Iweala, Poised to Be WTO’s First Female Leader, Has Her Work Cut Out

These countries seem to fear that the report, without any institutional knowledge, could cause more dissension and fragmentation of the Secretariat at a time when the negotiations are stuck at an impasse in all areas.

Even if she feels that the McKinsey report should remain confidential in a member-driven organisation, the DG could at least share the full report confidentially with key members for the sake of transparency, said people familiar with the discussions. Singapore appeared to be lone country that came to the rescue of the DG at the meeting, saying that members should not micro-manage the DG’s implementation process.

At one point, the DG said that members have little to do with her reform of the Secretariat, as the McKinsey report is not commenting on the structure of the WTO.

For the sake of transparency, the WTO should have shared the DG’s comments at the meeting on its website.

The DG’s refusal to share the McKinsey report is not a sudden blip in the one year of tumultuous developments at the trade body. If anything, they are part of the long chain of actions that highlight the growing autocratic functioning at the global trade body.

The leadership has a golden opportunity to energise the WTO. But what it managed to do is squander every opportunity in less than a year and it could surely lose the Secretariat if it has not already done so. The members appear to be in disquiet but are careful while expressing their misgivings because of who the leader is. This can only last so long.