India is the world's biggest sugar producer and the second biggest exporter behind Brazil. 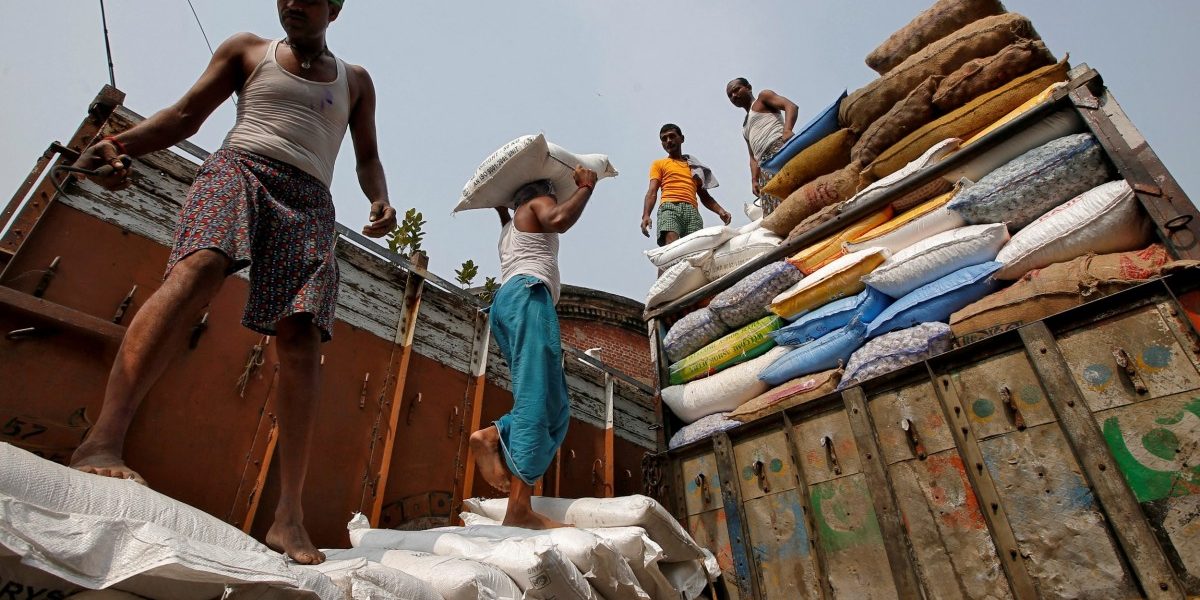 A labourer carries a sack filled with sugar to load it onto a supply truck at a wholesale market in Kolkata, India, November 14, 2018. Photo: Reuters/Rupak De Chowdhuri

Mumbai: India has imposed restrictions on sugar exports for the first time in six years by capping this season’s exports at 10 million tonnes, a government order said, to prevent a surge in domestic prices after mills sold a record volume on the world market.

The government has also asked exporters to seek its permission for any overseas shipments between June 1 and October 31, the order said.

India is the world’s biggest sugar producer and the second biggest exporter behind Brazil.

Reuters in March reported that India was planning to curb sugar exports to keep a lid on local prices and ensure steady supplies in the domestic market.

“The government is worried about food inflation, and that’s why it is trying to ensure that enough sugar remains in the country to cater to the festival season,” said a Mumbai-based dealer with a global trading firm.

Exporters also said the decision to allow mills to export 10 million tonnes would help India sell a reasonably big quantity of sugar on the world market.

Initially, India planned to cap sugar exports at 8 million tonnes, but the government later decided to allow mills to sell some more sugar on the world market as production estimates were revised upwards.

The Indian Sugar Mills Association, a producers’ body, revised its output forecast to 35.5 million tonnes, up from its previous estimate of 31 million tonnes.