Negotiators for the 16-nation Regional Comprehensive Economic Partnership are in the Thai capital Bangkok this week for talks aimed at finalising the giant free trade zone by the end of the year. 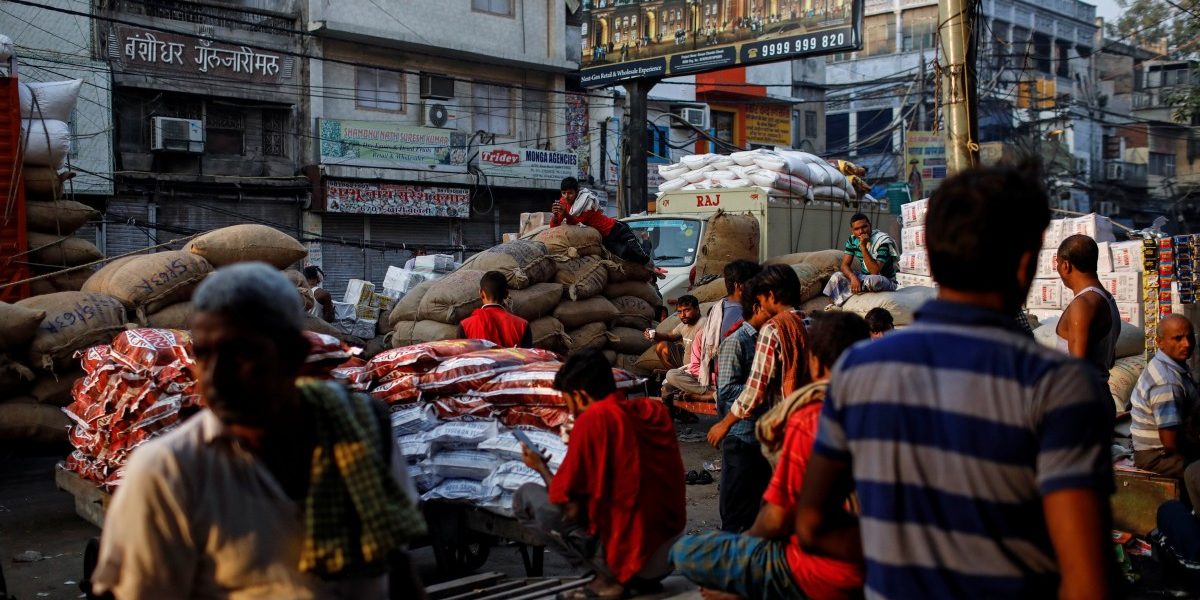 Migrant labourers sit on handcarts as they rest at a wholesale market in the old quarters of Delhi, India, October 10, 2019. Photo: Reuters/Danish Siddiqui/File Photo

New Delhi India is pressing ahead with talks to join a China–led free trade pact, officials said on Thursday, despite the fears of some domestic producers that the country would be flooded with cheaper Chinese imports.

Negotiators for the 16-nation Regional Comprehensive Economic Partnership (RCEP) are in the Thai capital Bangkok this week for talks aimed at finalising the giant free trade zone by the end of the year.

Trade Minister Piyush Goyal will join Indian delegates on the weekend for direct talks with his counterparts from China, Japan, Australia, New Zealand and Singapore.

Indian producers fear cutting tariffs on dairy and other produce would open the door to cheap Chinese imports and threaten an agriculture sector that supports most of India‘s 1.3 billion people.

The nationalist Rashtriya Swayamsevak Sangh (RSS) called on Friday for a nationwide campaign against the deal, saying any change in tariffs would cripple factories and farms at a time of slowing economic growth.

Proponents of the deal say it’s better for Indian agriculture to be in the trade zone than out.

India has reached an agreement in principle with other countries to include a safeguard mechanism that would trigger duties if goods are dumped from a partner country, a source with knowledge of the negotiations said.

The trade ministry will issue a statement later on Thursday, a spokeswoman said.

Government officials say the treaty would enable Indian industry to join global supply chains for high-end goods such as electronics and engineering. Greater access to overseas markets would help offset an economic slowdown at home, they say.