The fresh sanctions mean that if oil buyers pay PDVSA through the US banking system, the funds could be seized by US authorities. 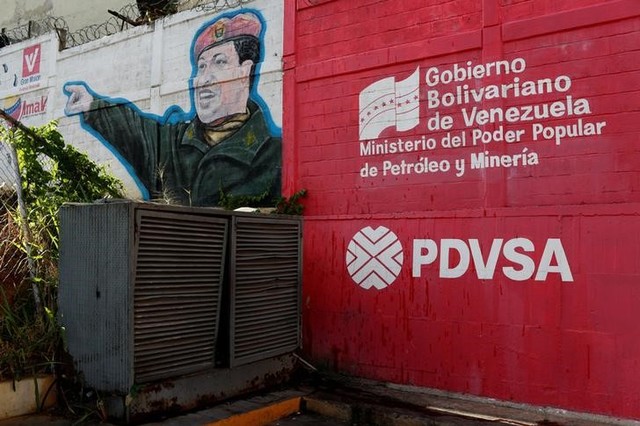 The United States is seeking to cut off Venezuela’s oil revenue and pressure the nation’s President Nicolas Maduro to step down after it recognised opposition leader Juan Guaido as head of state.

The sanctions mean that if oil buyers pay PDVSA through the US banking system, the funds could be seized by US authorities. There may also be problems for transactions by banks that have a heavy US presence even if they aren’t in US dollars and don’t go through the United States.

The Indian buyer “expressed concern that there could be a problem in payments to PDVSA, so we have advised them to move away from the US banking and institutional mechanism”, said the source, who did not wish to be identified due to the sensitivity of the matter. He declined to name the buyer.

Also read: As US Sanctions Continue to Bite, Venezuela Moves to Double Oil Exports to India

Most Western countries have recognised Guaido as Venezuela’s interim head of state, but Maduro retains the backing of Russia and China as well as control of state institutions including the military.

The sanctions limit US refiners to paying for Venezuelan oil by using escrow accounts that cannot be accessed by Maduro’s government.

India still recognises Maduro as Venezuela’s leader, which means “it does not make sense to shift to the other (escrow) payment avenue”, the source said.

India’s Foreign Ministry on Thursday said the country was monitoring the evolving situation in Venezuela.

“We are of the view that it is for the people of Venezuela to find a political solution, to resolve the political differences through constructive dialogue and discussion without resorting to violence,” ministry spokesman Raveesh Kumar said.

Purchases of oil are based on “commercial” factors, he said.

India, Venezuela’s second-biggest oil market after the United States, has already restricted oil imports from Iran to win a waiver from US sanctions against Tehran over its nuclear and missiles programmes.

The US sanctions have forced Venezuela to turn its focus increasingly to Asia to sell its oil.

Trafigura itself has decided to stop trading oil with Venezuela due to sanctions.

India’s Oil Ministry, Reliance and Nayara did not respond to Reuters emails seeking comment for this story.

Venezuelan Oil Minister Manuel Quevedo this week travelled to India in an attempt to convince refiners to boost their purchases. The OPEC member aims to double oil sales to India from the current 300,000 barrels per day, he said.

Quevedo told reporters he would like to see the creation of a non-dollar trading bloc involving China, India and Russia.

After Quevedo’s visit, White House National Security Advisor John Bolton tweeted: “Nations and firms that support Maduro’s theft of Venezuelan resources will not be forgotten. The United States will continue to use all of its powers to preserve the Venezuelan people’s assets and we encourage all nations to work together to do the same”.

In a note to clients on Tuesday, banking group Barclays said it would be difficult for Venezuela to find new markets in Asia given the stringent nature of the sanctions.

“Considering all the difficulties that Venezuela faces in delivering oil to other markets and the legal, reputational and financial risks confronting traders or counterparties that do business with it under the current conditions,” the bank wrote, “It seems unlikely that all production can, in short order, go to other markets.”