How the Rudraksha Seed Captures Nepal's Trade Imbalance With China

The experiences of rudraksha seed traders demonstrate how lack of Nepali government support and Chinese market power skew trade between the countries. 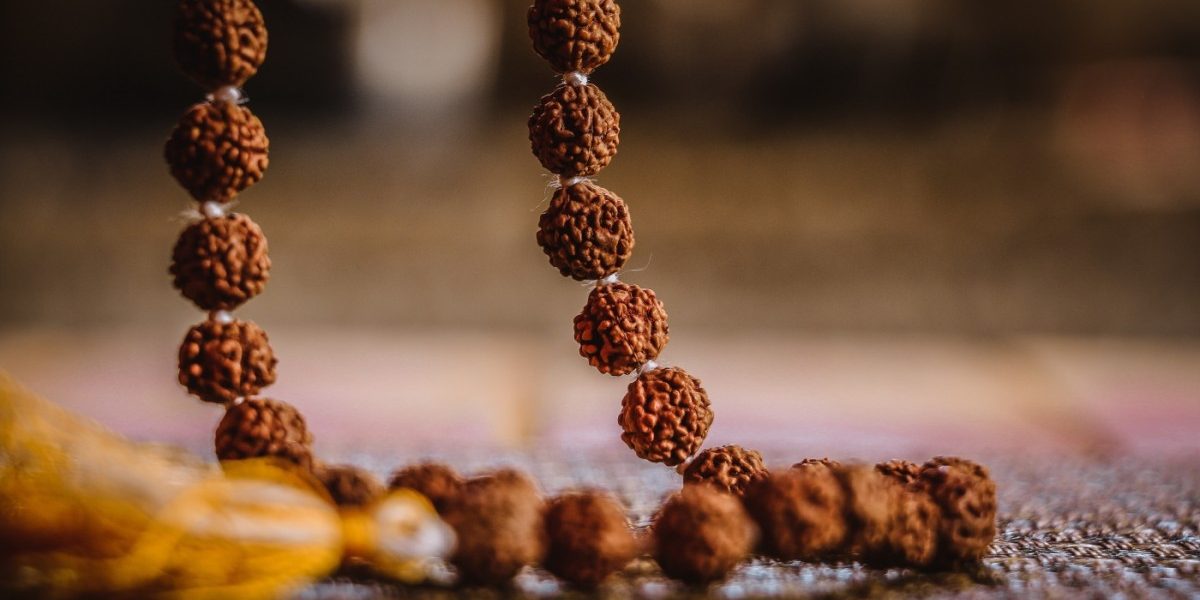 Rudraksha seeds are considered sacred in Hinduism and Buddhism, which has led to a booming export market from Nepal to China as trade has expanded between the two countries. Photo: Sameep Adhikari/Unsplash

Hindus believe the rudraksha, the dried seeds of the Elaeocarpus ganitrus tree that grows in the foothills of the Himalayas, are made from the tears of Lord Shiva and hold them sacred. While there is no such story in Buddhism, the depiction of the Buddha, like many sacred figures in the region, wearing rudraksha beads has made them special to Buddhists as well. Nepali traders used to largely sell the seeds to Hindus in India, but this has changed in recent years.

Since 2014, Nepali farmers and traders have capitalised on Chinese demand for rudraksha and bodhichitta seeds, which Buddhists use as prayer beads. The market for both products is a microcosm of the overall trade dynamics between the two countries, in which Nepal exports raw materials and has little leverage over trade mechanisms.

Deepening bilateral ties in the past decade meant Chinese buyers could purchase the seeds directly from farmers and middlemen like Tamang. But Tamang’s financial success in 2020 was not to last: Chinese travel restrictions to stop the spread of Covid-19 resulted in a sharp drop in demand and prices, leading to Nepali farmers and traders suffering massive losses. Nepal’s lack of policy focused on such trade has meant there is not much sellers can do but wait for the Chinese buyers to return.

The overall trade balance between the two countries skews heavily in favour of China. Nepal imported 211 billion NPR, or NPR (Rs 13,183 crore), from China between mid-July 2021 and mid-April 2022, according to Nepal’s Department of Customs. In contrast, Nepal’s exports to China were NPR 622 million (Rs 38.77 crore) in this period.

Nepal’s main exports to China are carpets, medicinal plants, hand-drawn paintings and sculptures. Rudraksha seeds were the 10th most valuable export category in the 2020-21 fiscal year, with the country exporting 280,874 kg.

Much of the recent discourse on Nepal’s trade with China has revolved around Chinese exports and investments in the country. Scant attention has been paid to the possibility of expanding Nepal’s exports, either through value addition or through policy reforms.

As a result Nepal exports materials such as rudraksha seeds and yarsagumba (a caterpillar-fungus fusion with medicinal properties) in their raw form. In an April 2021 report, the World Bank stated that Nepal’s “untapped export potential” is 12 times its current value, and that the country missed out on exports to China worth over Rs 17,058 crore between 2010 and 2017.

“Nepali farmers started selling rudraksha seeds to the Chinese around 2013-2014,” says Tamang. Chinese demand changed the fates of rudraksha farmers in Sankhuwasabha and Bhojpur districts in eastern Nepal, where the seeds are sourced, and of middlemen like Tamang who can speak Mandarin.

Tamang says: “The Chinese paid high prices for rudraksha seeds – even up to NPR 1-1.5 million (Rs 6.2-9.3 lakh) per kilogram at times. Seeing the profits, I jumped into the business about three years ago as I was already a Chinese language guide.”

While India is a major market for the seeds, Chinese buyers dominate and set the prices because of they offer higher rates for more common varieties.

The rudraksha market is primarily an informal cash business, and thus actual export figures may be far higher than those captured by government reporting. The variation in pricing for rare rudraksha seeds compared with average ones, which only sell for about NPR 100 (Rs 62) per kg, adds to the complexity.

The trade in bodhichitta and rudraksha seeds is not currently governed by any formal policies except for the payment of forest levies and municipal taxes. Sellers believe Nepal needs to create policies to control prices and formalise the trade so that it does not lose out on revenue.

But official neglect of the sector, which might have allowed sellers to pocket untaxed income, has other consequences.

The Covid-19 pandemic resulted in a collapse of the rudraksha trade, showing how without effective policymaking and institutional support an export commodity market can falter.

Because Chinese buyers dominate the market, they can determine the price of rudraksha seeds, meaning sellers like Tamang have to sell at the prices they offer. In economic terms this is described as an effective monopsony – when one key buyer is so dominant that they can set the terms of trade.

This situation intensified when Covid-19 restrictions made it difficult for Chinese nationals to travel to Nepal. Borders were closed, and all flights from China were cancelled. Only a few buyers managed to sneak in via Doha and Dubai, and offered far lower prices than in previous years. Nepali farmers had no choice but to sell the seeds at low prices because they had no buyers who could replace the Chinese.

“We have to sell at the prices the Chinese offer,” says Tamang. “No one except them made profits in 2021.”

Also read: India Has Few Friends Among Nepal’s Rulers and Even Fewer Among the Youth – But That Can Change

China has given duty-free access to over 8,000 products from Nepal, but former commerce secretary Purushottam Ojha has stated that the strict criteria for rules of origin make it difficult for Nepali products to qualify under the scheme. Other barriers include the difficulty of food-certification and labelling in Mandarin. Connectivity issues due to the high cost of transporting exports to China over land are another reason behind Nepal’s lagging exports cited by Ojha. Sea freight is no better: costs have increased almost five-fold per container since the pandemic started.

Nepal’s trade with China has also lagged because trade agreements are not implemented in practice, including the much-vaunted 2016 agreement that broke India’s monopoly to supply petroleum products to Nepal. Similar concerns have already been raised about an agreement signed in March on the export of Nepali haylage (silage made from partially dried grass), signed during Chinese foreign minister Wang Yi’s visit. With China, “implementation on both sides is also an issue,” says Krishna Acharya, business editor at Kantipur newspaper, “as is the political will to ease trade on both sides”.

What stands out from the example of the rudraksha trade is Nepal’s inability to move up the export value chain ladder with such agricultural and forest-based products, and to manage system shocks such as the pandemic restrictions.

“Quality control infrastructure is crucial to increase Nepal’s exports of value added, particularly in agriculture,” according to the April 2021 World Bank report. “Investments are needed in infrastructure, equipment, and human resources to certify that its goods achieve the various sanitary and phytosanitary standards (SPS) requirements of key regional and global export markets.”

The future of China-Nepal trade

While much focus is on the formal part of China’s Belt and Road Initiative, burgeoning informal trade is a natural outcome of China’s expanding contact with its neighbours. As Michael Yahuda and other scholars have noted, Chinese foreign relations are both driven by, and drive, trade. The management, or mismanagement, of trade plays an overwhelming part in how countries like Nepal view relations with China.

And yet the limitations of regulatory mechanisms in Nepal are specific to the country itself. The lack of regulation in rudraksha seeds predates the boom in prices due to Chinese demand.

A 2016 study on value chain analysis of forest products noted the “lack of government involvement” beyond royalty collection in the rudraksha seed market. It recommended the government bring in laws to certify the quality of the seeds while interacting with farmers and traders to “develop a pragmatic policy” for the trade. Six years later, the situation according to traders remains unchanged.

This article was first published by The Third Pole and has been republished here under a Creative Commons license.