For Trade Talks, Suresh Prabhu Must Go to the US With Sleeves Rolled Up

The Indian trade minister and his counterpart – Robert Lighthizer, the USTR – should establish a new subject-based mechanism to achieve convergence on contentious issues. 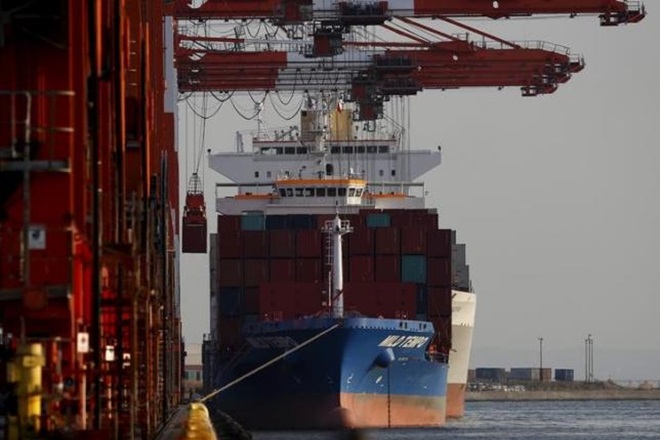 India and the US are at a crucial juncture in the ongoing global economic and strategic transitions, especially at a time when economic power has shifted from the West to the East where China has emerged as an indisputable economic and significant military power. Credit: Reuters

India’s trade minister, Suresh Prabhu, will next week be visiting the United States to discuss inter alia bilateral trade issues, as his last meeting on the joint Trade Policy Forum (TPF) did not result in a sound outcome.

Given that the US is our largest export destination, and a strategic partner, one hopes, that there would be emphasis on making incremental progress on specific subjects of contention so that areas of friction reduce.

One of the key objects of Prabhu’s visit should be to resolve the imbroglio over the continuation of the Generalised System Preferences (GSP). Under this scheme, many of our exporters enjoy lesser tariffs on specific exports to the US. The US is likely to reduce the number of products of dairy, chemical, engineering and medical devices covered under this programme unless India gives reciprocal market access and curb barriers to products of their interest.

Surely, Prabhu will underline the importance of GSP for our bilateral trade ties in view of the jobs that such exports generate in India and also for strategic reasons – the most important being China’s ambition for an early conclusion of the Regional Comprehensive Economic Partnership  for Asia and the Pacific.

India is a party to this draft agreement, but the US is not. This is an imperative for them as both are keen to play a joint strategic role in the Indo-Pacific region along with Japan and Australia.

Strategic Interests in the Indo-Pacific

India and the US are at a crucial juncture in the ongoing global economic and strategic transitions. This is because of three important reasons. First, the centre of global economic power has shifted from the West to the East where China has emerged as an indisputable economic and significant military power.Non-tariff

Second, the importance of western-dominated multilateral institutions, which predominantly played an important role in shaping global economic and political governance since the Second World War, continues to shrink. Third, the role of the US dollar as the reserve currency of the world is being challenged and sooner than later we may see the emergence of Chinese yuan as an alternative reserve currency.

The US recognises that India has the ‘capability and potential’ to play a bigger role in the Indo-Pacific region as it is inherently placed at the heart of a large economic and strategic space. India’s economic and strategic importance to this broader region is manifold. India is on the verge of becoming the world’s most populous country; it has a stable democracy with the world’s sixth-largest economy, third-largest military by personnel strength, and fifth-largest defence budget; and it is a staunch supporter of rule of law and a liberal global order.

Therefore, a rising India is very much in the interest of the US and its increasing role in global trade and financial system will contribute to global prosperity as it becomes the third largest economy of the world by 2050. Most importantly, its expanding economic and strategic role in Asia will provide a balance in the Indo-Pacific region.

On the other side, India recognises that the US can play an important role in the fundamental transformation of its economy to emerge as a regional power in the Indo-Pacific region with a prosperous and more equitable society. The US is a valuable partner and holds an intrinsic value for India’s own domestic development. It is an important source for its goods, services, capital and technologies, a host of skilled workforce and it can provide strategic support to India’s global ambitions.

While deploying more political capital for strengthening their strategic ties in the Indo-Pacific region, they will have more traction if such capital is also invested on resolving bilateral trade issues. On the strategic front, there is strong convergence of interests, which reflects in a number of areas such as defence, technology and infrastructure, maritime connectivity, digital connectivity, cyber security, Malabar naval exercise and the Quadrilateral Security Dialogue including Australia and Japan. The fact of the matter is that there is a consensus both in US and Indian policy circles on the strategic importance of the Indo-Pacific region.

However, there are problems in the economic and trade area, as there is inadequate progress in addressing bilateral trade issues. India and the US are often at loggerheads on various bilateral trade and investment-related matters. This can be noted from a series of developments of the recent past. 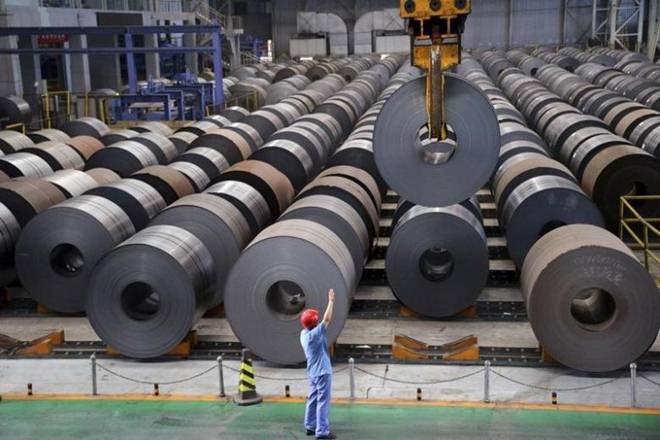 India has filed a complaint against the US in the WTO for its increase in import duties on steel and aluminium and domestic content requirements for the renewable energy sector. Credit: Reuters

The US has invoked Section 232 (b) of the US Trade Expansion Act of 1962 to impose 25% import duties on Indian steel and aluminium. However, this action is not limited to India but to many other countries such as China, Canada and European Union. The US has also challenged India in the World Trade Organisation (WTO) for its export subsidies which are now beyond the permissible limits.

Similarly, India has filed a complaint against the US in the WTO for its increase in import duties on steel and aluminium and domestic content requirements for the renewable energy sector in selected states. Furthermore, there is long list of issues on which both countries have divergent views. Some of these are related to intellectual property rights, sanitary and phyto-sanitary standards and other technical barriers to trade, agriculture subsidies, electronic commerce, fisheries subsidies.

In other words, both countries have a number of bilateral trade issues to resolve. A recent report of the United States Trade Representative (USTR) has flagged issues related to tariffs and non-tariff barriers imposed by India. It has categorically pointed out that India is taking undue advantage of the difference between MFN (most favoured nation) applied rate and bound rate. The gap allows India to use its trade policy in a protectionist manner.

In 2017, India imposed 50% import duty—the bound rate –on dried pea from an applied rate of 0%. Likewise, import duties on chick pea and lentils were increased. The USTR report also raises concerns over Technical Barriers to Trade (TBT) and Sanitary and Phyto-Sanitary (SPS) measures imposed by India. For instance, India used a new TBT measure for the import of toy products which states that all toys imported into India should be tested at a nationally accredited conformity assessment facility. This change in regulation may create problems for US exporters as such accredited laboratories are located in India and the assessment is expensive and time-consuming.

India, too, faces non-tariff barriers in the US market, which arise from different laws and regulations relating to national security, Buy America norms, child labour regulations, and high registration fee and conformity assessment procedures to adhere to the US standards while exporting pharmaceutical, food, animal and plant products. In the recent past, the US imposed anti-dumping duty on India’s shrimp exports and also included shrimp under the Seafood Import Monitoring Program (SIMP). It is a measure used by it to ensure the safety of imported seafood products. Given the complexities involved in complying with the provisions of SIMP, it is expected to turn into a barrier to restrict imports of seafood products into the US.

It is now evident that the existing mechanism with a product-specific approach under the annual Trade Policy Forum (TPF) to resolve bilateral trade issues is not working.

Prabhu and his counterpart – Robert Lighthizer, the USTR – should establish a new subject-based mechanism to achieve convergence on contentious issues through a granular approach.

Such a mechanism should focus on reasons for divergence on specific subjects related to our bilateral trade than dealing with larger set of issues at one point of time.

This can happen if the TPF is strengthened by regular structured dialogues in task forces/working groups on specific, contentious subjects. The objective of these dialogues should be about finding out convergence on ideas and approaches on resolving the differences and moving forward.

The authors work for CUTS International, a public policy research and advocacy group.