High-quality hair, like the one taken directly from the heads of Indian women, makes most of the money earned with human hair exports in India. Wigs on display in a store. Photo: Kathy Drasky/Flickr CC BY 2.0

More human hair has been exported from India in the fiscal year of 2020. According to the Department of Commerce, the volume of high-quality human hair exports as well as their value increased during the pandemic.

According to the Indian fashion website ‘The Voice of Fashion’, the disruptions of the coronavirus lockdown led to hair shortages initially, which in turn led to price hikes. This helps explain why the value of human hair exported from India rose by 45% in FY2020 compared with FY2019, while the volume exported only rose by 39%. At the same time, Indian customs have been cracking down on hair smuggling, which could explain the extra volume added last fiscal year. Since both hair donations to temples and individual sales of hair are common in India, the pandemic impact on peoples’ livelihoods could be another factor for rising volumes throughout the whole fiscal year.

The most famous source of human hair in India is the Venkateswara Temple in Andhra Pradesh. There, pilgrims donate their hair, which is shaved off and then auctioned to the highest bidder. High-quality hair, like the one taken directly from the heads of Indian women, makes most of the money earned with human hair exports in India. Scraps of hair, while also high in volume, have a much lower export value.

The most priced of Indian high-quality hair is the so-called Remy hair. Taken directly off the head, the strands and cuticles are kept intact, allowing for the most natural look when made into wigs or weaves. As opposed to the other major hair producer, China, hair of Indian origin is thinner, again making it more sought after globally. China also imports a lot of Indian hair to mix it with hair of Chinese origin in the manufacturing of its human hair products. Indian vendors typically only slightly process even its more valuable hair products, leaving the generation of added value to others. The biggest market for human hair products is the United States, where the products are popular among African-Americans, Orthodox Jews and fashionistas. 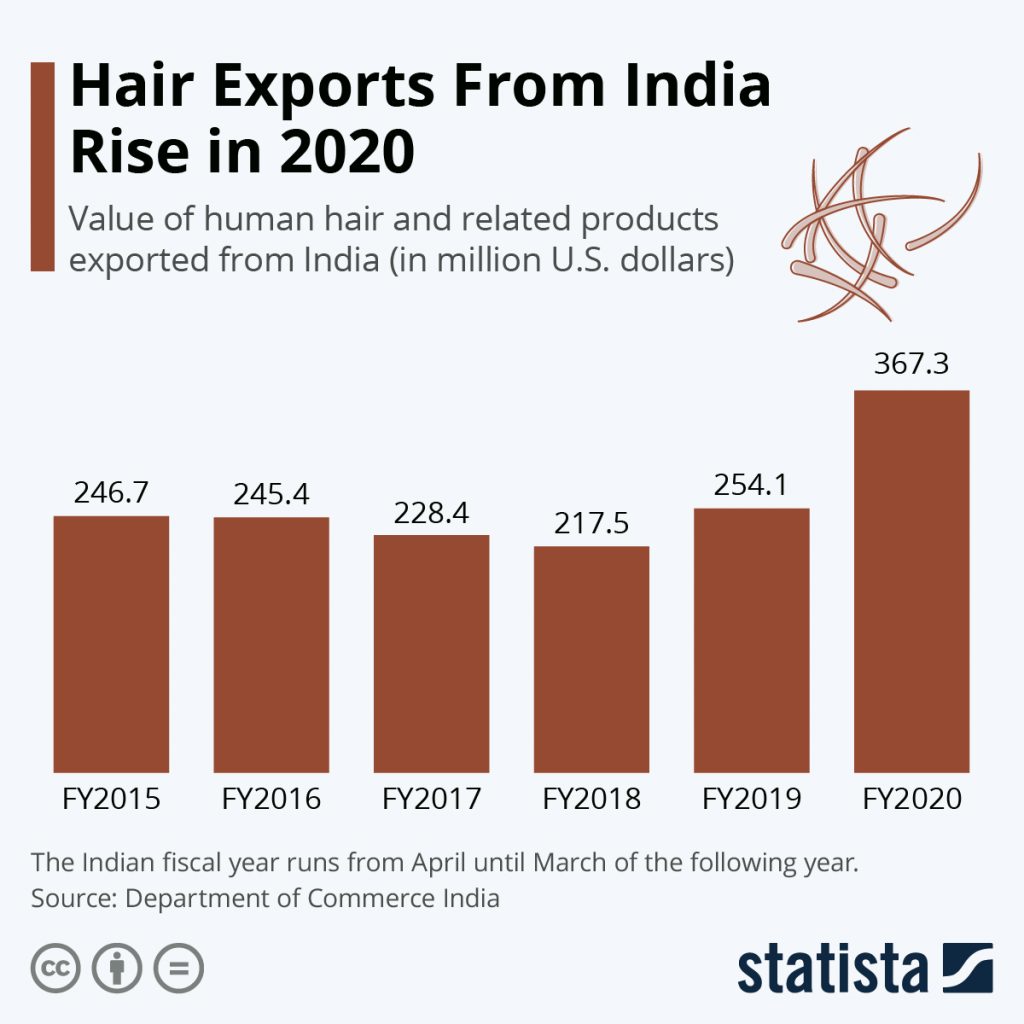