World AIDS Day: Why Is It so Difficult to Fight HIV?

We haven't been able to replicate our impressive progress with disease control and management with developing a cure. 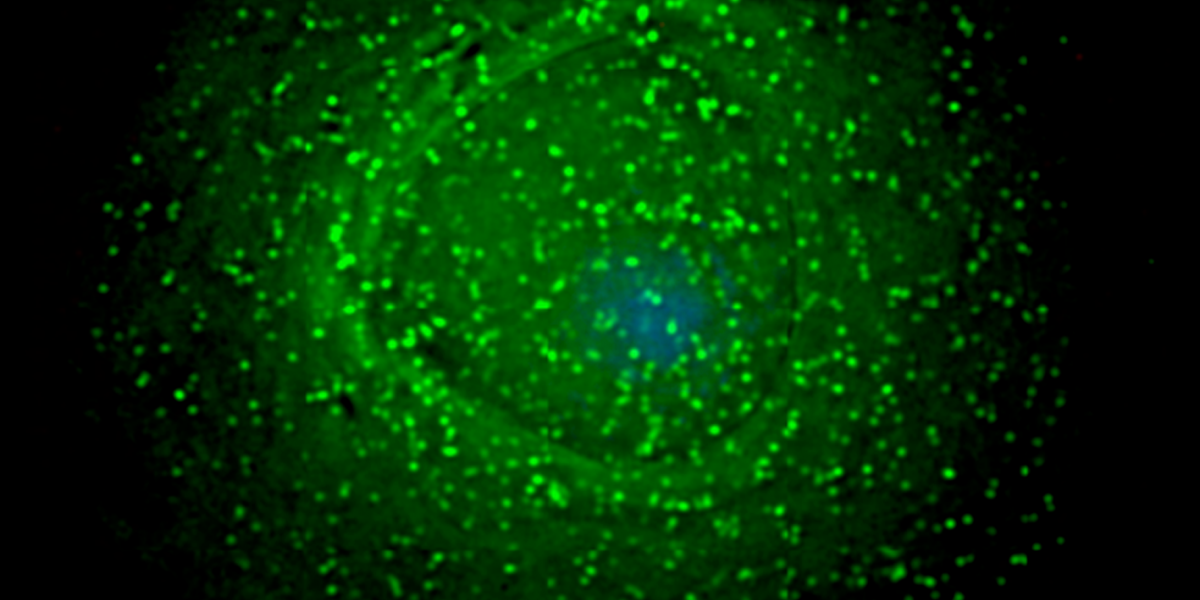 HIV particles assembling on the surface of an infected macrophage, as seen through a fluorescent microscope. DOI: 10.1371/journal.pbio.0040445, CC BY 4.0

On June 5, 1981, a small report appeared in an obscure American journal describing how five apparently healthy men had contracted Pneumocystis pneumonia. The authors didn’t know that their work marked the beginning of humanity’s most arduous and expensive scientific battle – a battle that still rages after taking 32 million lives and costing the world over half a trillion dollars (~Rs 36 lakh crore).

The report was the first record of patients suffering from acquired immunodeficiency syndrome (AIDS).

Today, December 1, is World AIDS day. Even after nearly four decades of extensive research, scientists don’t have a cure for AIDS. There are medicines available to mitigate its effects but they only keep the disease at bay. They don’t eradicate the human immunodeficiency virus (HIV) that causes it.

In fact, HIV is one of the most-studied pathogens in human history. But although we understand a great deal of its origins, molecular biology and pathogenesis, we continue to stand at the cusp of a cure, and don’t have a cure itself.

There are many reasons this barrier is so hard to surmount. The following list provides a summary:

Mixing of genetic material – The principal reason is the nature of HIV itself. HIV belongs to a class of viruses called retroviruses: they mix their viral DNA with the host’s own DNA. All of the other challenges could’ve been overcome by now if it weren’t for this complication.

Viral latency – After mixing its DNA with the host’s DNA, the virus doesn’t always proceed to make new viral particles. In many cases, it chooses to remain silent, or hidden, in the host cell, rendering it impossible for the body’s immune system or antiretroviral medications to differentiate between infected and uninfected cells. Medicines can prevent an active viruses from multiplying and the patient can lead a normal life. But if the patient stops taking the drugs, hidden viruses begins to replicate once more.

Sequence diversity – Contrary to popular belief, the virus’s polymorphic nature, while important, is not the primary reason we struggle to fight the HIV pandemic; it ranks third. The virus’s high rate of evolution enables it to evade the immune system much faster than any other known pathogen. For example, the second most diverse virus in terms of sequence diversity, the influenza virus, has fewer viral strains circulating around the world compared to the number of strains doctors have found in individual human hosts – and influenza requires a vaccine every year.

Lack of immune correlates of protection – One strategy that scientists have used to overcome a disease is to study the immune system of people who have naturally cleared the infection. Researchers look for the part of the system that the bodies of these people used and try to induce the same responses in all patients. But nobody fits this description for HIV. There have been only two instances of people who have been ‘cured’ of the virus (called the Berlin and London patients), that too with a set of bone marrow transplants they underwent to cure another condition they had (leukaemia). Bone marrow transplants for HIV are not a viable solution due to ethical reasons arising from the high failure rate.

Also read: The Anti-HIV Treatments That Could Be Actually Revolutionary

Inability to use attenuated viruses – Another strategy that scientists have used, typically for vaccines, is to inject attenuated, or weakened, viruses into the body. The body develops an immune response but doesn’t contract an infection, while also becoming prepared to stave off future infections.

This strategy is not safe for use against HIV for two reasons. First: the virus’s rapid evolution could allow it to regain its pathogenicity before the immune system clears it. Second: the human DNA contains many endogenous retroviruses, remains of retroviruses similar to HIV that infected our ancestors, and which are now part of our DNA but don’t cause disease. A weakened virus could potentially regain its virulence by complementing its weak regions with one of the viruses currently within the body.

Lack of animal model – HIV is an exclusively human virus, so scientists can’t study an HIV infection in animals under controlled conditions. The best alternative we have today is to make a hybrid virus combining HIV and its ancestor SIV (simian immunodeficiency virus, which infects monkeys) called SHIV and use it to infect macaques. But studies on primates are very expensive, so most scientists rely on other methods, such as extensively modifying HIV to force it to infect mice. However, this model doesn’t accurately recapitulate an HIV infection in humans.

For all these challenges, the world has certainly come a long way in its fight against HIV. The rate of new infections is falling every year and the virus’s spread has been largely contained by drugs. However, there are still many people living with HIV today. We haven’t been able to replicate our impressive progress with disease control and management with developing a cure. This is why the Berlin and London patients occupy very special places in HIV research: they are living proof of the fact that despite the various limitations, a cure is still possible.