It has long been thought that the layer of water right up against the walls of the container has a lower dielectric constant compared to bulk water. 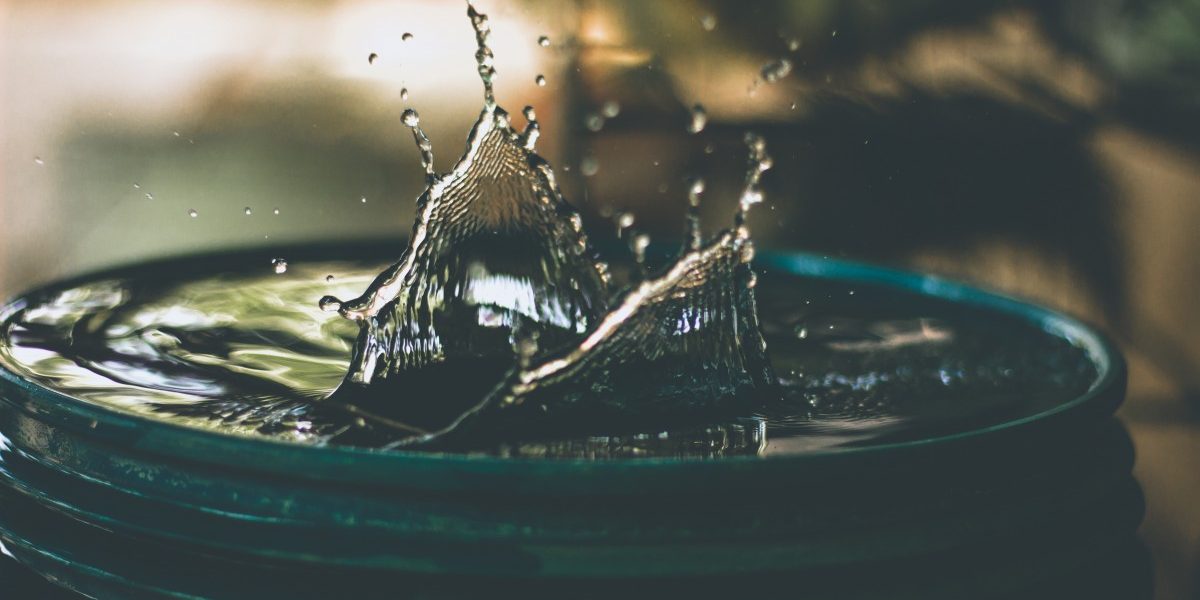 The physical and chemical phenomena that surround water are quite remarkable. It’s possibly one of the few substances on Earth that is naturally found in all conventional states of matter: solid ice, liquid water and gaseous steam. It’s unusual density profile means ice is less dense than water, which is why in cold climates, lakes freeze from the top down, allowing aquatic life to survive the winter. Weak bonds between water molecules known as hydrogen bonds – which will play a part in our story today – make it an excellent solvent, give it an unusually high surface tension and allow for capillary action. At the same time, given its ubiquity, it is surprising that we are learning about the fascinating new properties it exhibits to this day.

Let’s begin. We know that oppositely charged bodies are attracted to each other with a force that becomes weaker as the distance between them increases. What we often don’t know is that, for this rule to hold, the charged bodies have to be suspended in empty space – a vacuum. What happens to the force between charged bodies when they are immersed in a giant tub of water?

Now, let us imagine sliding a block of liquid water in between these plates. In practical applications, other substances like glass, ceramic or paper are used. (This arrangement – of an insulator sandwiched between two conductors – is called a capacitor.)

The water molecule is relatively small, made up of a single oxygen atom bound to two hydrogen atoms. This arrangement makes it a polar molecule, which means the molecule’s positive and negative charges are located at two distinct points, i.e. they don’t coincide. Once again, we can visualise this electric polarity as a tiny arrow from the positive centre of the charge to the negative centre of the charge. The presence of this arrow constitutes an electric dipole.

Ball and stick figure of a water molecule (left) and a diagram showing the distribution of charge. Credit: Wikimedia Commons

In a drop of liquid water, for example, each of these billions upon billions of tiny arrows will point in random directions, cancelling each other out and yielding a sample with no electric polarity.

Put, or seen, differently: the medium, water, effectively stores the electric field in its own electric polarisation. The amount by which a medium causes this force of attraction to diminish is called its dielectric constant. For water, this is by a factor of about 80. This is what makes water an excellent solvent, just one property in a laundry-list of striking and fortuitous physical and chemical attributes that make life possible.

Water gets its ability to “eat up” an electric field thanks to water molecules being able to rotate freely, thereby reorienting their electric dipoles. Now, what if water molecules found themselves in a situation where they were constrained and can’t rotate just as freely? They would no longer be able to reorient their dipoles and we’d find  that the water’s dielectric constant will fall.

Let’s try and understand what this means operationally. We learnt that the dielectric constant measures the amount by which forces between charges diminishes in a medium. In bulk water, the force between charges decreases by a factor of ~80. Now, imagine moving a pair of charged particles, keeping the distance between them fixed, from the bulk of a container of water to its boundary, all the while measuring the force between them.

It has long been thought that this interfacial water – the layer right up against the walls of the container, a.k.a. the dead layer – has a lower dielectric constant compared to bulk water, i.e. water molecules surrounded by other water molecules. So as we approach the dead layer, the force between our charges is expected to be stronger than what it would be if the charges were suspended in bulk water. If we were to go out and measure these forces, this is what we should find.

As is often the case in science, the hard part is actually going out and checking is this is correct.

The scientists used atomic force microscopy (AFM), a technique in which a probe literally feels out a surface in question by moving over it with  a cantilever with a sharp tip. When the probe first approaches the surface, atomic forces between the surface and the probe bend the cantilever. The more the cantilever bends, the more the reflection of a suitably positioned laser will get displaced on the surface of a photodiode. The data from the photodiode can be used to reconstruct an image of the surface. Modified probes can be used to make electrical measurements as well. 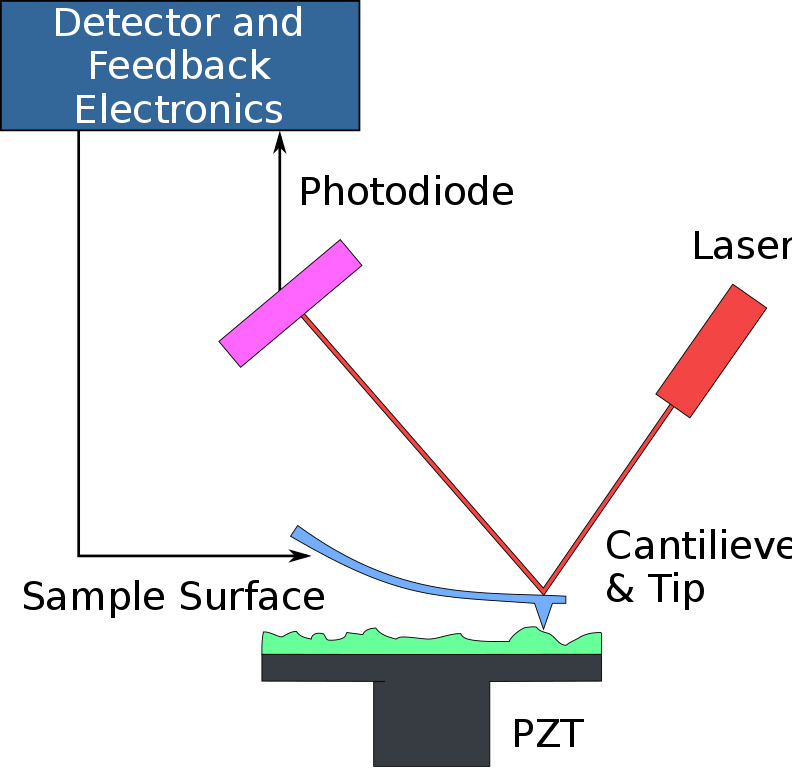 In the experiment, water was filled in extremely tiny channels of varying depths, ranging from around one nanometer to several hundred nanometers deep. Once each channel was filled with water, the scientists used AFM to measure the dielectric constant.

They found that when the channels were deep – over a hundred nanometers – the measurements of electrical force reflected the well-known properties of bulk water, i.e. effectively reducing the strength of electrostatic interactions down to roughly 1% of its strength in vacuum. However, in shallower channels, they observed that the dielectric constant dropped considerably, reaching a value of ~2. Effectively, in deeper channels, the electrostatic force was largely determined by bulk water, and as the channels got shallower, the dead layer played an increasingly important part in determining the same force.

These findings dovetail nicely with earlier theoretical and experimental studies of water near interfaces or membranes – commonly found in biological systems, for example – that have found that water naturally forms a layered structure near interfaces. This suggests that water adopts an ordered phase, a phase where the water molecule has difficulty rotating.

The reasons for this “preferred” alignment, which lend interfacial water its rigidity and consequently its curious electrical properties, are manifold. In our example, the charge on the metal plate will decide whether the oxygen atoms (which are closer to the centre of negative charge) prefer to point towards or away from it. Further, weak hydrogen bonds – the force of attraction between the hydrogen atoms on one water molecule and the oxygen atoms on other water molecules – induce a weak sort of ordering in a collection of water molecules. This costs energy to rotate away from this hydrogen bond-induced order. Finally, it is possible that the atoms or molecules that make up the substrate might exhibit an ordered arrangement, which in turn translates to a “preferred” alignment for the water molecules that jostle against them, thanks to electrostatic forces.

This experiment represents a commendable technological achievement, providing a neat confirmation of a long-standing conjecture. More broadly, elucidating the nature of electrical forces in interfacial water is an important step towards understanding the energetics of chemical reactions in living systems. It can also help us better describe and the stability of large macromolecules like proteins as well as  electric double-layers in electrochemical applications.

Madhusudhan Raman is a postdoctoral fellow at the Tata Institute of Fundamental Research, Mumbai.