Where Does India’s First Exoplanet Discovery Fit In?

It is important to remember that K2-236b was discovered through a global, collaborative effort and can’t be celebrated as a completely indigenous one. 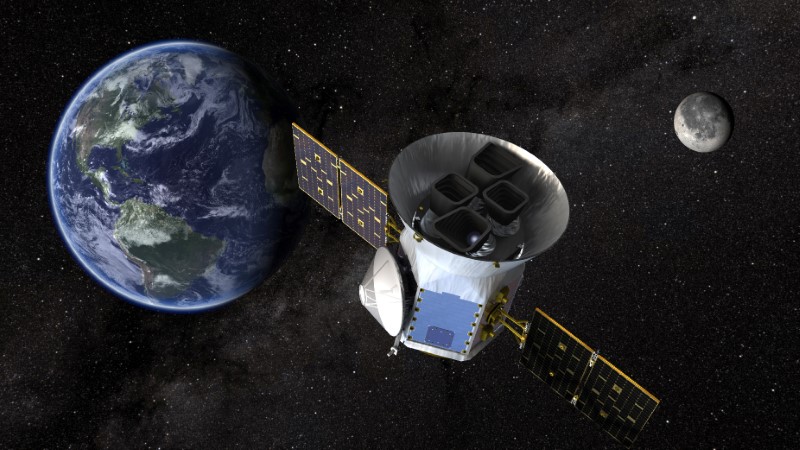 Discovering exoplanets has become an everyday occurrence these days. According to the NASA Exoplanets website, over 3,500 exoplanets have been found till date. 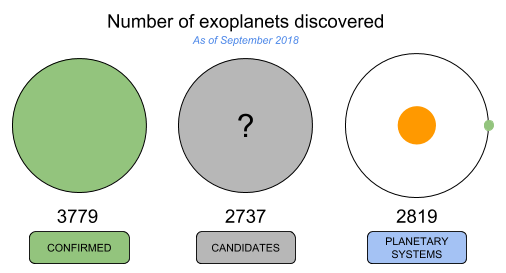 Where does India’s first exoplanet discovery fit into this giant spectrum? And what role can India play in this up and coming hybrid branch of astrophysics and planetary science?

Up to 80% of the known exoplanets have been discovered using the transit method, which measures the drop in a star’s brightness when a planet passes in front of it (from our point of view). This allows us to estimate the planet’s size, based on how much of the light it blocks, and other parameters like orbital period. Both NASA’s Kepler space telescope and its recently launched successor, the Transiting Exoplanet Survey Satellite (TESS), look for planetary transits when they’re observing the stars.

The second most popular method to discover exoplanets is called the radial velocity method, where the gravitational pull of a planet on its host star is measured by observing the star’s resulting wobble. A spectrograph capable of measuring this fine motion can not only give away the presence of a planet but also determine its mass. 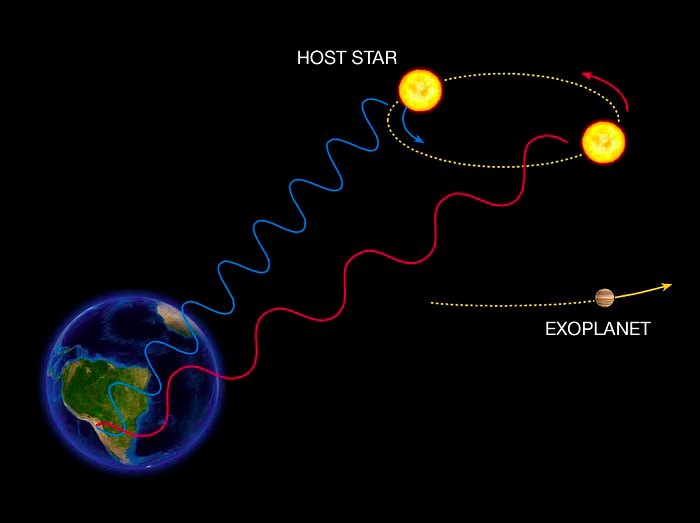 Finding planets using the radial velocity method. The displacement of the star’s spectrum indicates the movement of the planet and the star around their common centre of gravity. Credit: ESO

This is the method using which the PRL Advance Radial-velocity Abu-sky Search Spectrograph (PARAS) instrument enabled the first discovery of an exoplanet – K2-236b – by Indian scientists. This planet orbits a Sun-like star about 600 light years away from Earth. PARAS is installed at the Mt Abu Observatory in Sirohi, Rajasthan.

When scientists suspect that there might be a planet around a star based on transit data, multiple telescopes around the world perform radial velocity measurements of the star. A radial velocity measurement provides an independent mass estimate of the planetary candidate and so helps nail down various related properties. This is how the discovery of K2-236b unfolded as well.

The K2 phase of the Kepler satellite mission had identified K2-236b as a possible planet as it transited across its star K2-236 in May 2017. But an independent measurement was required to ascertain whether it was really a planet or, perhaps, a close companion star.

Scientists used the PARAS spectrograph to perform high angular resolution observations of the star over a period of 18 months, precisely measuring the star’s wobble caused by the orbiting object’s small but persistent gravitational pull. The data confirmed that the object was indeed a planet and was duly named K2-236b. 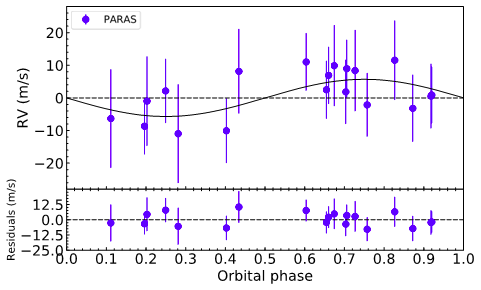 About the naming convention

The findings were published in June this year (preprint paper here).

The scientists, from the Inter-University Centre for Astronomy and Astrophysics, Pune, used K2 data to estimate that the planet’s radius was about six-times that of Earth and used PARAS data to conclude that it weighed about 27-times as much as Earth. These values together suggest that K2-236b belongs in the sub-Saturn/super-Neptune category of planets, with a Saturn-like density. 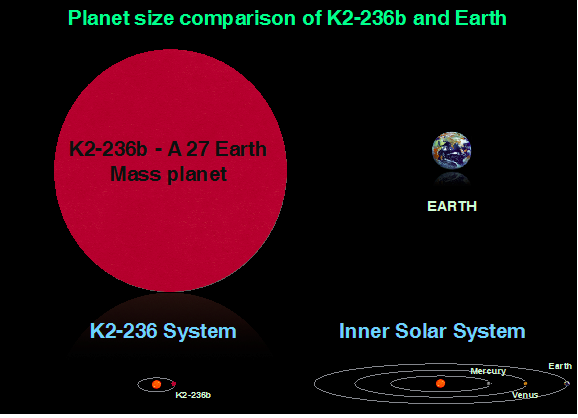 Size comparison of the K2-236 system and our inner solar system and that of the planet K2-236b to Earth. Credit: ISRO

The planet goes around its star once every 19.5 days; to compare, Mercury orbits the Sun 2.5-times farther away and Earth is seven-times out. Thus, K2-236b’s surface is hotter – around 600º C – than Mercury’s. The density and surface temperature together mean there’s little hope for life as we know it to exist on the planet’s surface.

Now, have a look at the graph below, showing the number of exoplanets discovered as of mid-2018, ordered by type. 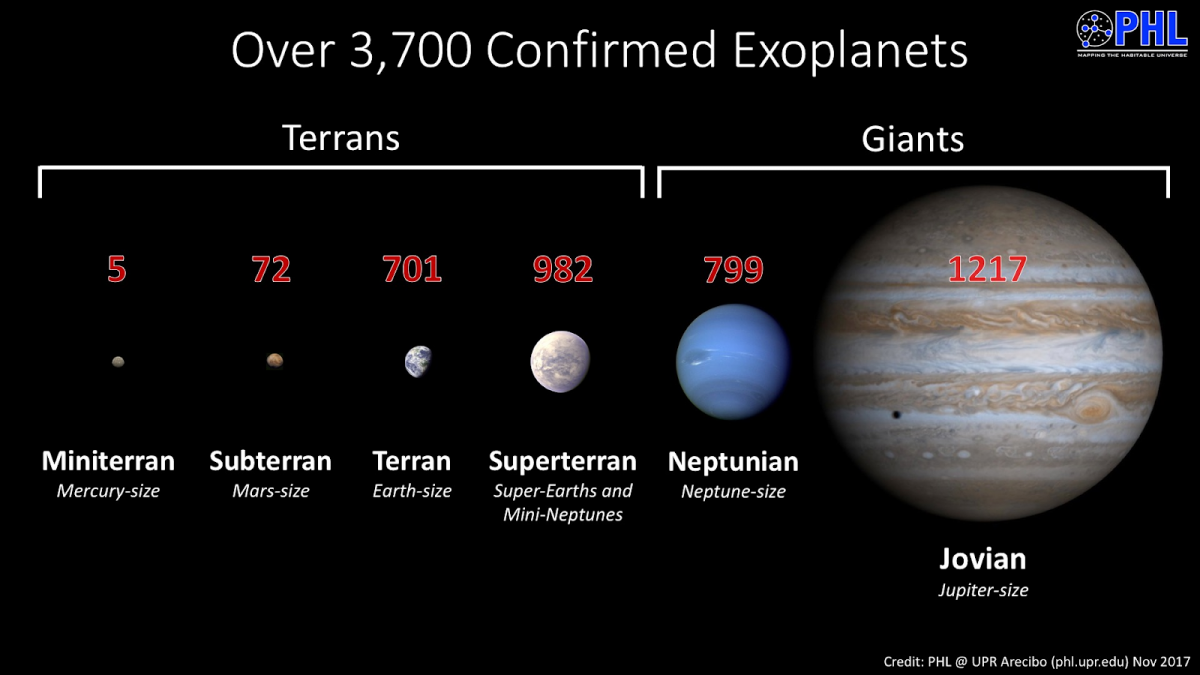 Summary of the number of confirmed exoplanets in each category. Credit: Planetary Habitability Laboratory

Evidently, some types of planets are more common than others. Apart from the super-Earths/mini-Neptunes, the Neptune-sized and Jupiter-/Saturn-sized planets are prevalent. However, there is also a slim yet distinct group of planets lying between the Neptunian and Jovian/Saturnian worlds. These are the super-Neptunes or the sub-Saturn/sub-Jovians: their physical properties lie between Neptune-like and Saturn-like planets. Only 23 such planets are known till date – and K2-236b is one of them. As such, they demand greater scrutiny for their implications.

These planets weigh 10-70 Earth masses and measure 4-8 Earth radii in size. They are particularly interesting because, while their sizes vary within a small range, their masses, and thus densities, vary in large amounts. K2-236b itself seems to sit somewhat in the middle of this spectrum.

Preliminary calculations based on K2-236b’s mass and radius indicate that it is 60-70% hot ice, silicates and iron. The planet thus straddles the sub-Saturn and super-Neptune groups since it has the density of a Saturn-like planet and the atmospheric composition resembling a Neptunian one. The team using data from the PARAS spectrograph, lead by Abhijit Chakraborty, has called for more precise measurements of the planet to determine its exact composition.

As with the other planets in this elite club, K2-236b is yet another data point in the effort to understand why these planets are rare. While it represents a useful and significant discovery, it is not a game-changer either. A lot more needs to be understood, like their orbital dynamics, atmospheric characteristics, interior composition, etc. Only then can we effectively model how they form and evolve.

PARAS is an important part of this quest, and it will undertake long and continuous observations of hundreds of nearby dwarf stars and Sun-like stars. Such long-term observations will allow scientists to better characterise the known exoplanets as well as confirm the identities of planetary candidates, as in the case of K2-236b. 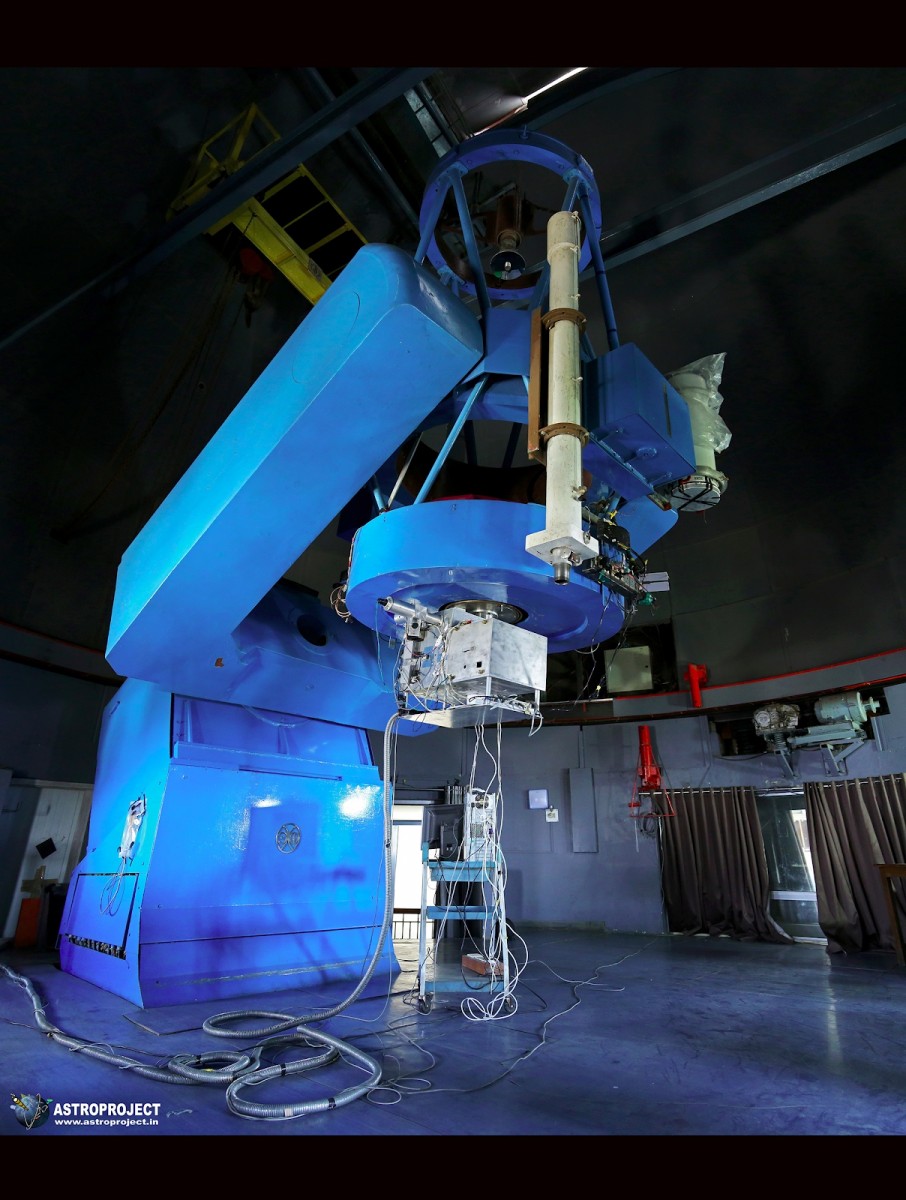 The PARAS spectrograph at the Mt Abu Observatory. Credit: PRL

It is also good to see India finally beginning to contribute to the experimental study of exoplanets. However, it is important to remember that K2-236b was discovered through a global, collaborative effort and can’t be celebrated as a completely indigenous one. The importance of discovering an exoplanet lies more in its intrinsic and necessarily global value rather than with a purely national one.

Much like many other exoplanet discoveries, the existence of the K2-236 system also reaffirms the revelation that our Solar System doesn’t seem to be the model that nature follows at large. It would be prudent to take this discovery as a reminder not of our so-called national pride but that of our (thus far) unique yet humbling place in the universe.

We are living in an age of exoplanet discoveries in the thousands. Planetary formation models are being torn apart, rethought, reworked, reformulated and pieced back together in different ways. We don’t understand how planetary formation really works and how you get such different kinds of planets from from a smaller set of building blocks. It’s about time we find out more.