When Will Pakistan Get Its Slice of the Moon?

Pakistan never had a Nehru. A further setback happened in the Zia ul Haq days when Sir Syed Ahmad Khan's modernism had its remaining flesh eaten off by Allama Iqbal's shaheen. 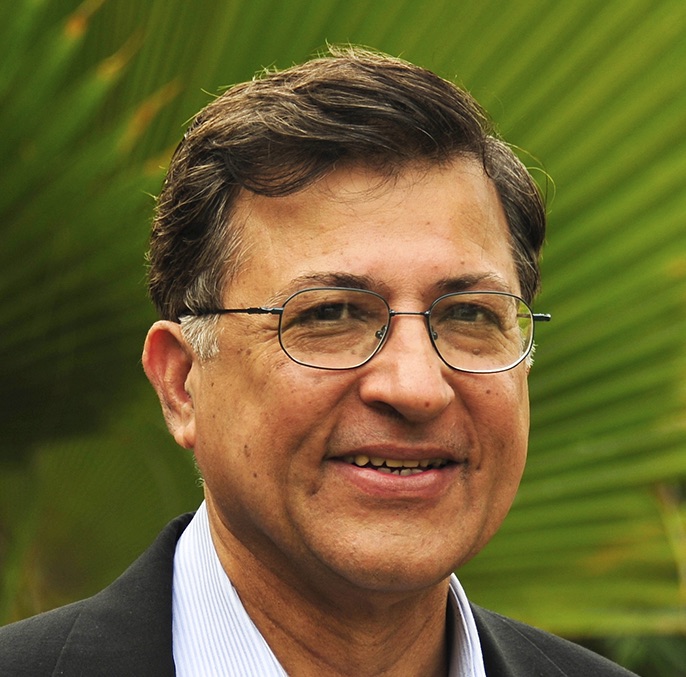 Last week’s launch of the Chandrayaan-2 water-finding Moon mission is a significant demonstration of India’s scientific and engineering capacity. It puts India firmly within a select group of countries prowling the solar system for commercial, strategic, and scientific reasons. Pakistanis naturally want to know where they stand in science – of which space exploration is just a small part – and why. What gave India this enormous lead over Pakistan?

It is natural that India’s Hindutva government should boast Chandrayaan-2 as its own achievement and claim continuation with imagined glories from Vedic times. But rightfully the credit goes elsewhere. Just imagine if history could be wound back by 70-80 years and Prime Minister Jawaharlal Nehru was replaced by Narendra Modi.

Instead of astronomy, today’s India would be pursuing astrology. Its university departments would have many ganitagayons but few mathematicians, an army of rishis would outnumber physicists. The cure for cancer would be sought in yoga while floods and earthquakes would somehow be linked to cow slaughter. Instead of devising Chandrayaan, Indian scientists would be searching for the fictitious Vimana of Ravana.

Also read: Remembering Nehru as a ‘Friend of Science’

The atheistic Nehru brought to India an acceptance of European modernity. For this Hindutva hates him even more than it hates India’s Muslims and Christians. Still, his insistence on ‘scientific temper’ – a singularly odd phrase invented while he was still in prison – made India nurture science. Earlier, vigorous reformers like Raja Ram Mohan Roy (1772-1833) had shown the path. As long as Nehru stood tall no rishi, yogi, or army general could head a science institution

Will Pakistan also get a slice of the moon? That depends upon the quality of our scientists and if a culture of science develops. Of course, Pakistan never had a Nehru. A further setback happened in the Zia ul Haq days when Sir Syed Ahmad Khan’s modernism had its remaining flesh eaten off by Allama Iqbal’s shaheen. As if to compensate the loss of appetite for science, buildings for half-a-dozen science institutions were erected along Islamabad’s Constitution Avenue. They could be closed down today and no one would notice. Today’s situation for science – every kind except agriculture and biotechnology – is dire.

The official website of the National Space Agency of Pakistan (Suparco) is silent on space exploration plans. Born a year before its Indian counterpart ISRO, Suparco lists its earliest achievement as the periodic launches of US-supplied weather monitoring Rehbar rockets between 1962 and 1972. The most recent activity listed is of July 9, 2018, when China launched two remote sensing satellites for Pakistan to monitor progress on CPEC. One of the two “was indigenously designed and solely developed by Suparco, and is primarily aimed at remote sensing”.

As a space-filler this pathetic website speaks in hushed terms about the Hatf and Shaheen III missile programmes but falls short of saying what Suparco’s role was, if any. The last four chairmen of Suparco, together with their educational qualifications, are listed as Maj. Gen. Raza Husain (2001-2010, BSc), Maj. Gen. Ahmed Bilal Husain (2010-2016, MSc), Maj. Gen. Qaiser Anees Khurram (2016-2018, BSc) and Maj. Gen. Amer Nadeem (2018-present, BSc).

National achievements in space science being so lean, where should bright young Pakistani science buffs be pointed towards? Every day they read of some great achievement – spacecraft landing on asteroids, new planets being discovered, black holes colliding in distant galaxies, etc. But Pakistan’s three most celebrated scientists have precious little to offer. Let’s call them X, Y, Z.

X appears to have lost his earlier passion for bombs and missiles and these days is mostly concerned with finding a religious cure for cancer as well as advising women on how to deal with menopause problems. Y is (or was?) under an NAB investigation because he spent Rs 4.69 billion (INR 200 crore) gasifying Thar coal but failed to produce a single watt of electricity. He may be in much hotter water once the Reko Diq investigation gets going and his role in the Tethyan Copper affair is revealed. Mishandling Reko Diq currently threatens Pakistan with a mind-boggling $5.9 billion fine. Z has clawed his way back to power but cannot explain why billions spent upon his institute have not produced a single useful pharmaceutical product.

Lacking guidance from knowledgeable elders, a few of Pakistan’s most gifted kids have found their own way. I have been astonished and thrilled to meet some. Aged 12-18, like hungry animals, they have gorged themselves on distance learning materials offered by Stanford, MIT, Coursera, etc. They seem to owe nothing to their environment, teachers, and even their parents. Some are village bumpkins, others are English-speaking urbanites. Natural genius propels them. But how far?

Also read: With China’s Help, Pakistan Is Planning to Send Its First Astronaut to Space in 2022

It is good that such talent is achieving some recognition. Fawad Chaudhry, the newly appointed minister of science and technology, told me that he plans to start 1,500 STEM schools for exceptional students. One hopes that the right students will be selected and that by some miracle good teachers can be found. Chaudhry should realise that the chance of failure will be one hundred per cent if students are graded by ratta-promoting local examination boards. Duffers must never be allowed to judge geniuses; alternatives must be explored.

More encouraging news: Pakistani doctors in the US are fabulously rich but are not known to spend their money wisely or well. That may be changing. Last month, at the annual meeting in Florida, the Association of Physicians of Pakistani Descent of North America (APPNA) put out an appeal to create an institute that would identify and support young people with exceptional math/physics talent. Let’s hope that that pans out.

Pakistan’s chance of a moonshot – unless on the back of a Chinese rocket – will stay zero for a long time. There is no reason to cry about this. Much more important problems need to be addressed. Solving them needs a strong scientific base at every step. Creating this base calls for developing scientific attitudes and dumping non-scientific ones. Symbolically this amounts to putting Sir Syed ahead of Allama Iqbal as a national icon. Impossible? Maybe. But, as they say, you can’t make an omelet without breaking an egg.

Pervez Hoodbhoy teaches physics in Lahore and Islamabad. This article was originally published in Dawn on July 27, 2019, and has been republished here with permission.