What Will It Take for Science in India to Have Its #MeToo Movement?

The rigid hierarchies that are fundamental to Indian scientific institutions must be dismantled to keep a check on sexual harassment that are hushed but commonplace. 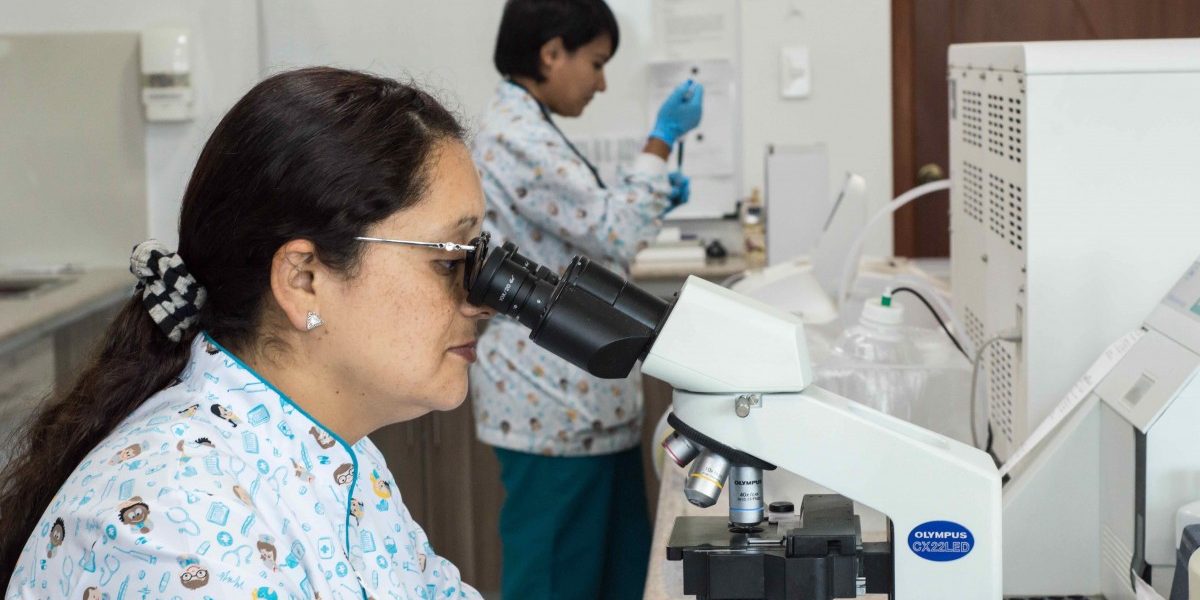 Saying that Indian Science’s #MeToo movement has arrived would be a flawed statement. Although Indian academia is rife with sexual harassment, women in science who are outnumbered by the male bosses are prevented from getting on the #MeToo wave. Harassment in labs, classrooms and on the field is underreported and warnings for future victims remain sealed in personal and professional networks of these women. The gendered ‘big-fish-eats-small-fish’ nature of academia ensures this. We currently do not see an upheaval in the number of reported cases on social media or on the call for reporting sexual harassment in Indian science that we made as part of the feminist science media project called the thelifeofscience.com.

The premise for naming and shaming sexual predators in academia was already set last year by LoSHA (‘List of Sexual Harassers in Academia’) that included at least three scientists, though the accusers all remained anonymous and gave no details about why any of the academics featured on the list. This year alone has thrown up a number of sexual harassment cases from scientific institutes. The recent compulsory retirement of Giridhar Madras from IISc and reports of other resolved cases are encouraging.

But still, only a few meek, predominantly anonymous #MeToo cases are forthcoming from Indian scientists – a community that suffers through a large gender gap and afraid to call itself feminist. While being engaged in the pursuit of truth and critical thought, it fails to rid its own workplaces from heinous tools of oppressive power. The women considering reporting are challenged by enormous threats of losing their jobs, research funding and career advancement opportunities. There is also the risk of recalling the trauma of abuse as the enquiries draw out and backlash from those carrying out ‘due diligence’.

Sandhya S. Visweswariah, a molecular biologist who used to chair the ICC at IISc, said, “I’m talking about IISc. … In every instance that has come to the notice of the [Committee] Against Sexual Harassment, matters have been dealt with but perhaps a little slowly. We need to follow procedures laid down by CCS and CCI rules.”

Maintaining strict hierarchy is a patriarchal tool that hardly any institution in India refrains from using. In the laboratory, however, the power balance between juniors and their guides, principal investigators and senior faculty is multifold. “By no imagination is sexual harassment at the workplace exclusive to the world of scientific research, yet some features of how science is organised, makes its authority structure especially perilous for women,” reads a statement from 165 scientists urging action on sexual harassment in light of Atul Johri’s case at Jawaharlal Nehru University (JNU) earlier this year.

A senior’s signature is required at every step in research, including getting access to lab equipment and sending out publications to journals. Needless to say, this power is often abused.

I chair the Internal Complaints Committee (ICC) at NCBS, Bengaluru. My comments here pertain to harassment in general. Academia can be very hierarchical. For example, from a students perspective, your future depends substantially on recommendations from your supervisor. For young faculty, continuation/tenure depends on recommendations from senior faculty in the community. As a result, power asymmetries in academia can be very strong. In such hierarchical systems, senior faculty and management must be sensitive to possible harassment.

The failure of due process

Instead of sensitivity, many women tells us that ICCs have been unwelcoming, dismissive and even reportedly worsening the trauma when sexual harassment is reported.

The Life of Science sent out a Google form to Indian scientists as a safe space to report instances of sexual harassment. On November 2, over two weeks after it was sent out, the form received 18 reports of sexual harassment. At the moment, we are dealing with cases with caution. Most victims do not consent to sharing the information publicly. Among shared reports, all but one (which is now with the police) and courts are anonymous and carefully selective.

One victim was constantly harassed with sexual questions and invitations by an esteemed senior researcher within research circles. Her experience of being dismissed when she complained to her institute’s human resources department leaves her with this insight: “Informal redressal mechanisms could be faulty and induce more trauma. I hope the #MeToo movement and others reform the ICC and other ‘informal’ committees. Informal complaints are encouraged by many institutions, such as this one so that the issue doesn’t blow up, but they don’t have adequate capacity to deal with it internally. It becomes a way of brushing things under the carpet.”

Also read: The Success of India’s Women in STEM Is Threatened by Many Paradoxes

Another victim, who – along with her female colleagues – was at the receiving end of “sexually loaded jokes and details, inappropriately touch, slut-shaming and drunk calls late at night” from a professor, confessed that she did not file an informal or formal complaint “as the environment within the institute was not conducive for a fair process of the complaint.”

She added that she was a member of the ICC, as a student representative. “Long story short, I was removed without notice when I started circulating emails to the student body about what constitutes sexual harassment and what the institute can do about it. It was not one large event which made life for women students hard in the institute; it was a pervasive atmosphere where this behaviour was tolerated and women were constantly facing harassment. Our personal lives were discussed and used as an excuse to further the sexual harassment.”

Another respondent who suffered through “groping and kissing attempts” while on the field collecting data stuck to asking those around her for help: “I complained to my colleague. He tried indirectly by keeping an eye on him but no official action was taken.”

Even in many formally reported cases that are discussed publicly, responses from the management are in support of predators rather than victims. In August, a second-year student in a Tiruvannamalai-based agriculture college called out her professor for pressuring her to comply with his sexual fantasies. In response, the warden advised her to give in and keep the incident to herself. Instead of providing her support, college officials reacted by bringing up a theft case that she was allegedly involved in.

Cases from more premier institutes of science are not treated much better by the institute, nor the media. In a case involving a senior professor in at the CSIR Fourth Paradigm Institute, Bengaluru, last year, four PhD students spoke out against his “staring” and “inappropriate touching”. The ICC had concluded that the accusations were false after finding no evidence; after this, the women went to the police. The institute responded with a press release that went into detail about everything the scholars did wrong but nothing at all holding the professor accountable. This case seems to have disappeared into oblivion. Their website shows the professor still works there.

Two other high profile cases were that of JNU’s Johri and Kanury Rao at the Translational Health Science and Technology Institute (THSTI), Faridabad. While the outrage about the former rages on, the latter was handled in a more admirable manner. It may also be worth noting that THSTI is the only one among the institutes mentioned thus far to be headed by a woman. Rao, a celebrated immunologist and winner of several awards including the S.S. Bhatnagar Prize, was dismissed from THSTI in January after the institute’s ICC found him guilty of sexual harassment.

He continues to claim innocence, but Gagandeep Kang, the director of THSTI, kept it simple in her statement to The Hindu: “The governing board has ratified the decision to terminate Dr. Rao’s services. It is his decision whether he wants to further pursue the matter in court. From our side, the process has been completed.”

In the fight to making science campuses safe, firstly, unnecessary hierarchies must be dissolved. Discussions around how this can be done are happening and must continue.

These discussions need to include why victims are silent. Hansika Kapoor, who recently completed her PhD in cognitive and behavioural psychology from IIT Bombay, said, “Students in institutions may rationalise not reporting because courses are time-bound and they’ll get out eventually. However, for project staff and tenured faculty, it may be that the nature of their job (governmental most likely, with the eventual possibility of a pension) may prevent them from rocking the boat.”

The laws against sexual harassment are inadequate, as the chairperson of National Commission for Women (NCW), Rekha Sharma, has said. “The existing Sexual Harassment of Women at Workplace Act is not proper (adequate). Unless the law changes, we won’t be able to do much,” she told IANS in an interview.

Reporting sexual harassment and its associated formal and informal processes are currently a long and potentially painful for victims of sexual harassment. These need to be simplified, favouring victims over suspected predators. Victims need support from sensitive and informed professionals as they go through the process of reporting. This support, which now comes from friends and colleagues, needs to come from higher-ups in the institute.

“Senior faculty must stand up for victims of harassment in cases where their careers are threatened,” Ramakrishnan, the tiger ecologist, said.

Very often, predators have multiple victims. The reporting and the outcome of sexual harassment cases are patterned in the current societal context. Some researchers have looked at these patterns by applying game theory to show that repeating offences suggest more than not that the case in question, not false.

Anirudh Tagat, an economics research author at Monk Prayogshala, Mumbai, subsequently wrote for LiveMint: “The basic takeaway is that in an environment where patriarchal norms make it costly for women to report when they are harassed, men will continue to harass women. This is because they know (and know that women know) that the costs of reporting are high because of stigma, societal pressure to ‘let it go’ so they will eventually never be caught. The basic model suggests that even if women do report, it is less likely that a man will not fight the charges since society puts the onus on women to follow due process, provide evidence and ensure that every aspect of the allegation can be proved.”

This work points towards the use of technology – like Callisto, which some American universities use. It is a secure application that offers a private platform to report sexual harassment for $40 per case. It works like Tinder, except at the end multiple victims of the same offender are matched together. Tagat sees merit in systems like Callisto because they “use all the advancements in cybersecurity, privacy and technology and actually harnesses it for good”.

“But of course such systems can be brought to Indian campuses only if the government, the boards of institutes see value in such a tool, which is where the challenge lies in the first place,” Tagat said. “If they are already convinced that the present mechanism that they have put in place (committees, etc.) are working well, then they have no incentive really to move towards something like Callisto even if it ‘works better’.”

The reason #MeToo and other name-and-shame movements take root and become popular is because due process has not worked. We need to start from common ground – both camps, #MeToo and due process, have the same goal of safer workplaces for all – and have a constructive dialogue on what the way forward could be.

Aashima Dogra and Nandita Jayaraj are science journalists and publish the feminist science media project The Life of Science.