We Know the Future Is Here Because Space Mining Is Here

It is not far-fetched to think that engineers could someday, in the distant future, terraform asteroids into interstellar spaceships powered by futuristic engines, flying humans to new stars. 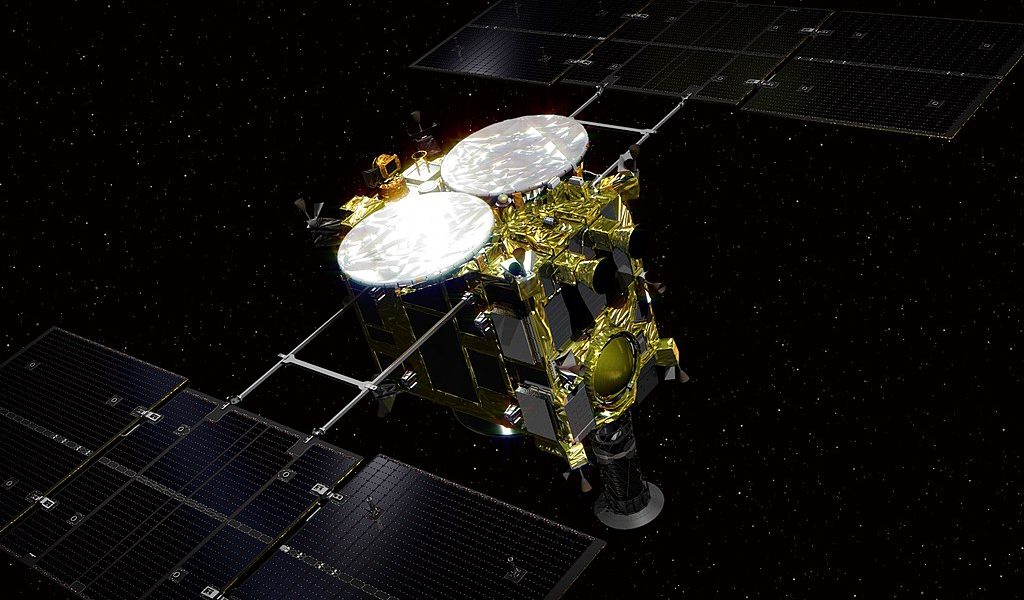 Mining asteroids does not belong in the distant future. This is an old idea whose time has come, and space agencies draw inspiration from entrepreneurs like Elon musk and Jeff Bezos to realise the goal of space industrialisation. After all, one of the best ways to colonise space is to tap into the vast resources in the ‘rubble’ of the Solar system: solidified debris from supernovae (exploding overweight stars) comprising dust, rocks, water ice and iron.

Large quantities of these materials can be extracted from asteroids, as can plentiful water, which occurs in the form of hydrated minerals. Liquid water is not only important for surviving and manufacturing in space but also has tremendous potential as rocket fuel. In other words, most of the raw materials needed to build a self-sufficient space colony exist in asteroids. The only thing that needs to be done is to develop the technology to mine and process them for use in space.

And this could happen soon with the Japanese space agency’s (JAXA’s) Hayabusa 2 space probe, launched in December 2014, poised to land on Ryugu, a near-Earth asteroid, next Friday, February 22. Powered by an ion engine – where ionised xenon gas is forced through a strong electric field and expelled at high speed – the probe rendezvoused with the kilometre-wide Ryugu last June and entered a closed orbit around it, even as the duo hurtled through space at over 30 km a second.

A scheduled landing on the space rock was postponed in October when close-up images showed a very uneven and rugged surface, prompting JAXA to work out alternate landing coordinates. The mothership, however, dropped a couple of mini rovers weighing 10 kg each, designed to ‘hop’ around the rocky landscape; the asteroid’s low gravity makes movement on wheels impractical. It also deployed the European-built Mobile Asteroid Surface Scout (shortened as MASCOT).

Data from these vanguard probes helped JAXA finalise a new touchdown date for Hayabusa 2 on the rhombus-shaped Ryugu.

After putting down on Ryugu’s surface, the spacecraft will undertake a series of experiments to determine the asteroid’s mineral composition and measure its magnetic field. Scientists believe Ryugu, known to be rich in carbon, also has nickel, iron, cobalt, nitrogen and hydrogen, along with water and ammonia. Hayabusa 2 will use a special drill to punch a hole on the surface to collect pristine rock samples that will be stored in a return capsule before launching Earthwards again.

Reaching Earth by the end of next year, Hayabusa 2 will drop the capsule over Australia, to be retrieved by JAXA. The space agency says the probe will have enough fuel left to further explore the asteroid belt between Mars and Jupiter: a region inhabited by thousands of asteroids, ranging in size from the 500-mile-wide Ceres – the largest – to little stones.

Other robotic missions have also visited some of these asteroids before. NASA’s OSIRIS-Rex asteroid-sampling mission, for example, reached Bennu, another carbonaceous asteroid, in December 2017 and entered a closed orbit around it. This summer, a mini-probe from OSIRIS-Rex will land on Bennu to vacuum samples from the rock and return them to Earth later.

NASA is also mulling a plan to send over a thousand miniature space probes to explore the scattered rocky worlds of the asteroid belt. These tiny explorers would try to land on all asteroids more than a kilometre across and hunt for minerals and water. The effort will be based on a ‘relay system’ of swarms of probes.

Each swarm will comprise a score spacecraft weighing less than a kilogram each, and their flight and landing patterns will be coordinated by a ‘leader’ probe. The ‘leader’ will collect data from the ‘workers’ and send it on to a ‘messenger’ craft to be relayed to Earth in about a quarter of an hour’s time.

Asteroids intrigue scientists for three principal reasons. First, the ancient samples obtained from asteroids are virtual time capsules, and by studying them, we can understand how the Solar System evolved out of interstellar gas and dust some 4.6 billion years ago.

Also read: How a Tiny European Nation Is Leading the Evolution of Space Law

Second, these rocks could help answer the question of whether, and how, carbonaceous asteroids like Ryugu might have kick-started life on Earth. Many scientists believe the chemical ingredients for engendering biological life were probably brought to Earth some four billion years ago by asteroids that crashed into it.

And third, missions like Hayabusa 2 prove humans have the technological capability to send mechanical probes to asteroids and mine them for precious metals and minerals.

Research in this direction could yield unexpected results, as scientists at the University of Vienna, Austria, found out recently. They reported that it is entirely possible to build a habitat inside a rotating asteroid so that future miners can work comfortably inside it. The rock’s rotation would provide the space station with simulated gravity while its stony shell would protect it from space debris and cosmic radiation.

Finally, now that space mining is here, we also need new fictions for a new era. So it is not far-fetched to think that engineers could someday, in the distant future, terraform asteroids into interstellar spaceships powered by futuristic engines, flying humans to new stars.