What Leaked From the Vizag Plant?

Most – but not all – signs point to styrene. The Wire Staff
Health
Rights
The Sciences
07/May/2020

Bengaluru: In the early hours of May 7, a plastics-manufacturing plant in Visakhapatnam, Andhra Pradesh, began to leak a poisonous gas that soon spread to five villages nearby. The gas, believed to be a toxin of some kind, quickly rendered over a thousand people sick and, a few hours later, reports began to emerge of deaths.

The plant, called LG Polymers, is situated in a 60-acre plot in Gopalapatnam area. Multiple teams of National Disaster Response Force personnel have already reached the spot. At least according to one first-person account on Firstpost, people in the vicinity had gone to bed with the windows open to beat the early summer heat.

“Then we woke up to this fog. The entire area was covered with this mist-like chemical. It caused a burning sensation on the skin. People were fainting even as they were walking.”

Srijana Gummalla, the commissioner of the Greater Visakhapatnam Municipal Corporation, said on Twitter that people who had inhaled the gas were found unconscious. According to Reuters, at least eleven people have died thus far, over 300 have been hospitalised, another 1,500 have been evacuated from a neighbouring village, and over 5,000 people have fallen sick. 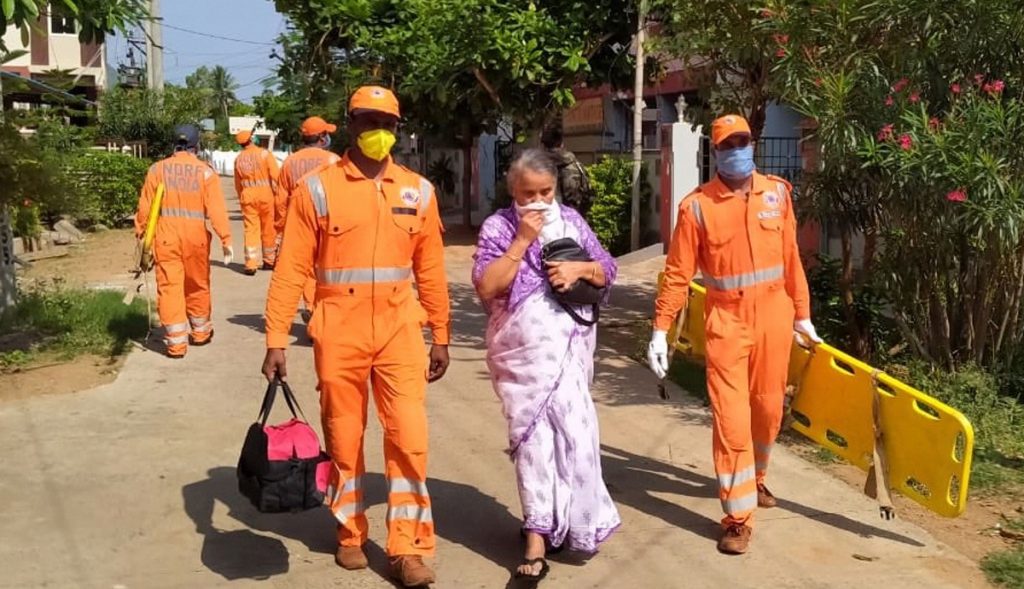 According to multiple media reports, the toxin is believed to be styrene gas. Styrene – also known as phenylethene – is an organic compound derived from benzene and used to manufacture polystyrene. Polystyrene is in turn used to make, among other things, use-and-throw cups to carry tea and coffee. At room temperature and pressure, styrene is usually a colourless, oily liquid with a sweet smell. Aged styrene may appear yellowish.

The substance has an LC50 – i.e. the concentration required to kill about 50% of animals exposed to it – of 9.5 g/m3 for mice and 24 g/m3 for rats. According to the US Environmental Protection Agency, “Average indoor air levels of styrene are in the range of 1-9 µg/m3, attributable to emissions from building materials, consumer products, and tobacco smoke.”

Once styrene enters the body, through the mouth, respiratory tract or the skin, it is metabolised to styrene oxide, which the International Agency for Research on Cancer has classified as a ‘probable human carcinogen’.

Styrene itself is known to irritate the eyes and mucous membranes and cause gastrointestinal problems. If humans are exposed to heightened levels of styrene for longer, the compound can also affect the central nervous system, kidneys, liver and blood.

This said, city and state officials haven’t been able to confirm the gas’s composition. Gummalla indicated to The News Minute that the gas, which she and her colleagues believed at the time of the report to be styrene, had “become air” and “leaked”, suggesting it could have been vaporised inside the LG Polymers before it escaped. 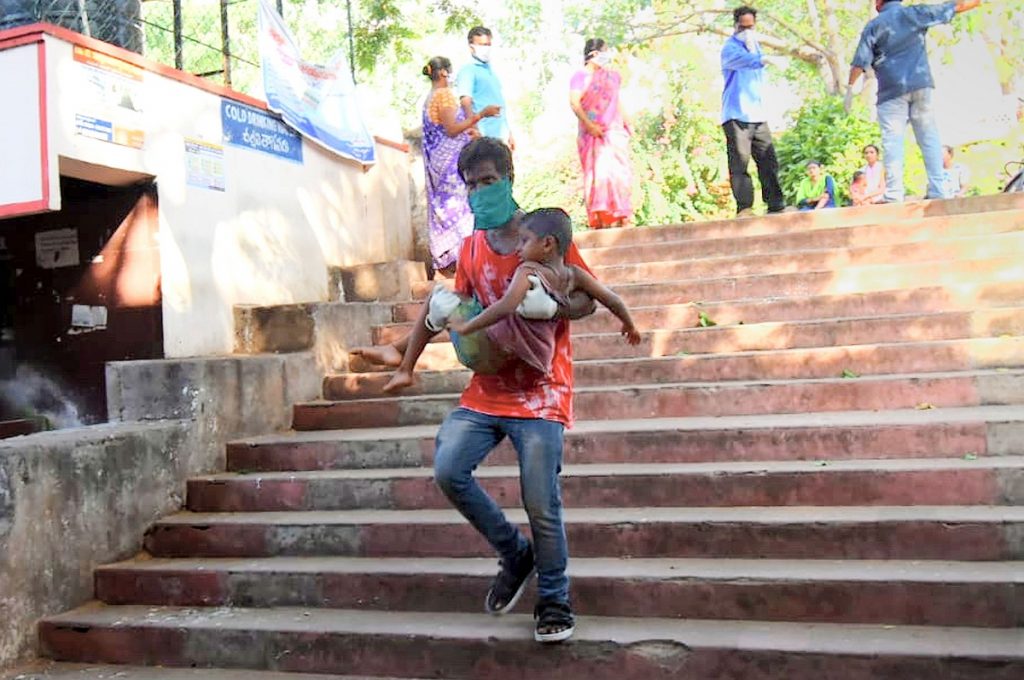 A man rushes his child for treatment at King George Hospital after a major chemical gas leakage at LG Polymers industry in Visakhapatnam, May 07, 2020. Photo: PTI

Some media reports also speculate that the substance in question could be vinyl chloride, an important ingredient used to manufacture polyvinyl chloride, commonly known as PVC.

Styrene itself has a high boiling point at ambient pressure, so it’s not yet clear how styrene gas could have leaked from the plant. On the other hand, vinyl chloride is a colourless, odourless gas. It is also less dense than air, so it floats and moves around more.

It’s possible that more than one gas has leaked from the LG Polymers plant. For example, another indication of the gas’s composition is found in assistant commissioner of police Swaroopa Rani’s statement to Hindustan Times (emphasis added): “The police were unable to enter the colonies initially because of the foul smell. They went around the colonies asking the people to come out of their homes and move to safer places.” Styrene gas is not known to have a foul smell.

This said, India’s Ministry of Home Affairs tweeted at 2:30 pm that “There was a chemical leak of #Styrene gas 20km from Visakhapatnam.” A spokesperson from LG Chem, the company that operates the plant, also told Bloomberg that a gas had leaked from a storage tank intended to store styrene: “The plant was shut down due to coronavirus worries when the accident took place. A nighttime dutier came to learn of gas leakage from a styrene monomer storage tank. None of LG Chem’s employees there have died from this accident. A possible link between the gas leak and deaths of people is subject to further investigation.”

All accidental gas leaks in India have a sordid precedent in the fateful Bhopal gas-leak incident of 1984, one of the worst industrial disasters in world history. On December 2 of that year, methyl isocyanate gas leaked from a facility operated by Union Carbide India Ltd., killing over 3,700 people (although unacknowledged claims have exceeded 16,000), disabling another 3,900 people, and injuring over 5.7 lakh.