Up Above the World so High, Climate Change Could Kill Some Clouds in the Sky

If carbon dioxide concentrations in the atmosphere exceed 1,200 ppm, stratocumulus clouds could break up into cumulus clouds. 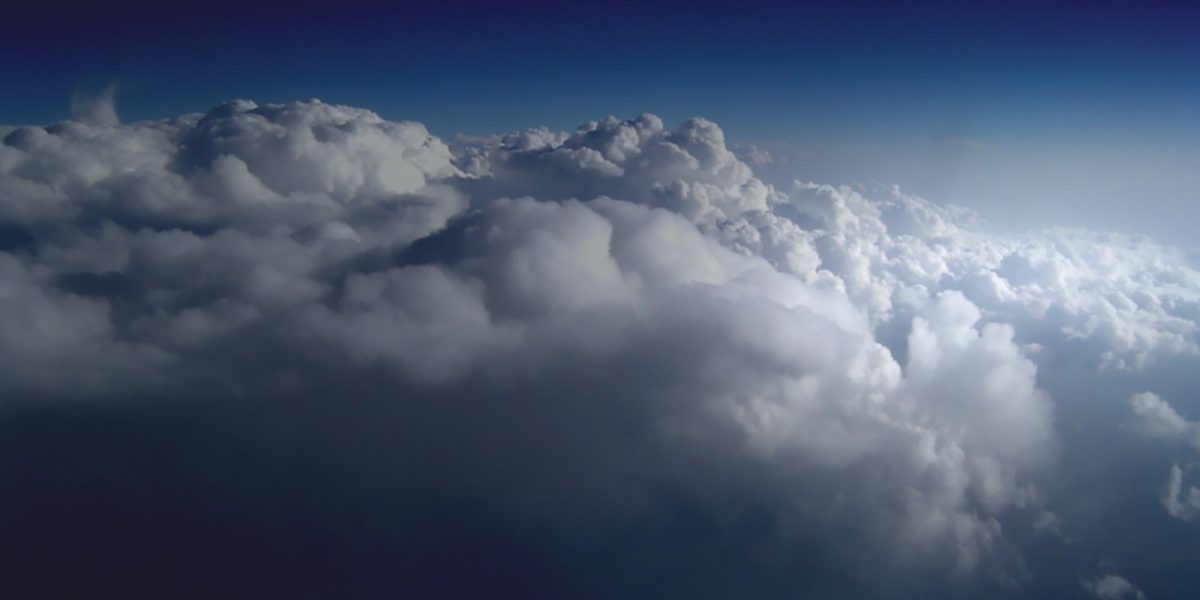 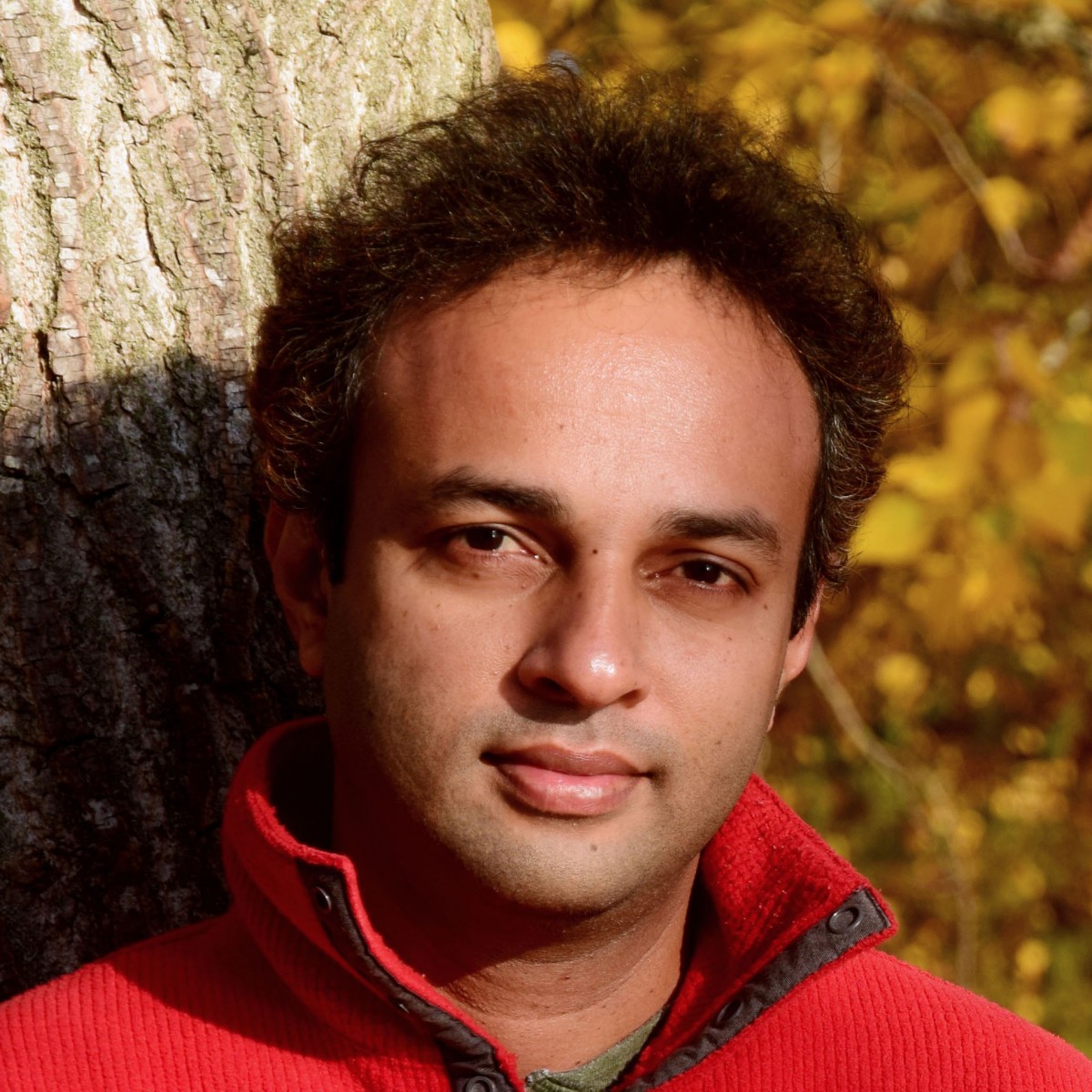 The Bollywood film Lagaan (2001) begins with the unfulfilled promise of monsoon clouds over a drought-stricken land and ends with a burst of rains and dancing. If a sequel were made a hundred years from now, it could have fewer clouds and possibly more drought. At least that is what a new study of the impact of global warming on clouds suggests.

The word ‘cloud’ comes from the Old English ‘clūd’, which originally meant rock. Speakers of Old English named them so because the thick grey clouds over England looked like heavy, dark-grey masses of rock.

But not all clouds are the same. While some look like rocks, others resemble puffy balls of cotton and wispy feathers. Try cloud-watching with kids, you might even spot an elephant in the sky!

The importance of clouds become apparent when humans realised that they cover over 70% of Earth’s surface at any given moment. They are like a (relatively) thin layer of floating ocean, with enough water to cover the planet’s surface with about one inch of rain.

Essentially, clouds are bundles of water droplets and ice particles suspended in the sky. Even a modestly sized cloud could contain about 600 tonnes of water – the mass of a Boeing 747.

Clouds generally form when warm, moist air moves up, slowly cools and eventually reaches an altitude where it is saturated with moisture. Beyond this point, water starts condensing out of the air to form clouds.

The height at which this happens, together with atmospheric conditions, determines whether the cloud is puffy – a.k.a. a cumulus – or feathery – a.k.a. a cirrus.

And depending on their type and size, clouds absorb, transmit and reflect solar radiation. Hence, they play a major role in Earth’s energy balance and the amount of heat we experience on the ground.

The stratocumulus (Latin for ‘layer heap’) generally appear as a layer of thin, circular clouds in the upper parts of the planetary boundary layer (generally 1.5-2 km over the tropics), and are occasionally accompanied by weak rains.

Stratocumulus clouds strongly reflect incoming solar radiation – to the tune of 30-60%. At the same time, they are effectively transparent to the long-wave radiation coming from Earth’s surface. So they are better at keeping Earth cool than most of the other cloud types.

Their sensitivity to solar radiation means that even small changes in the thickness and coverage of stratocumulus clouds can produce large changes in the amount of heat gained by Earth. And this is exactly what has become a concern now.

Simulations by Tapio Schneider and his team from the California Institute of Technology has shown that if we keep burning more and more fossil fuels, we could trigger a ‘cloud apocalypse’.

Though clouds made of water droplets and ice particles, their microphysical properties and interactions are very complex, so scientists have a hard time studying them. It’s also challenging for scientists to include them in climate models.

Schneider and his colleagues say that this shortcoming adds large uncertainties to future climate projections – including how much warmer Earth could get.

To better incorporate clouds and resolve the climate projection problem, the team used high-performance computers that could simulate the finer details of clouds better.

They started their climate model run with the current atmospheric carbon dioxide concentration levels of 400 ppm, which produced stratocumulus clouds like those we see today. Then they gradually increased the gas’s levels in the model to see how the clouds responded.

At 800 ppm – twice the current levels – the tropical ocean temperature increased by 3.6°C, as did the amount of water vapour in the air. The amount of liquid water in the clouds decreased slightly, although the cloud cover stayed the same.

In other words: Clouds form when moisture condenses into ice crystals, so as Earth warms, the air becomes too hot for ice crystals to form in the lower atmosphere. This causes stratocumulus clouds to break up.

The combined impact of all these changes is colossal. With fewer stratocumulus clouds reflecting sunlight, the oceans rapidly warmed by 8°C in the tropics and by 10°C in the subtropics in Schneider’s study.

Such a large increase in temperature could render most of the tropics uninhabitable for warm-blooded animals.

Then again, Schneider’s analysis itself does not completely outrun the imperfections of climate models. While the study simulates patches of cloud at a high-resolution, thus scrutinising them in greater detail, it simplifies the rest of the ocean-atmosphere-land system, reducing the amount of detail there.

As a result, the model may miss some larger-scale climate dynamics and feedback loops that are important when predicting future climate. We do not know how this might work out at present, or if 8-10º C of warming is really in the offing.

However, it is certain that clouds are going to change in the future under increased human emissions.

In fact, if there is going to be over 1,200 ppm of carbon dioxide in the atmosphere, a multitude of factors will have a multitude of effects. Together with sea-level rise, warmer oceans, deteriorating marine and land ecosystems and heat waves, the world will be a remarkably different place from what it is today.

And the study shows that the stratocumulus cataclysm could happen if the concentrations of carbon dioxide breach this 1,200-ppm mark. Recently, global levels crossed 410 ppm – a 45% increase since the Industrial Revolution (280 ppm). At the current rate of increase, about 2-3 ppm per year, it will take about 300 years or more to cause the catastrophe.

However, the study’s authors speculate that this could also happen within a century. This is because carbon dioxide levels don’t increase in a linear manner. One study has shown that, should humankind burn all fossil fuels that are readily available, the gas’s concentrations could skyrocket to around 2,000 ppm by the year 2250.

As Raghu Murtugudde, a professor at the University of Maryland, put it, nations are promising change while still holding tightly to bad habits. The wishful expectation is that countries will eventually work together – globally as well as locally – to curb emissions. And lower emissions along with more investment in science and technology can provide more energy-efficient ways to live, eventually keeping carbon dioxide levels from climbing so high.

But one century is not that long a time. With an average lifespan of 80 years, our grandchildren and their children could wake up to a world with fewer clouds.

Roxy Mathew Koll is a climate scientist at the Indian Institute of Tropical Meteorology, Pune, and a lead author of IPCC reports. He is currently a visiting scientist at the National Ocean and Atmospheric Administration, Seattle.