We need to find a way to critically review our traditional knowledge systems (whether old or new) under the bigger lens of what makes valid knowledge so in the 21st century. 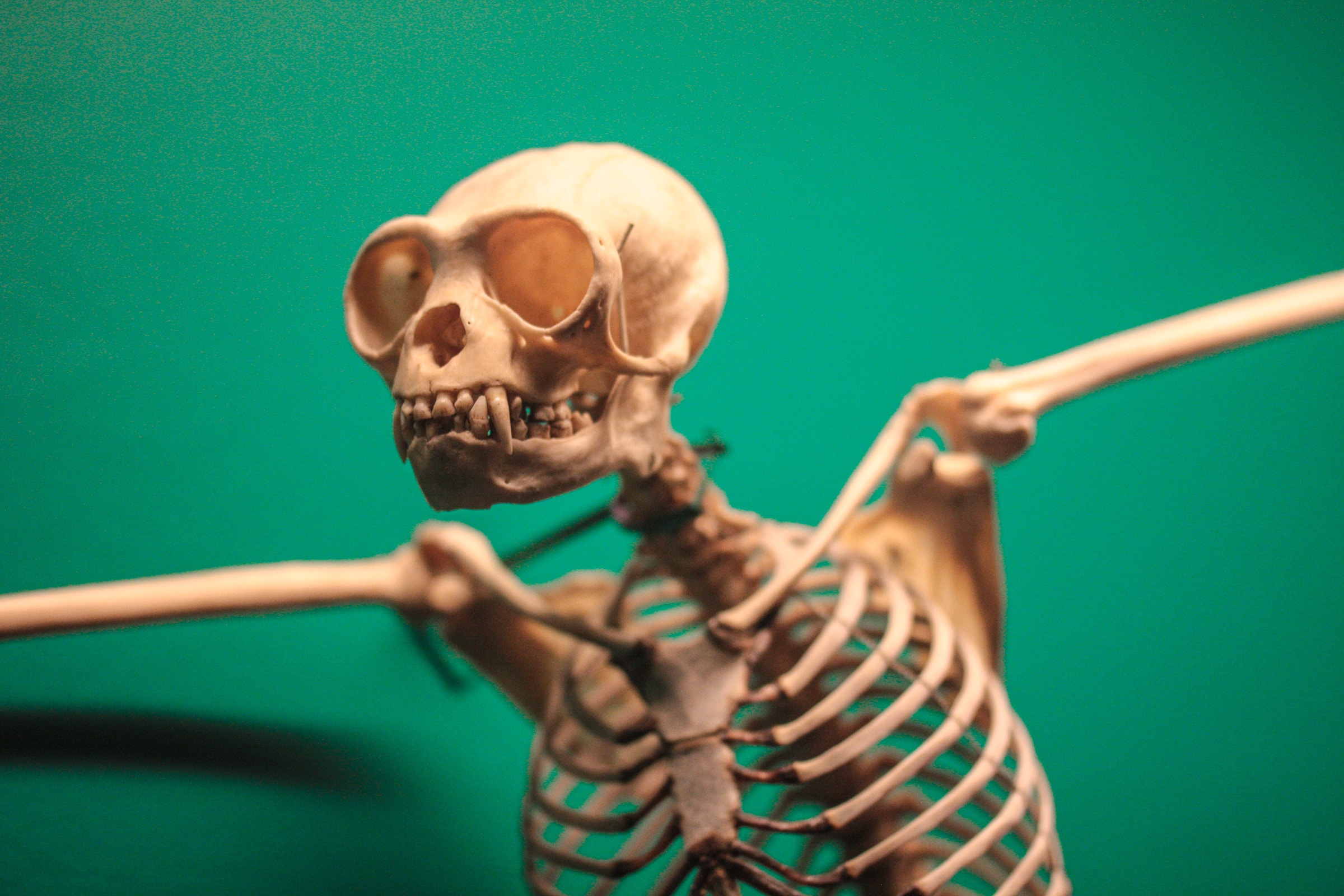 A gibbon's skeleton arranged in a pose. Credit: Bart Heird/Unsplash 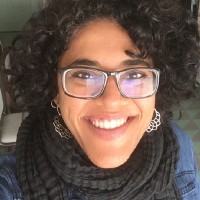 Should the Indian media pay as much attention as it does to our politicians’ pseudoscientific claims? The Print had posed this question to me recently – making an apparent reference to the debate between those who say we should simply focus on ‘good science’ and reinforce its traits and those who believe ‘bad science’ is an opportunity for journalists to uncover deeper issues.

For example, when junior education minister Satyapal Singh said, “Darwin’s theory is scientifically wrong” or when Uttarakhand chief minister Ramesh Pokhriyal Nishank said, “Astrology is the biggest science. It is in fact above science. We should promote it.”

It’s no secret that some Indian ministers have been trying to rewrite Indian scientific history, and such claims are part of that story.

Science communicators and journalists should definitely continue to focus on these stories, but perhaps with a more investigative narrative  – shifting the focus from the politician to the problem. We can use these sensational instances as opportunities to tackle more systemic problems, offering context and analysis, and reach the people with critical insights.

For example, Satyapal Singh seems to be missing the essence of the scientific method – and what about the story of evolution is scientific.

Science is a type of knowledge system concerned with the observation of phenomena through controlled and repeatable experiments. Scientific knowledge is not a fixed or static body of work. Instead, it’s a process and, like all processes, it evolves. New fields emerge with conceptual shifts in these processes.

If Singh had understood this as well as how evolution itself is evolving as more evidence comes to the fore (e.g., the recent spate of articles questioning parts of the out of Africa theory), his statement would perhaps be different.

Curiously enough, he has an MPhil in chemistry. So either Singh was and is a bad student of science, or his intentions behind these statements are political.

When Pokhriyal says, “Astrology is the biggest science. It is in fact above science. We should promote it,” there again seems to be a misunderstanding about what science is, what it stands for, and betrays an inability to distinguish science from pseudoscience.

Pseudoscience is a collection of beliefs or practices mistakenly regarded as being based on the scientific method. Astrology is considered a pseudoscience because, when subjected to the processes of science, researchers have found no evidence connecting astronomical phenomena with human personalities or events. So if someone would like to establish astrology as a way of knowing, they’d have to figure out how. And it doesn’t happen simply by calling astrology a science.

Like Singh, Pokhriyal is well-educated, so here again the problem seems to be more than about breaking a misconception of what science is.

It’s important to acknowledge that scientific processes are not free from bias, socioeconomic and political, and as with any process, stronger checks and balances need to be put in place.

So do we, as science communicators and educators, need to facilitate and stimulate dialogue to upskill our political cadre on what science is – or do we need to accept the reality that such statements have little to do with what science is and more so with political considerations?

Or, of course, should we instead use these statements as opportunities to begin conversations with the members of our audience so they know how to evaluate such statements when they are made and open up a healthy debate on biases in science?

If we shift focus to the intentions behind these statements, which seems to be asserting the superiority of Hindu traditional knowledge, it doesn’t take long to conclude that an effective antidote is to raise the scientific literacy of the country. According to G.S. Rautela and Kanchan Chowdhury, scientific literacy includes the following elements (quoting verbatim from a 2015 paper):

This literacy is an urgent and important issue for modern India. The processes and products of science touch almost every aspect of our lives, and we are a country that is largely scientifically illiterate, and so not equipped with the tools to interpret and analyse statements made by our leaders.

The lack of relevant literacy skills threatens society. We’ve seen this enacted at a national scale most recently with Brexit, where most voters in the referendum were not fully aware of the consequences of their actions.

K. VijayRaghavan, India’s new principal scientific adviser, has called for more non-English science communication at the education, research and society levels. His idea is that to make a society aware of something, they must be able to access information about it in a language they are comfortable with. So to raise the scientific literacy in India, we have to start with expanding the language of science to regional languages.

And misconceptions are a useful entry point for pedagogy. Science communicators and educators can use these instances as opportunities to simply talk about science, in the classroom or on the street. However, the conversation would be incomplete without addressing the need to situate traditional Hindu knowledge as superior to other forms.

For example, all of us by now have been exposed to and have tried to make sense of India’s cow politics, which has of late solicited scientific credentials as well. Recently, the government commissioned a research project to ‘scientifically’ validate the benefits of panchagavya, a mixture of cow dung, cow urine, milk, curd, ghee, jaggery, banana, tender coconut and water, and also test its efficacy on curing cancer.

This study is an example of validating traditional knowledge using modern scientific methods (setting aside for the moment whether it could actually work as validating results born of one knowledge system with the tools of another can be complicated). So we’ll need to wait to find out if one MP’s claim that “cow dung and urine can cure cancer” bears fruit. The systemic problem here is a desire to establish traditional knowledge as superior to scientific knowledge, a repositioning whose motivation must be fully understood before we can begin to tackle it.

Otherwise, we’ll be left fighting individual battles without a chance of ever winning the war.

For example, when American researchers were granted a patent on the use of powdered turmeric (Curcuma longa) for healing superficial wounds, India filed a case in 1997 to have it annulled and won. The future of traditional medicine was hailed as being secure once more. As K.S. Jayaraman wrote at the time,

The US Patents and Trademark Office withdrew the patent in August 2017 after a year-long legal battle with India’s Council of Scientific and Industrial Research (CSIR), which argued that turmeric, a native Indian plant, had been used for centuries by its people for wound healing, and so lacked the “novelty” criterion required for patenting.

R.A. Mashelkar, the CSIR director at the time, had urged holders of traditional knowledge to document it as evidence of prior knowledge, which helped them win the case.

When studying quantum physics and finding out how its description of the nature of physical reality was strikingly similar to the concept of interdependence in Buddhism, I couldn’t understand why Western texts on the history of science didn’t cross-reference oriental publications. I had similar feelings when reading David Hume’s essays on consciousness and the mind.

Buddhist texts are widely translated and even written in English, so I could access them and thus come to the realisation that Western philosophy does not give its Eastern counterpart enough credit.

The documentation that Mashelkar had insisted upon in the turmeric case is inaccessible here, and this needs to be fixed quickly so consumers of Western knowledge are able to come to the realisation just as those in the global south have that there’s a pressing need to decolonise knowledge.

Organisations like Participatory Research in Asia have called for change at higher education and research levels to be more inclusive of what constitutes knowledge. They have raised questions about what ‘knowledge’ is and recommended that higher education institutions work harder to make visible whatever domains have been excluded in the past.

We need to find a way to critically review our traditional knowledge systems (whether old or new) under the bigger lens of what makes valid knowledge so in the 21st century. However, it’s also important that science communicators and educators put in efforts to steer the focus onto the decolonisation of knowledge and not passively reinforce new kinds of colonisation – which ‘Hindu science’ would be, for example (although it is not all science).

Science communicators, educators, researchers, traditional knowledge holders and the government will all need to start working together to counter the politics of pseudoscience if we’re to keep the dangers of misinterpreting science and knowledge in check. If we continue to politicise scientific knowledge, we will allow bias to persist within knowledge structures, and which can only be detrimental to a country’s knowledge economy in the long run.

The Indian media, in particular, can and should address issues of science literacy in the country as science is for all, although literacy is not yet for all. It should also highlight the decolonisation of knowledge so the people can approach the subject more critically. A good way to begin would be by talking about science, academic research and knowledge production in languages other than English to kickstart healthier debates at all levels of society.

If you wish to translate this article into Hindi, tweet me at @welearnwegrow.

The author would like to thank Radha Barooah for her suggestions on improving the article. It was originally published on the author’s Medium page and has been republished here with permission.

Jaya Ramchandani is a science educator, communicator and curator. She is a proponent of interdisciplinary approaches to learning.