It's the first step to devising insecticides that specifically target mosquitoes and don't affect other insects. 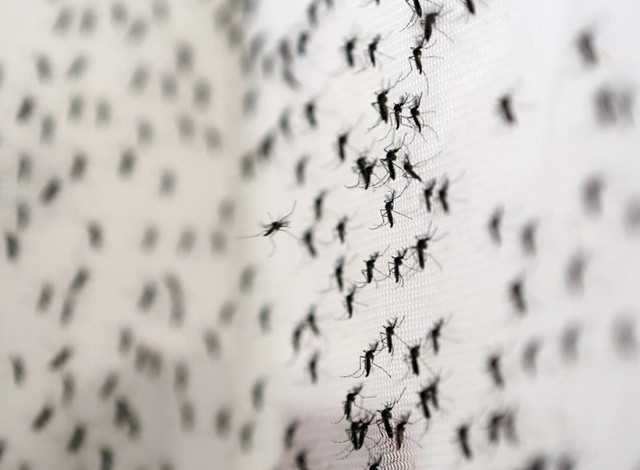 A new study has identified a key player in mosquito eggshell formation. This is exciting because blocking the player’s action can cause mosquitoes to lay unviable eggs, and keep them from spreading deadly diseases.

“It’s really provided a hook to understanding how mosquito eggshells are put together, which is really a critical development,” Marten Edwards, a professor at Muhlenberg College, Pennsylvania, told The Wire.

There are millions of cases of mosquito-borne viral diseases – such as malaria, dengue and yellow fever – around the world. In India alone, mosquitoes of the genus Aedes are responsible for spreading diseases that kill thousands a year.

“Even the most professional and well-resourced mosquito control agencies are unable” to sufficiently control and prevent “epidemic transmission of dengue, Zika, etc. in endemic areas,” Luke Alphey, a professor at the Pirbright Institute, Surrey, told The Wire. And “Aedes aegypti is the key mosquito vector of these and other mosquito-borne viral diseases.”

New methods to fight them are the need of the hour.

Also read: Why India’s Developmental Trajectory Is Closely Linked to the Spread of Malaria

Despite the advent of gene drives that attack mosquitoes alone, insecticides are still the most commonly used control method. But their ability to kill more than just mosquitoes renders other insect species vulnerable. At the same time, with greater exposure, mosquitoes also become able to resist them.

In their study, the researchers used a computational technique to identify genes that are present solely in mosquitoes. They picked 40 to work with.

Female mosquitoes need to feast on blood before a new clutch of eggs is laid. Jun Isoe, a research scientist at the University of Arizona, injected different female A. aegypti mosquitoes in the backs of their necks with diverse ribonucleic acid (RNA) molecules. One at a time and in different mosquitoes, the RNA molecules tamped down each of the 40 genes – a technique called RNA interference.

This is how they found a gene that influenced a protein they’ve called eggshell organising factor 1 (EOF1). When the amount of EOF1 in the mosquitoes dropped, they set off reproductive problems that ended with laying unviable eggs.

The team inspected these eggs with an electron microscope and found that the eggs suffered from many melanisation problems that affected the architecture of their shells. This in turn affected the viability of the embryos inside.

“Melanisation is a chemical reaction that essentially seals the egg and allows it to last for up to six months,” Roger Miesfeld, a professor at the University of Arizona, Tucson, and a member of the study, said.

The researchers used RNA interference to find that A. albopictus, a vector for Zika and dengue, also laid eggs with disrupted eggshells and dead embryos.

They also found that EOF1 wasn’t limited to the eggshell architecture.

For example, the protein was commonly to be found in the female mosquitoes’ ovaries, more so after they’d fed on blood. Second, a lack of EOF1 caused cell death in the ovaries. Third, suppressing EOF1 levels had a lifelong effect: the mosquitoes so affected always laid unviable eggs, even after multiple blood meals. Miesfeld likened it to birth control for mosquitoes.

So the team suspects that the gene behind is a master regulator. Keeping it from entering the fray triggers a cascade of reactions that prevent eggs from hatching. EOF1’s effects also suggest it could be involved in an important protein breakdown pathway. The researchers hope to lay these suspicions to rest in future studies.

Also read: Are Pesticides Called Neonics to Blame for the World’s Bees Crisis?

“This is a good first step, I think,” said Jason Rasgon, a professor at Pennsylvania State University who wasn’t involved in the study.

Laura Harrington, a professor at Cornell University, New York, and another independent researcher, agreed. “The next generation of vector control will need to be specifically targeted so we don’t experience broad spectrum effects that impact non-target species, such as bees, butterflies and even humans,” she said.

Understanding how mosquito eggshells develop offers a new way to do this. And in line with this, Miesfeld said the team will next try to find a small molecular inhibitor to block EOF1’s function in the field.

And “developing a viable inhibitory molecule that can withstand field conditions” – like heat and humidity – “and reach female mosquitoes just before or after feeding will be a challenge, but it is a worthy challenge to pursue,” Harrington said.

The study was published in the journal PLOS Biology on January 8, 2019.