It remains to be seen if the science academies' statement will help move things along, or if they have articulated their stand too late in the day. 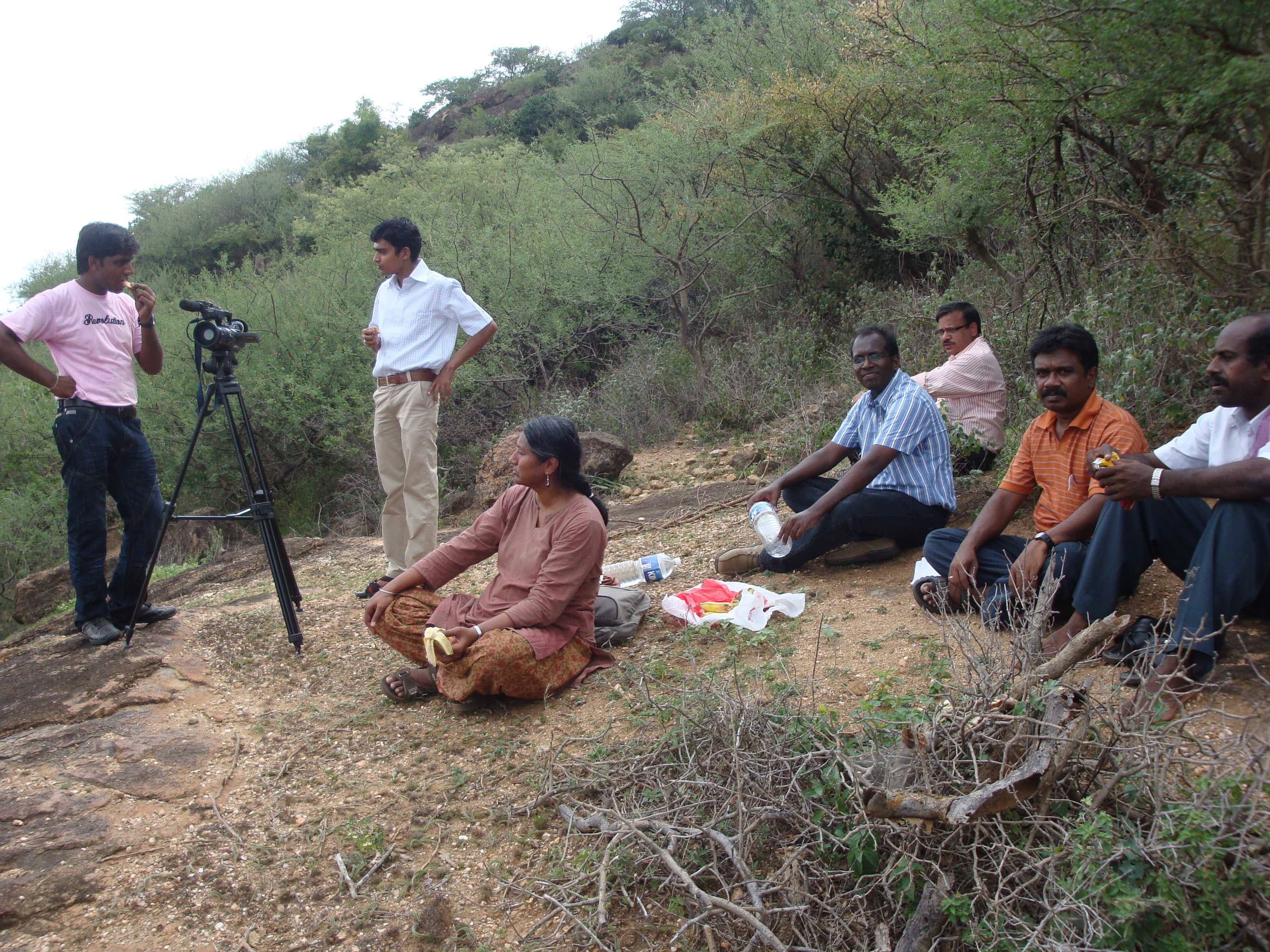 Members of the INO collaboration during a site inspection in Theni, Tamil Nadu. Credit: INO/TIFR

Their combined appeal follows a long series of backs-and-forths between the project’s collaborators, government bodies like the Union environment ministry and the state pollution control board, and the media itself. The project had received the green signal and a financial sanction of Rs 1,500 crore from the Cabinet in 2015, construction was expected to begin in 2016 and the INO was expected to go live in the early 2020s.

However, nothing has happened at the site. For the last five years or so, the project’s senior collaborators, mostly scientists from the Institute of Mathematical Sciences, Chennai, and the Tata Institute of Fundamental Research, Mumbai, have been facing stiff resistance from a clutch of environmental activists, local politicians and the residents of Theni.

The principal sticking point appears to be the environmental clearance for the project. While the environment ministry sanctioned this only last month, there has been some confusion about whether the INO was cleared in the right category.

The supposed ambiguity has been driven by the project’s proximity to the Mudumalai National Park on the Kerala side of the border shared between the two states. However, the senior collaborators have consistently refuted this prompt, and have been able to produce the necessary documentation to back their claims up.

Another major issue is widespread misinformation about the nature of the project. The INO, using a 50,000-tonne stationary detector (i.e. with no moving parts), aims to study the properties of elementary particles called neutrinos. These particles are the second most abundant in the universe (after photons, the particles of light).

However, multiple media reports in the past have dubbed these particles as well as the experiment to study them as being sources of harmful radiation. Further, some activists have also alleged that the INO is set to constructed in a seismologically sensitive zone, and that drilling work to be undertaken in the area could damage underwater aquifers. These allegations have been repeatedly debunked – but they refuse to go away.

For example, to quote at length from The Wire‘s award-winning investigation of the INO’s troubles,

Within 15 days [of receiving the Cabinet sanction], Vaiko, the leader of the Marumalarchi Dravida Munnetra Kazhagam (MDMK) party in Tamil Nadu, filed a writ petition against the project in the Madurai bench of the Madras High Court, claiming that it would “bring unimaginable and terrible disaster to the mankind (sic) and the environment”.

Stephen Inbanathan [a materials scientist] was present when Vaiko personally came to argue his case at the High Court. There were no locals at the hearing, only members of Vaiko’s party and a few lawyers. “There will be radiation and this will affect people. What sin have these people committed? Are they guinea pigs?” he recalls Vaiko saying.

The joint statement in favour of the INO from the three science academies comes against this backdrop, and seeks to assuage readers that no harm will come of the project. Among other things, it states,

The Science Academies of India are strongly supportive of the establishment of such an experimental facility for its intrinsic scientific value. In addition to enabling Indian researchers to make a unique contribution to our understanding of several fundamental problems of physics, a major effort on this scale will also contribute significantly to the development of education and research infrastructure in Tamil Nadu.

Further compounding the mess in which the INO is currently stranded is a growing sense of victimisation among the people of Tamil Nadu. This sentiment reached its crescendo last year, following the Supreme Court’s decision in January 2016 to ban the traditional sport of jallikattu, when thousands of people gathered on Chennai’s Marina beach to protest the verdict.

The sense of victimisation reached another high last month, and continues to do so, in the form of the Sterlite copper plant in Thoothukudi, which has been found to be severely polluting its vicinity, and whose owners have been able to evade scrutiny despite multiple, and serious, allegations of wrongdoings.

Vaiko has joined protesters in Thoothukudi asking for the Sterlite plant to be shut down. On March 31, a member of Vaiko’s MDMK party set himself on fire to protest against the INO, and succumbed to his injuries later in the day.