In Kachchh, Evidence That Modern Humans Came to South Asia 114,000 Years Ago

Scientists first hypothesised that modern humans migrated from Africa to Australia 60 millennia ago, but more recent findings have disputed this theory. One of them was recently made in India. 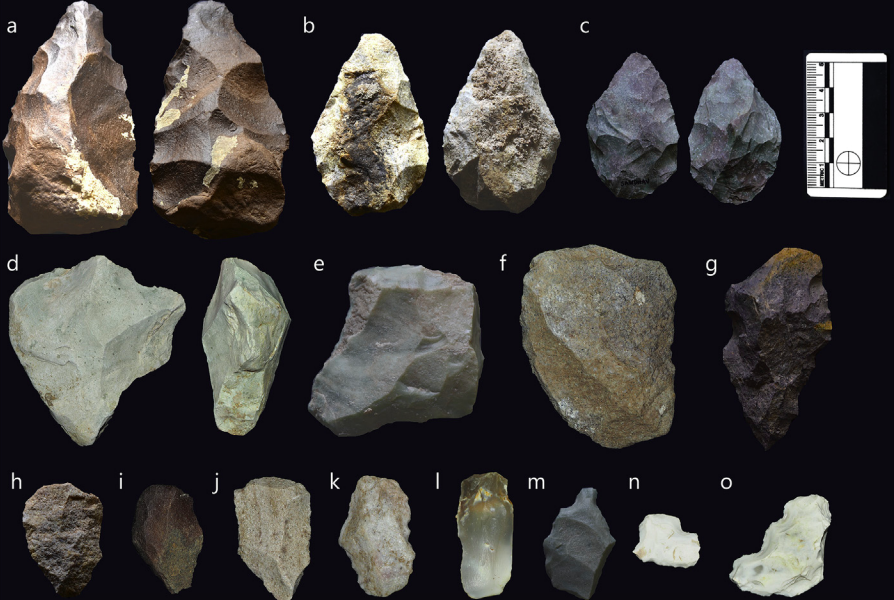 A mass extinction event around 66 million years ago rendered most dinosaurs on Earth extinct. The only reason we know they ever existed is because some of their remains were preserved in the soil. These fossils allowed us to figure out what they looked like, how long ago they lived and how they lived.

Much later, our own ancestors evolved and their fossilised remains helped us understand them too. But while we don’t doubt that they existed, we’ve had a hard time figuring out when and how they migrated to different parts of the world. Such questions, including exactly when they reached India and what route they took to get here, are quite hard to answer.

Scientists consider the early movements of our own species – Homo sapiens – important in knowing where we come from and how we got where we are. At first, they argued that modern humans migrated from Africa to Australia around 60,000 years ago. According to their model, humans moved along the southern coast of Asia through regions like the Arabian peninsula, India, Southeast Asia and finally reached Oceania.

While this idea was popular, recent findings have cast doubts on this theory.

One of them was recently made in India. P Ajithprasad, an archaeologist at the Maharaja Sayajirao University, Baroda, and his colleagues recently found evidence of modern human occupation along the Indian coast at Sandhav, in Gujarat’s Kachchh, that dates to 114,000 years. The findings weren’t of human fossils – human remains in South Asia are scarce, according to Ajithprasad – but the team inferred them from archaeological and environmental records. 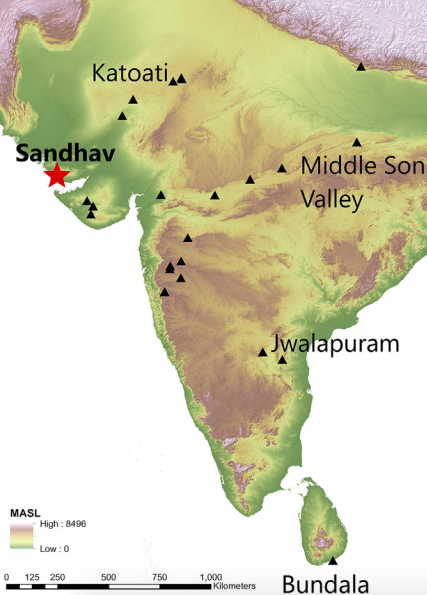 It is harder for scientists to understand humans’ origins without human fossils. The next best things are archaeological artefacts, objects that humans made and/or used.

“Modern humans were already present in Africa about two to three hundred thousand years ago,” Ajithprasad said. “One of the populations among these modern humans developed what is known as blade, or microblade, technology somewhere around 80,000 years ago along the coastal regions of southern and eastern Africa.” This technology produced some unique tools.

The reason Ajithprasad and his team think it was developed around 80,000 years ago is because archaeologists haven’t found similar artefacts made using this technology in Africa before that time. The oldest known product of the technology in South Asia is 50,000 years old. So scientists figured modern humans migrated to South Asia via a coastal route about 60,000 years ago, bringing their technologies with them.

This coastal migration model was also popular because it argued that once humans adapted to survive on the coast, they could travel along the coast as well.

However, more recent studies have shown that around that time – 60,000 years ago – humans had adapted to survive in a broad range of environments, like deserts, rainforests, river valleys and hills. Simultaneously, studies from the Eastern African and Arabian coastlines failed to support what older coastal models had predicted.

So, according to Ajithprasad, scientists developed an alternative hypothesis to explain what they were finding: humans had migrated out of Africa much before 80,000 years ago and probably took an inland route. And they found human and archaeological remains in West Asia to suggest such a migration happened at least 120,000 years ago. They also found that these humans used a kind of technology, called levallois, that predated blades.

“The technique involves the removal of small flakes or points from carefully prepared cores in a structured manner,” Shanti Pappu, founder and secretary of the Sharma Centre for Heritage Education, told The Wire in a previous report.

Ajithprasad and his team have found evidence of levallois technology by examining artefacts they found at Sandhav. They also recorded features called tanged points on some of the tools, strengthening the hypothesis that the humans that lived at Sandhav were modern humans.

The team located potential sites, excavated them and – once they found the artefacts – dated the age of the sediments they were trapped in. “That date turned out to be 114,000 years,” Ajithprasad said, which matches the idea that modern humans left Africa at least 120,000 years ago. The result also contradicts the first hypothesis, that modern humans don’t make it to South Asia for almost another 60,000 years.

Also read: Meet the Archaeologists Chiseling Stone Tools to Learn How Our Forebears Did It

What about the artefacts made with the younger blade technology? The team actually found such objects at Sandhav but they were about 28,000-18,000 years old. Together with other sites in South Asia with similarly aged artefacts, the group, according to Ajithprasad, thinks humans in the region locally developed the blade technology and used it. This way, it’s possible the artefacts made with the same technology in Africa could be independent from those in South Asia.

And as for the route that the humans took – Ajithprasad doesn’t have an answer yet. He said they’d have to examine other sites to get to the bottom of that puzzle.

Ravi Korisettar, a professor at Karnatak University, Dharwad, and an expert of human prehistory in the Indian subcontinent, sees more promise from the recent findings. Korisettar has argued in the past that humans migrated inland via a northern route out of Africa, eventually reaching India.

However, “the debate should continue,” he said. “More intense research is necessary.”

Like Ajithprasad, Korisettar is careful not to make any specific claims. He recalls the recent controversy over Aryan migration and how vulnerable this and similar issues are to being misunderstood and misused in political narratives. “Academics need to be careful and not make [a] sensation.”

The team’s results were published in a peer-reviewed paper in the November 2019 issue of Quaternary Science Reviews.

Sagnik Ghosh is a physics PhD student at Brandeis University, Boston. He has been on leave for the past year.