Review: The DIY Experiment That Captures 'All the Mystery of Quantum Physics'

In 'Through Two Doors At Once', Anil Ananthaswamy doesn’t shy away from areas where there are no clear answers. Rather, like the best biographers, he relishes the challenge. 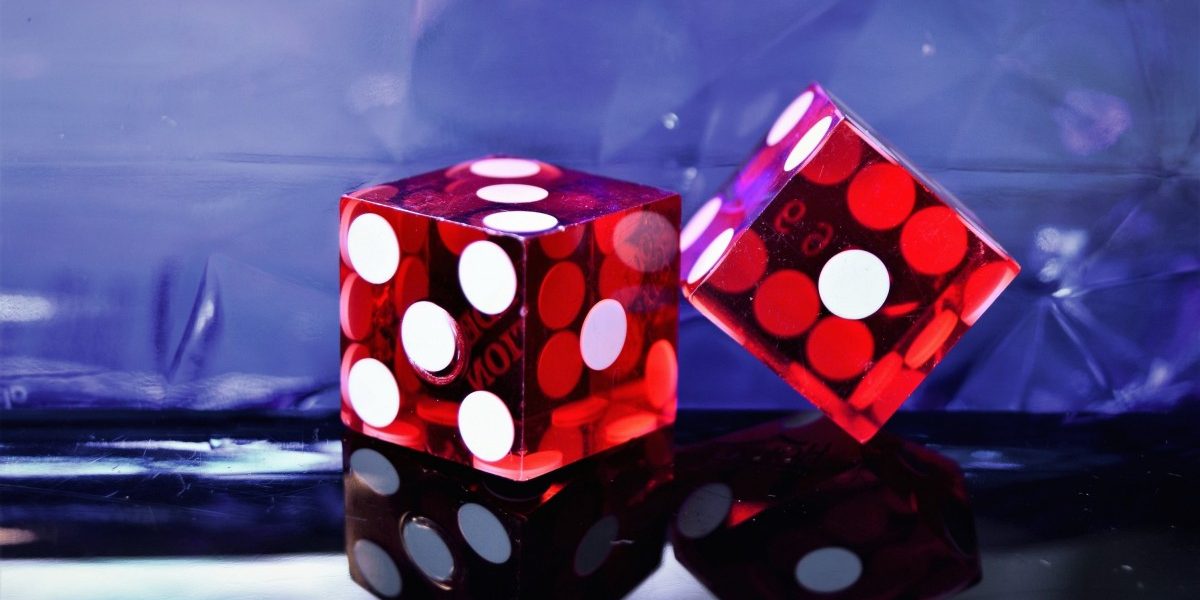 Anil Ananthaswamy’s Through Two Doors at Once is purportedly a biography of a physics experiment. But it becomes clear quite fast that while the experiment is fascinating, the book traverses much weirder terrain. It’s an exploration of the history and current state of quantum mechanics and, consequently, of our understanding of the basic nature of reality itself.

At its inception, the experiment was relatively simple. (Obviously, I use the word ‘simple’ slightly ironically. None of this book is simple in the sense of a Sunday afternoon during summer vacation. Simple is merely a relative term for the complexity that is soon to follow.)

In 1803, Thomas Young (“the last man to know everything”, as he was once described) narrated a recent experiment to the Royal Society of London. He had made a small hole in a window shutter, covered it with thick paper and made a pinprick in the paper with a needle. He blocked the resulting tiny beam of light shining through the pinprick with a tiny card. Then, he studied the pattern of light and shadow that was thrown on the far wall on a larger card.

As Ananthaswamy writes, if light was made of waves then “the card would have merely impeded the waves, like a rock impedes flowing water, and the wave would have gone around the card, taking two paths, one on either side of the card.” And this is exactly what happened, contradicting the ideas of Isaac Newton, England’s favourite genius at the time. 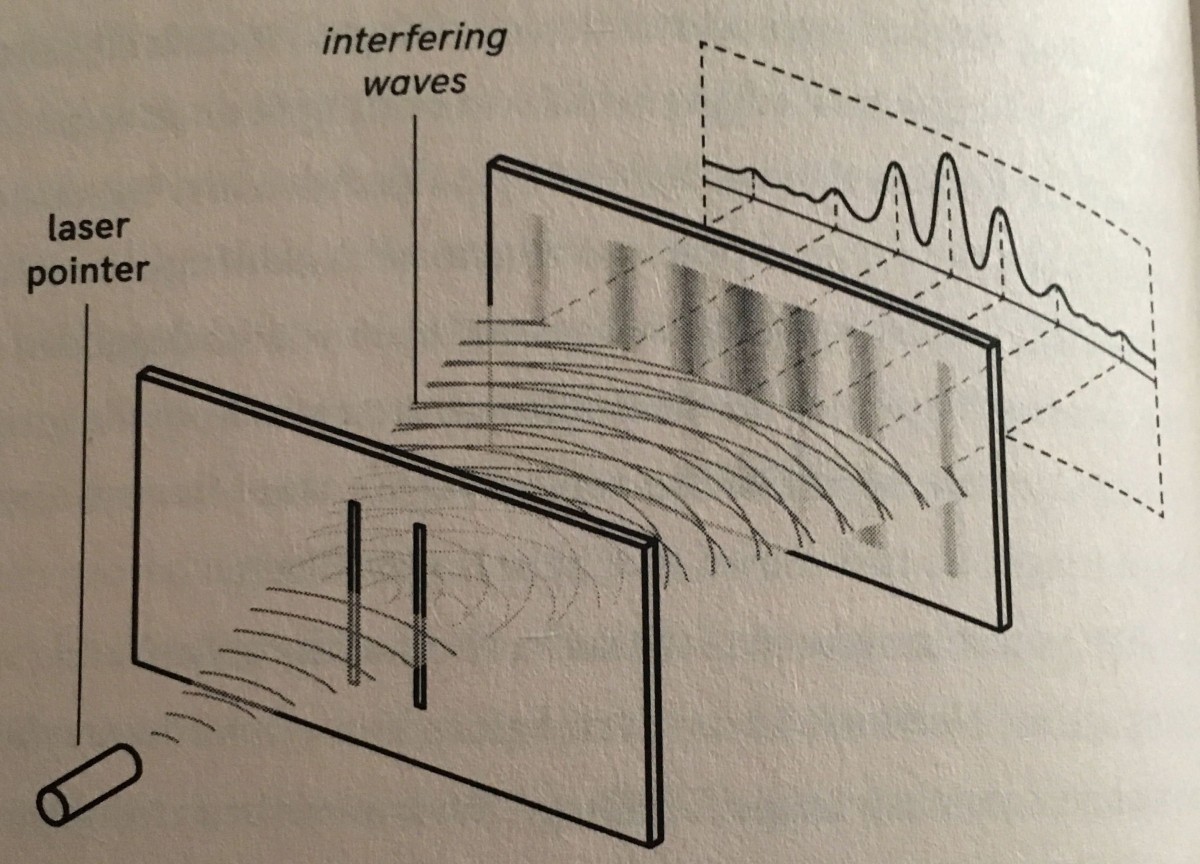 An illustration of the double-slit experiment from the book

This experiment would grow and grow, becoming deeper and subtler, each iteration leading to results that complicated our understanding of light and everything else. It came to be called the ‘double slit’ experiment. In 1964, Richard Feynman described it as containing “all of the mystery of quantum mechanics.” And, as this book demonstrates, there’s a lot of mystery.

Ananthaswamy is an excellent guide. He leads us through the centuries, introducing us first to the theoretical physicists who did the intellectual heavy lifting before introducing us to the experimentalists who did the actual lifting of heavy machines to test the theories. The names of the theorists are household – Albert Einstein, Niels Bohr, Erwin Schrödinger, Werner Heisenberg, Wolfgang Pauli, etc.

And while their accomplishments are laudatory, Ananthaswamy’s choice to follow the slow progress of experimental verification does much to ground the narrative and offers readers a new set of landmarks to guide their way. To quote Sabine Hossenfelder, there’s a “forest of theories”, and it has become extremely rare for any of them to be chopped down. 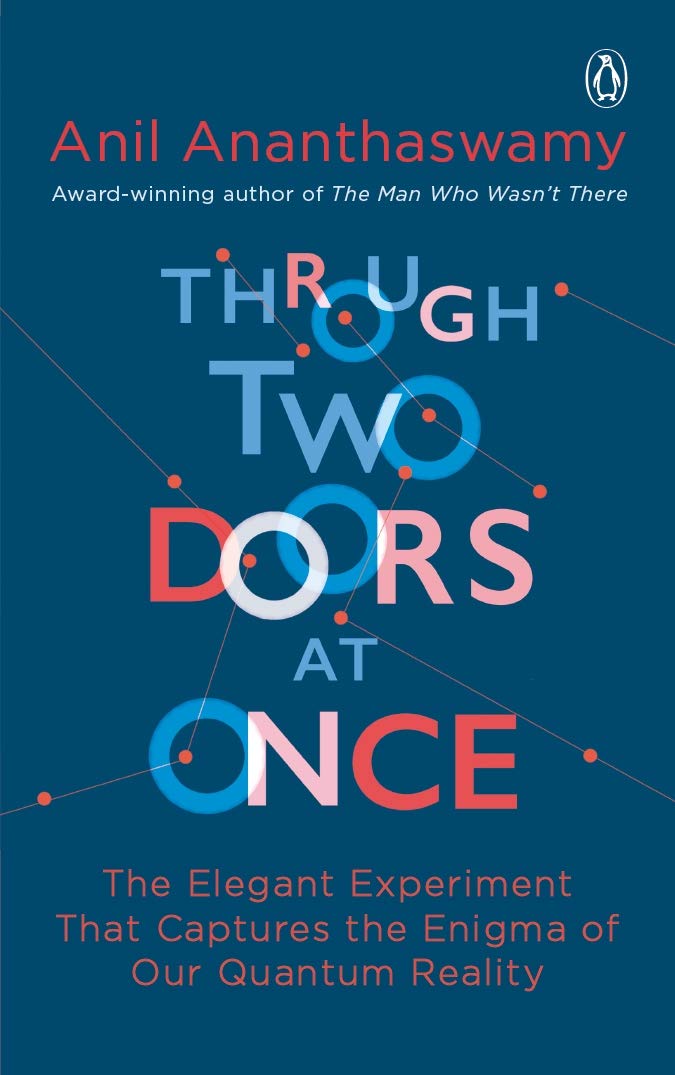 Through Two Doors At Once
Anil Ananthaswamy
Penguin Viking, 2018

“The accepted practice is instead to adjust the model so that it continues to agree with the lack of empirical support.” And this can quickly become too much for any one person to handle.

The ability to test a claim made by theoretical physics only becomes possible years, often decades or centuries, after the theory was originally propounded. Till then, theory moves on, often to some very strange places. For example, Heisenberg said the idea of a reality that existed independent of an observer was “impossible”. Later, Hugh Everett III would lay the seeds for the ‘many worlds’ hypothesis, saying “the observer himself has split into a number of observers”.

QBism is an entire theory that dismisses the idea of an objective third-person view of reality. This isn’t to say that experiments have implied that reality isn’t weird; far from it.

Anton Zeilinger and his team’s experiments in the Canary Islands showed that entanglement and non-locality are demonstrable phenomena despite being “spooky action at a distance”, as Einstein so memorably put it.

From a previous report: “When two photons are said to be quantum-entangled, it means that the states that the photons are in are related to each other by means of a variable. If the variable changes, then the properties of the photons change, too,” even if they are separated by a large distance. So if two photons are entangled and then sent to different locations, changing one photon in one location will instantaneously change the other photon as well.

The experiment revealed that events at Tenerife could affect the outcome of measurements in La Palma, despite them being separated by 144 kilometres and the measurements being taken before the events even happen. As Ananthaswamy writes, “Quantum mechanics is not only asking us to give up notions of locality in 3-D space but our notions of time too… Language fails us at this point.”

Or as the writer Terry Pratchett put it, “It’s very hard to talk quantum using a language originally designed to tell other monkeys where the ripe fruit is.”

Ananthaswamy seems to display a particular fondness for the ideas of David Bohm. In a chapter delightfully titled ‘Bohmian Rhapsody’, he describes how Bohm left the US after Princeton University refused to renew his contract. His affiliation to the Communist Party and subsequent subpoena by the House Un-American Activities Committee made him a marked man.

He went to Brazil, where, in 1951, he developed what some now call de the Broglie-Bohm theory or more broadly Bohmian mechanics. Bohm’s theory had quite a lot to say on the various thorny issues of that time, including, for example, the thought experiment commonly called Schrödinger’s cat.

Bohmian mechanics implies that the cat is either dead or alive, and is simply discovered when the observer opens the box, whereas according to the original theory, the cat is in a state of being dead-and-alive, a state that is resolved to one or the other when an observer looks inside the box. Ananthaswamy writes that it took years for Bohm and his ideas to come out of exile, possibly due to his politics and the suspicious Cold War climate.

This review doesn’t touch on the science in detail and for that, you are directed towards the book where Ananthaswamy makes painstaking explanation look graceful. Large sections of the text are devoted to walking the reader through the iterations of the double-slit experiment and the intention and logic behind the latest modification. In that sense, the book is a part of an on-going story. The experiment and the theories continue to evolve and Ananthaswamy captures that sense of flux.

It’s a sentiment that comes through in his last chapter, where he writes that over the course of his research, he has “met physicists who are deeply convinced that they are on the correct path, as they must be to summon the energy needed to devote an entire lifetime to the pursuit of the nature of reality”, while others “remain dissatisfied with the status quo, uncommitted to any one path, as they should be to discern any cracks in the foundations of quantum mechanics”.

He doesn’t shy away from areas where there are no clear answers. Rather, like the best biographers, he relishes the challenge.