A black hole is an object with such a strong gravitational pull that nothing, not even light, can escape from it. 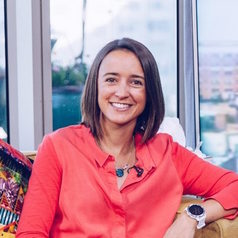 The giant black hole in our galaxy is passive, sitting by idly as galactic processes go on around it. In other galaxies, however, black holes are active: gas and dust are falling into their central supermassive black hole. This causes vast amounts of energy to be released into space and produces violent outflows of material which can travel for many thousands of kilometres through space.

The new MeerKAT telescope will help us unlock the secrets of these massive beasts, making this an exciting time for astronomers all over the world.

A black hole is an object with such a strong gravitational pull that nothing, not even light, can escape from. This occurs because they have a large mass crammed into a very small area, creating an extremely dense object.

The existence of black holes was predicted from mathematical theories by physicist Albert Einstein, astronomer and physicist Karl Schwarzschild and others several decades before they were first discovered.

Most black holes are about 10 times heavier than our sun. They are formed when the core of a large star collapses at the end of its life, leaving behind an extremely dense object. There are millions of these small black holes in our galaxy alone.

“Supermassive” black holes are particularly heavy black holes which are found at the centre of almost every galaxy. These black holes are millions to billions of times more massive than our sun – which is where they get their name from – and exactly how they form is still a mystery.

Astronomers first realised there is a black hole at the centre of our own galaxy by looking at the motion of the stars very close to the centre and realising that they must be orbiting something very heavy that we can’t see. The only thing that could be this massive and fit into such a small piece of space is a very heavy black hole.

In the Milky Way

We’ve recently made the best image yet of the area around the supermassive black hole at the heart of the Milky Way using the brand new MeerKAT telescope. MeerKAT consists of 64 dishes, each 13.5m across, situated in South Africa’s Northern Cape province. It will eventually be incorporated into the Square Kilometre Array (SKA) – an ambitious project to build the world’s largest radio telescope. Launched in July, MeerKAT is already the largest and most sensitive radio telescope in the southern hemisphere.

With this powerful new machine, we’ve been able to produce the clearest image yet of the centre of our galaxy – you can see it at the top of this story. This extraordinary image provides a wealth of new information about the heart of the Milky Way. The supermassive black hole itself is in the middle of the bright patch at the centre of the image; it’s surrounded by plasma which is glowing brightly.

The bright, spark-like, filamentary structures in the image have never been seen in such detail before and their exact origin remains a mystery. They are seen close to the supermassive black hole but nowhere else in the galaxy.

This stunning image also provides a clearer view of features that have previously been observed in the Milky Way – among them the bubble-like objects on the left-hand side of the image. These are shock waves caused when a star explodes in a supernova at the end of its life. As part of this processes the core of the star collapses and may create a small black hole.

Our galaxy isn’t the only one with a supermassive black hole at its centre. In fact astronomers think that almost all galaxies contain a similar giant black hole.

In nine out of 10 galaxies, including our own, the supermassive black hole is passive: it minds its own business while the galaxy continues as normal around it.

Other supermassive black holes are feeding on nearby gas and dust, causing a colossal amount of energy to be released. In many cases, this causes the region around the central black hole to glow so brightly that it outshines the total light from all of the stars in the galaxy.

Some of these black holes also produce powerful jets of lightning-fast particles, which travel for many thousands of kilometres through space. I am using the MeerKAT telescope to study these giant jets, and the role they play in the life cycle of galaxies, like our Milky Way. It’s early days for my research, but I soon hope to provide some valuable answers to our many questions about these jets.

It’s early days for MeerKAT, too: it has just started science operations. That means the best is yet to come. More data and more images will help us to understand our galaxy and others far better than we ever have before.