Not Helping: WHO Is Confused About Whether SARS-CoV-2 'Leaked From a Lab'

By controlling every aspect of the origins investigation, the Chinese government has closed off every avenue to disprove that it isn't influencing the investigation's outcomes. 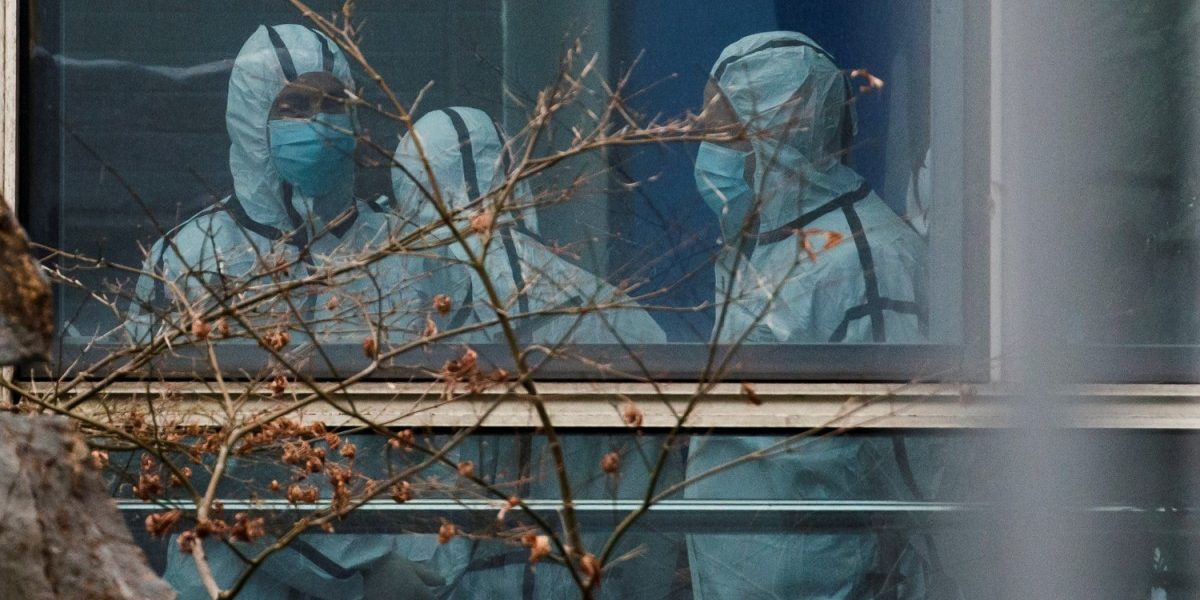 Members of the WHO team tasked with investigating the origins of COVID-19 don PPE during a visit to the Hubei Animal Epidemic Disease Prevention and Control Center, Wuhan, February 2, 2021. Photo: Reuters/Thomas Peter

The WHO has issued conflicting messages about the novel coronavirus’s origins, as a result reviving an unlikely debate about whether the virus really could have escaped into the wild from a biosafety lab in Wuhan, China.

Researchers have been able to date the first human cases of the novel coronavirus to late 2019, in China. These infections first hit international headlines in January 2020 after an outbreak in Hubei province attracted the WHO’s attention. Since then, the virus has spread around the planet via humans, infected 107.8 million (cumulative) and killed 2.3 million, and has thrown the world into chaos.

Through most of 2020, scientists have been busy investigating the new virus’s structure and biochemistry, its infection’s salient characteristics and developing antiviral drugs and vaccines to help save lives and allow economic activities to resume.

Some scientists have also been curious about how the new virus could have emerged in the wild. They have said knowing the virus’s origins could help decipher the conditions in which these microbes ‘jump’ from wild animals to humans, how they evolve in the first place, and how human pressures like deforestation and climate change can influence the likelihood of these events.

China has complicated this investigation. The leaders of some countries – but especially Trump’s USA and Australia – have alleged that the Chinese government has obfuscated COVID-19’s origins by withholding important information from the WHO and other bodies.

In February 2020, a team of WHO scientists visited China and came away praising Chinese authorities’ efforts to contain the outbreak. But in November, the New York Times reported that in an effort to ensure China cooperated with WHO processes, the WHO gave the Asian superpower too many concessions – but at the same time compromised a review of China’s initial response to the outbreak.

In May 2020, India’s health minister Harsh Vardhan took over as the chairman of the World Health Assembly, the body that determines the WHO’s agenda. The assembly resolved to investigate the virus’s origins, with China demanding that the investigation be led by the WHO and happen once the country had brought its COVID-19 epidemic under control.

An international team of researchers commenced this project in January, planning to visit the Wuhan Institute of Virology, the Huanan wet market and a laboratory of the Wuhan Centre for Disease Control. Reuters reported that they wouldn’t interview any community members in Wuhan “due to health restrictions”.

On February 9, one member of the investigating team said at a press conference that of the four possibilities the WHO was considering of the virus’s origins, the team would reject one: that the virus accidentally leaked from a level-4 biosafety (highest level of precautions) lab in Wuhan.

But on February 12, WHO director-general Tedros Adhanom Ghebreyesus told journalists that the WHO considers all hypotheses to still be “open” and requiring “further study”. Experts have taken this to mean the “lab leak” possibility is still on the table and hasn’t been eliminated.

The other three possible origins are:

China has repeatedly denied that the virus leaked from a lab – but at the same time it hasn’t allowed independent researchers free access to its medical and research facilities, local experts or hospital data. BBC’s journalists even reported being followed around in Yunnan province and being told by local police that they need to stay away.

US President Donald Trump’s provocative comments calling SARS-CoV-2 a “Chinese virus” and berating the WHO for favouring China, with no substantiation, further muddled public debate and prevented any collaboration between agencies of the two countries. But while Trump didn’t help, it wasn’t as if China was keen to open up either.

For many months, the only major statement that the virus was natural was by Shi Zhengli, a scientist at the Wuhan Institute of Virology whose team was studying bat coronaviruses. She demanded an apology from Trump for “jeopardising the scientists’ academic and personal life”.

Science magazine quoted an evolutionary biologist in the US saying Shi’s words about the virus’s characteristics were “all logical, genuine and stick to the science as one would have expected from a world-class scientist and one of the leading experts on coronaviruses.” 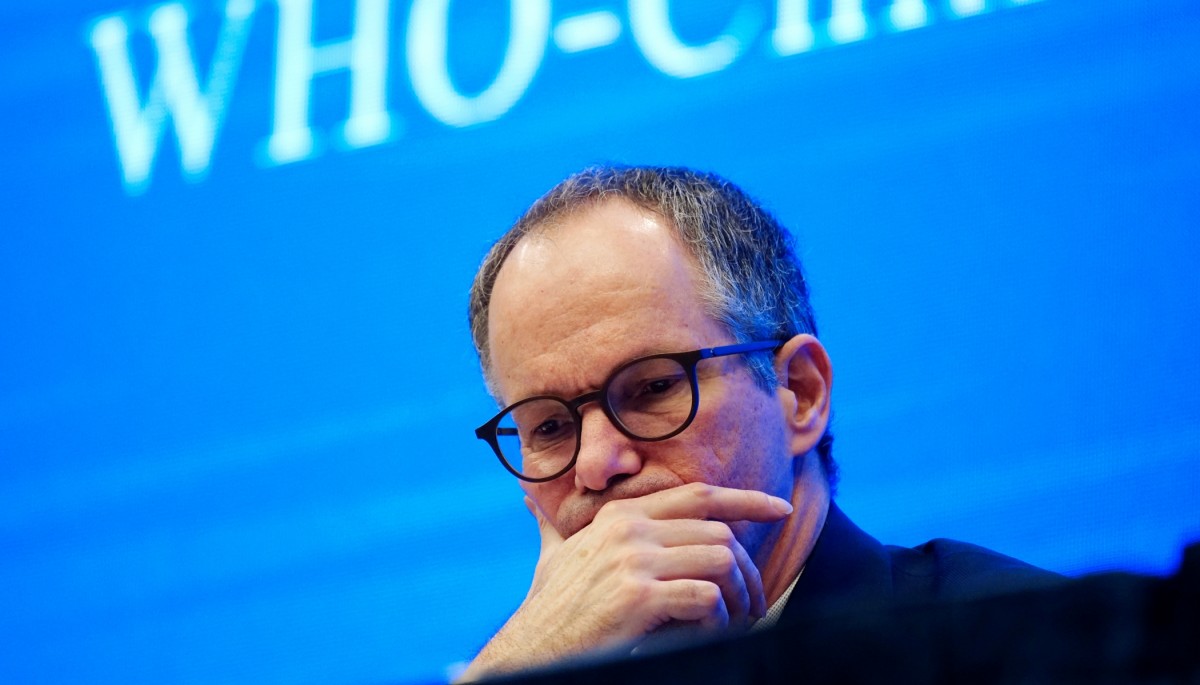 Peter Ben Embarek, the joint leader of the WHO’s investigation team (along with China’s Liang Wannian), seemed to echo her words when he said on February 9 that the “leak hypothesis” was the most unlikely, and that the team would focus its efforts on the second possibility: of the virus ‘jumping’ from a wild animal to one that humans are known to domesticate, and then to humans.

However, Shi’s and Embarek’s assurances were accompanied by different levels of information. For example, experts asked how the team could make a new decision after no new evidence had emerged to favour one idea over another. They also pointed to holes in the team’s reasoning and the implications for doubts about whether China is still trying to bend the narrative in its favour.

According to Embarek, the “leak hypothesis” is disfavoured because “nowhere previously was this particular virus researched or identified or known. There had been no publications and no reports of this virus, or another virus extremely closely linked to this, being worked with in any laboratory in the world.”

But experts have asked why Embarek & co. haven’t investigated allegations that researchers at the Wuhan Institute of Virology have been known to befog their work and that the institute’s public database of viruses was suddenly taken offline early last year.

Filippa Lentzos wrote for Bulletin of the Atomic Scientists that Embarek’s inclination to dismiss the “leak hypothesis” is also flawed because he believes such leaks are “very unlikely” and “extremely rare”. She contented that rarity alone wouldn’t dismiss the possibility, and quoted investigative journalist Alison Young saying, “Lab accidents aren’t rare. What’s rare are accidents causing documented outbreaks. But those have happened, including with the first SARS virus.”

Lentzos went on to write that the team doesn’t appear to have considered an accidental infection of a researcher at the institute, logs of the institute’s adherence to daily safety protocols, detailed records from the labs that were studying coronaviruses, raw genomic data, etc.

However, scientists have cautioned people to be careful about interpreting circumstantial evidence. For example, the “lab leak” hypothesis received an early boost because the Wuhan Institute of Virology is located close to the Huanan wet market, which many of the virus’s first victims had reportedly visited. And it seemed suspicious that both the new virus and the subject of researchers’ study at the institute belonged to the Coronaviridae family…

… or it would be if not for one detail: coronaviruses have already been responsible for two major infectious disease outbreaks this century (SARS and MERS). So it is only to be expected that virologists are working with ‘known defaulters’ instead of other viruses.

In fact, the “leak hypothesis” has not been popular among independent scientists because all the reasons in its favour have been circumstantial, not conclusive, and also because there is a smattering of data that makes it unlikely. As Prasad Ravindranath, science editor of The Hindu, pointed out, the virus’s genome doesn’t contain any indication of human tampering.

This is an important point: that there is every chance that the virus could have evolved naturally. So it is very difficult for scientists to rule out the possibility of a natural origin (followed by one of the three other routes to the human population). This means any team will have to find incontrovertible proof of the institute’s or any other facility’s involvement to be able to claim that the virus “leaked” from a lab. Such proof doesn’t exist.

Ravindranath quoted David Robertson, a professor of viral genomics at the University of Glasgow Centre for Virus Research, saying, “Although showing differences in sequence similarity, SARS-CoV-2 looks very much like a natural virus transferred from the same horseshoe bat species as the first SARS virus, and is now evolving as would be expected in the human population.”

Ravindranath also noted that the novel coronavirus’s receptor binding domain resembled that of coronaviruses isolated from some pangolins, leading to speculation last year that pangolins could have been the intermediary species.

Shot in the foot 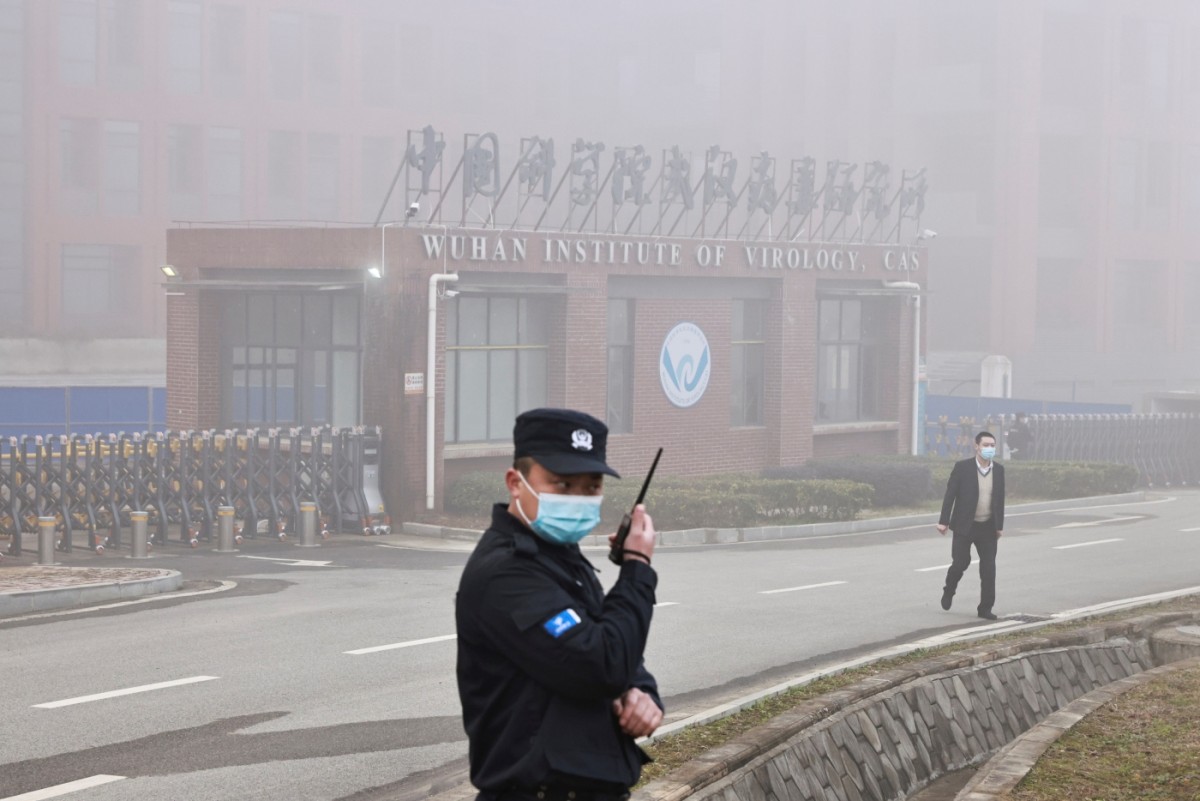 Taken together: there is no data at present to prove that the “leak hypothesis” is true – but the investigators’ inability to provide good reasons to reject the hypothesis, even as they seem intent on rejecting it, is what observers find troubling. This in turn has opened the door to reservations about international politics affecting what had to be, but perhaps never could be, a thoroughly scientific investigation.

However, Shambhavi Naik, a research fellow at the Takshashila Institution, had cautioned in May 2020 that political issues were likely to muddy the WHO investigation of the virus’s origins because of the WHO’s limited mandate and the “reputation cost” associated with allegations – popular at the time – that the virus could be a “bioweapon”.

The need for solid proof raises its head here as well. The WHO may not be interested in “bioweapon” claims because this is the domain of the Biological Weapons Convention. The convention requires a member country to lodge a request for an investigation and can’t pursue one of its own volition. And if at the end it doesn’t find any evidence for the “leak hypothesis,” Naik wrote, “the political and diplomatic fallout for the complainant” could be “massive” for having offended China.

Ultimately, China may be its own undoing. By closely controlling every aspect of the origins investigation, the Chinese government has closed off every avenue to disprove that this control isn’t influencing the WHO investigation’s outcomes.

The WHO team has left China, saying it may return to other locations around the country – and explore possibilities that the virus could have originated in other countries before popping up in Hubei – in future. However, Gerry Shih and Emily Rauhala reported that the Chinese media had launched narratives freeing the country of blame for the pandemic and of Chinese ministers asking for the WHO to investigate US labs – by February 9 itself. As a result, they wrote, “the UN health agency has been caught in the middle” and China “is already trying to move on”.