Shear wave elastography is non-invasive, less expensive than other techniques and also promises to be more reliable. 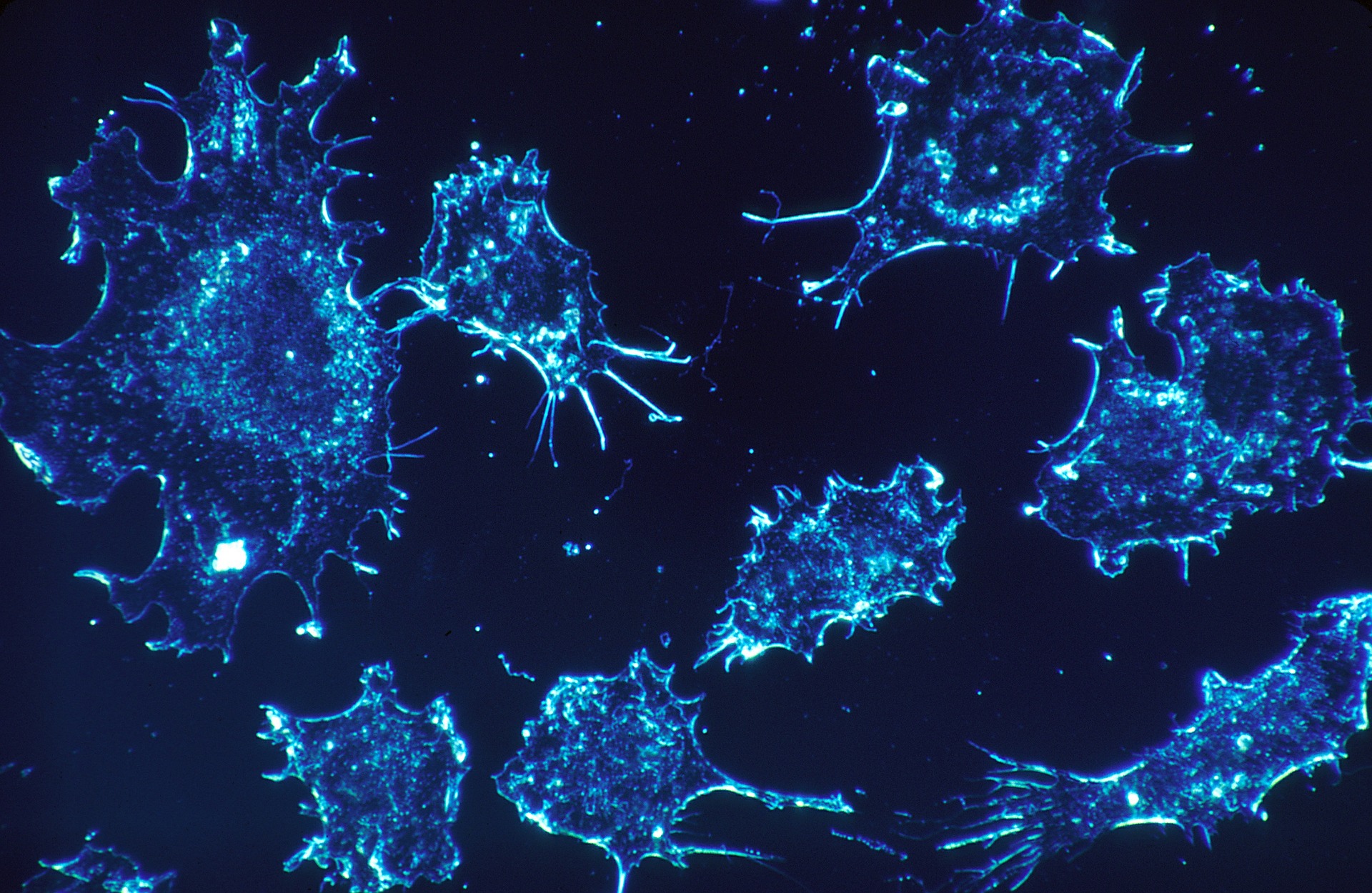 Cancer cells as seen under an electron microscope. Credit: skeeze/pixabay

A team of researchers led by Ghulam Nabi from the University of Dundee, Scotland, has identified a new way to diagnose prostate cancer using a technique called shear wave elastography. Prostate cancer is the most common cancer among men in the UK and the second most frequently diagnosed male cancer worldwide.

The new diagnostic technique is non-invasive and less expensive, according to the research study, and promises to offer “much greater accuracy and reliability” than the tests currently in use. The study was published in the Journal of Urology in March 2018.

“This technique is based on the measurement of tissue stiffness, and [cancerous tissues] are stiffer than normal,” Nabi, the clinical head of the division of cancer research at the University of Dundee, told The Wire. “The shear wave technique also avoids compressing tissue to measure its elasticity, which used to be a problem with previous elastography methods.”

Nabi has been working on shear wave elastography (SWE) for five years.

“Prostate cancer is one of the most difficult cancers to pinpoint. We are still in a position where our diagnosis of prostate cancer is extremely inefficient, leading to unnecessary treatments for many patients,” Nabi told the BBC. On the other hand, he said that the new treatment was “like someone had turned the lights on in a darkened room.”

“We have had cases where the SWE technique has picked up cancers that MRI did not reveal. We can now see with much greater accuracy what tissue is cancerous, where it is and what level of treatment it needs.”

Voonna Murali Krishna, a surgical oncologist at the Mahatma Gandhi Cancer Hospital and Research Institute, Visakhapatnam, told The Wire that SWE is an established ultrasound technique that has proved to be useful in identifying early cancers in many solid organs, like the liver and breasts. “It can differentiate between benign tumours and cancers,” he said. “In the same fashion it may be useful in identifying early cancers of the prostate.”

Unlike in the UK, prostate is not that common in India. “And there are no proper screening guidelines or practices in India due to the huge population and lack of resources like finances and the availability of technology and expertise,” he said, adding that the cost benefit ratio is thus poor in India. “At our institute, we use PSMA, PET, CT, etc., for identifying early cancers of the prostate. However, [SWE] is going to be a very promising tool in the future.”

N. Upendra Kumar, a senior consultant urologist and uro-oncologist at the Krishna Institute of Medical Sciences, Hyderabad, said that because SWE is a non-invasive procedure that is also agnostic of its operator, it is bound to be highly reliable in detecting prostate cancer and differentiating between benign and non-benign lesions. In turn, unnecessary biopsies can be avoided and only a guided biopsy can be performed the tests return positive.

Additionally, “in the present study, they have shown reliability in [identifying prostate carcinoma] based on their malignancy, and also the margin status and local stage of the disease, which is unique,” Kumar said.

However, SWE isn’t fully out of the testing stage yet. For one, according to Kumar, SWE has thus far been tested only at one centre, and there could also have been selection bias. Next, while SWE has been able to identify “low-grade lesions” unlike other tests, the results will have to be validated by a new test before the technique can enter the market.

The technique “needs to be standardised and a multi-centre prospective trial needs to be done without any selection bias”.

According to Nabi, the prevailing methods of diagnosing prostate cancer in India and other parts of the world, including the UK, are inefficient and lead to over-treatment, excessive spending as well as debilitating side-effects. “With a negative predictive value of 97.8% for the detection of significant cancers in prostate, this technique [could] help us avoid unnecessary treatment and perhaps channelise our resources for the few who need urgent treatment,” he said.

Nabi added that the SWE results from breast cancer and thyroid have also been encouraging.