While other commentators took Bedi’s claim to the cleaners, a physicist and astronomer advanced the most informative rebuttal. 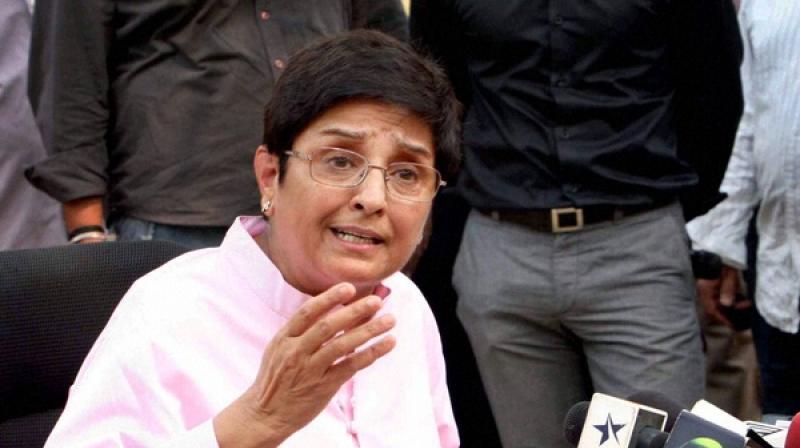 Kiran Bedi, the former IPS officer and the incumbent lieutenant governor of Puducherry, shared a tweet on January 4 that claimed to play the sound produced by the Sun as recorded by NASA.

The tweet’s claim was clearly false – the low-quality images and sound it contained were a dead giveaway – but was given new life by Bedi’s 12 million followers on the platform as well as her affiliation to the Bharatiya Janata Party, the propensity of whose members to spew pseudoscientific claims is only too well known.

While other commentators took Bedi’s endorsement to the cleaners, perhaps the most informative rebuttal came from Dibyendu Nandi, a physicist and astronomer at the Indian Institute of Science Education and Research (IISER), Kolkata.

In a tweet thread, Nandi – giving Bedi the benefit of the doubt and speculating that her tweet was an “honest mistake” – set about explaining the field of study that endeavours to understand the Sun’s interior: helioseismology.

According to Nandi, the superhot plasma in the star’s convection zone, which is the uppermost layer of the inside, is constantly churned by the convective motion due to temperature and pressure.

Convection is a process in which hotter, lighter material rises up to the surface, radiates its heat away, cools and then sinks back again.

As a result, the plasma produces waves of energy, like water splashed around inside a tub might, that travel to the surface. When they strike the surface, they set off ripples that specially designed instruments can spot and observe from a distance.

Also read: Pseudoscientific Claims Are Irrational – but That’s Not Their Biggest Danger

“Given our understanding of the internal structure of stars,” Nandi wrote, “scientists solve theoretical equations describing sound wave propagation to predict how these surface oscillations should look like. But these equations do not account for plasma motions inside the Sun.”

So based on how the actual observations differ from their calculated values, scientists can infer how the plasma is jostling around inside the Sun. This knowledge can then be used to predict the solar sunspot cycle and occurrence of solar storms, which have been known to disrupt communications from satellites around Earth as well as other planets.

Nandi said that in India, scientists at the Centre of Excellence in Space Sciences India, at IISER Kolkata, the Tata Institute of Fundamental Research in Mumbai and the Indian Institute of Astrophysics in Bengaluru “study the ‘sound’ of the Sun” to understand how this tremendous source of energy works.

The Dopplergram instruments required to obtain the corresponding measurements are available with the Global Oscillation Network Group, which is a collaboration of six observatories – including the Udaipur Solar Observatory – that together provide almost continuous data about the Sun.

Also read: A Telescope that Gives India a New Place in the Sun

Nandi concluded his instructive thread, “Om being chanted with feeling is a pleasure to listen to. I find it deeply relaxing and rejuvenating. It does not need any further dubious or fake propaganda.” He added that he hoped Bedi would now enlighten others.

Bedi was unrepentant, however. On the morning of January 5, she tweeted again, this time with an infographic purporting to explain the logographic significance of the om symbol (ॐ) and dismissing the backlash as a matter of choice.